illogika is a game development company
focusing on making 3D games for iOS, Android and for the Web.
We use the Unity cross-platform engine to build and deploy our
games.

This development company does not have reviews. If you have worked with iLLOGIKA, you can be the first to submit a review. 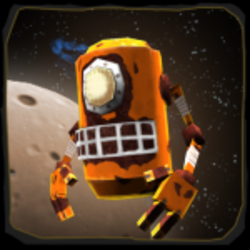 Buckle up, and get ready to take on an inter-planetary duel for honor. Steam Wars takes you straight to a steam-punk style universe, and pits you head to head against your arch-enemy. Outsmart and destroy him on every 3D planet, using the environment to your advantage.

DEADLY WEAPONS
Use the different weapons and their upgrades to power up your robot, from the simple cannonball to the deadly and ultra-precise orbital destroyer. But watch your steam level...

TACTICAL ENVIRONMENTS
Use your environment to your advantage: hide behind walls, transport to another point on the planet, activate land mines, and throw your opponent on shredding turbines!

CONQUER WORLDS
Fight your way to victory on a series of beautiful 3D planets, each with its own gravity, size and terrain. Unlock them all!

FIGHT FOR HONOR
Collect honor points for every battle won. A streak of wins will boost your score and unlock even more assets.

CHOOSE YOUR SIDE
Fight either as the humorous and mild-mannered British Captain Raynard, or control the ruthless Austrian Dr. Von Austerlitz.

LEADERBOARDS AND ACHIEVEMENTS
Using the OpenFeint platform, compare your score against the world and unlock up to 20 achievement trophies.

Steam Wars is both a strategy and shooter game. If you enjoyed the likes of Tank Wars, Scorched Earth, iShoot or Snake Galaxy, you'll love Steam Wars.

Created and published by illogika Studios.