Xamarin vs. PhoneGap: Which One to Choose? 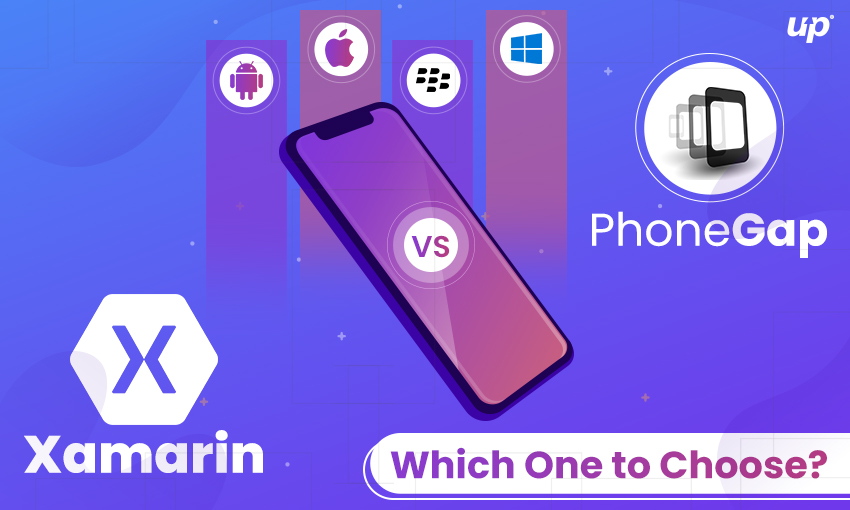 We live in an era of technology where mobile apps are one of the best ways to reach out to the customers. There exist various operating systems like android, iOS, Windows, and more that require a lot of source codes. However, for this, it is quite necessary for the developers to maintain, update, and create new codes at regular intervals.

This entire procedure is time-consuming and can lead to complexity. Hence, cross-platform apps have become one of the best ways to efficiently create flexible and native mobile apps in today’s world. It helps in providing a platform with usable and sharable code, which can be changed to work on various mobile platforms.

There are multiple benefits of cross-platform apps, and some of these are:

But one of the toughest challenges is to choose the best cross-platform app which can run smoothly on all operating systems. PhoneGap and Xamarin are the popular frameworks that we come across while choosing the best cross-platform solutions. Therefore, in this blog, I am going to explain the difference between PhoneGap and Xamarin, so that you can make your choice easily.

An Overview on PhoneGap

PhoneGap is a distribution of Apache Cordova. It is an open-source, cross-platform tool that builds apps with HTML, CSS, and JavaScript. It is a collection of HTML pages integrated into a native app shell, which are then moved to native platforms via APIs. The files available in PhoneGap are similar to a bulk of HTML pages in a native application rendered over native platforms with native APIs. Moreover, it works alongside frameworks like Ionic, jQuery Mobile, and Backbone.js. This platform keeps the files in cloud-based service ‘Build’ or the local directory that can accumulate numerous applications and operating systems devoid of having to set up SDKs of each platform.

An Overview on Xamarin

On the other hand, Xamarin is a cross-platform tool that creates native codes using C# within the .net framework. It uses native APIs and UI for various platforms. Xamarin Forms is one of its features with GUI that writes applications in shared mutual UI once and change them to particular platform UIs for platform-specific apps.

A Brief Comparison Between PhoneGap and Xamarin 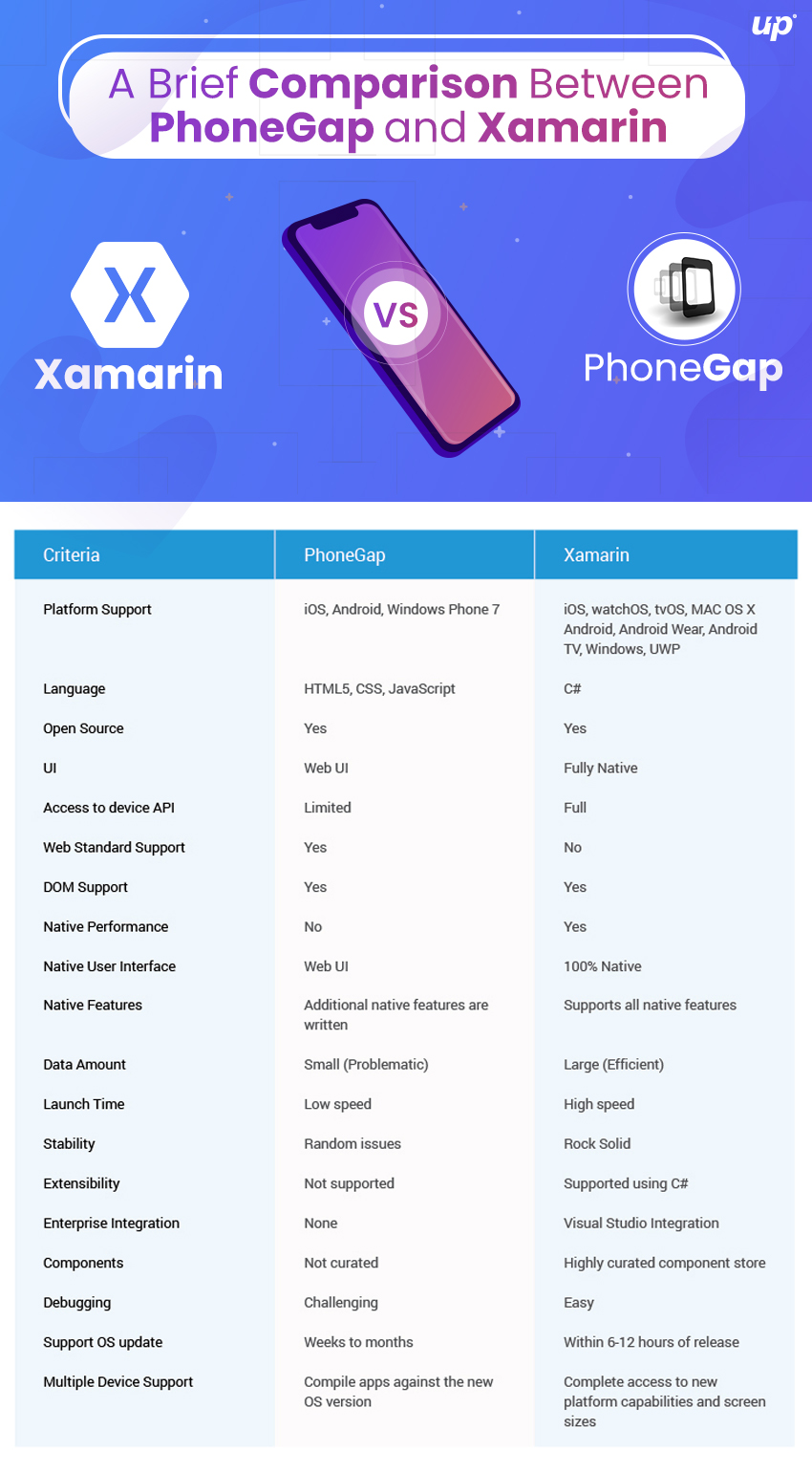 PhoneGap is simple compared to Xamarin, as it has a very low barrier to entry because most developers are well acquainted with HTML, CSS, and JavaScript. Since PhoneGap has direct access to the library of Cordova plugins, it allows the developers to do more with native components such as file transfer, geolocation to cameras, and push notifications.

PhoneGap is even compatible with SDK plugins, with which mobile application developers can add native elements straightforwardly without any code. While hand, Xamarin applications get 100% native performance as they use Xamarin Forms as well as Xamarin Native to create UI that renders on native controls. The apps are slightly large, in size, as they must have their own .Net runtime, in order to experience entire UI. As a result, it is vital to be ready with resource capacity.

One of the core benefits of Xamarin is that it is capable of making updates, changes, and improvements to the app over the lifespan of an app. Whereas PhoneGap features a paired desktop and mobile app setup that features templates to make changes and allow us to work locally.

PhoneGap elongates mobile applications with the help of third-party utilities such as Amazon and Paypal for payment activity, authentication, and drag-and-drop design. Xamarin works wonderfully with a C# shared code among different platforms in very less time and resources.

Also, ‘PhoneGap Build’ is a cloud-based service, which consists of JavaScript, HTML, and CSS, and to native code devoid of the necessity to install SDKs for each platform. While, Xamarin has ‘TestCloud’ which permits the developer to create, test, and regulate the app in the cloud, automatically at regular intervals.

It is quite evident that both frameworks can build a wonderful mobile app. Nevertheless, your selection will depend on which framework will let trouble-free development and usability.

PhoneGap is supposed to be one of the most excellent frameworks to study. Though, it has UI restrictions, difficult native code integration, and functional limits. Whereas, Xamarin is a real native application with cross-platform advantages and stability; nonetheless, the problem is that it needs a learning curve.

A Xamarin Application Development Service is the favored alternative for marketers as it is stable. Xamarin is a better preference contrasted to PhoneGap in a case; you are searching for long-term advertising scalability.

Our app developers have finished Xamarin as the perfect tactic as it offers a 100% native app as compared to PhoneGap. Are you all set for Xamarin? Get to know more about from our specialized team.

How a Mobile App Can Be a Better Choice over Websites from a Business Perspective?
How beneficial is flutter for iOS App Development?