WWDC Jun 2018: Sneak Peek into the Event and Most Important Takeaways 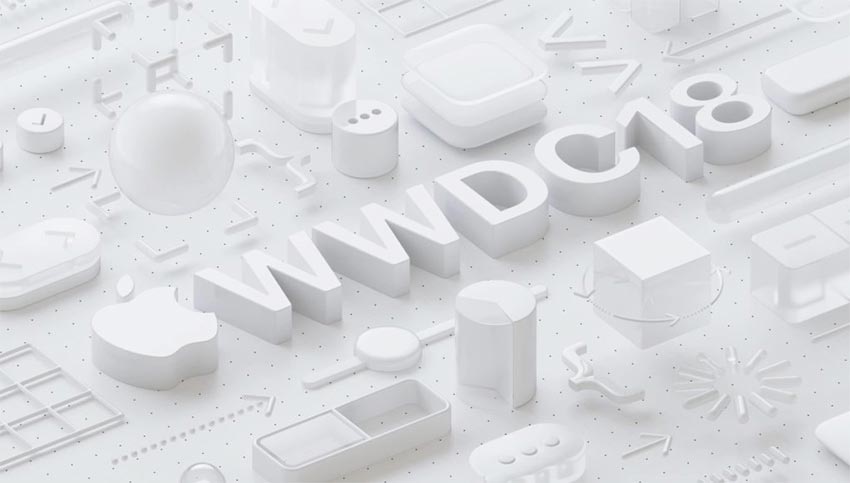 If you missed being at McEnery Convention Center, San Jose June 2018, you did miss some of the big announcement team Apple made in its annual WWDC’18 conference. While we cannot recreate the excitement and fun for you, we were keen enough to bring you the most important part of the conference.

Here is the most extensively compiled list of the major announcements that were made from Jun 4 through Jun 8:

The generation next operating system iOS 12 is focused to set the sun for iOS 11 as it is going to infuse new found speed and reliability to the iPhones and iPads. Taking the example of the iPhone 6 Plus, the team announced that iOS 12 will make application launching 40% faster than iOS 11. The keyboard will be launching 50% faster while the camera App takes the lion’s share of 70% increment in it launch speed.

Group notifications and Group FaceTime (up to 32 participants) are few smaller but most awaited tweaks added to iOS 12. A few new Animoji’s and improvement in Siri’s Live performance for IoT is a big change. Sending signals to the device tracker and setting up thermostat are some of the shortcuts Siri can now help you with.

The success of games like Pokemon Go was a clear indication that AR is the future of gaming, e-commerce and more. To pave a stronger foot in the arena, Apple rolled out ARKit 2.0 that proclaims to support multiplayer gaming and persistent content presentation. The rendering will be more realistic while face tracking will improve. The real-life objects can now be shared by the ARKit 2.0. A good example of this would be that a Lego Set can be scanned and bought to AR and it will allow multiple players to play it.

Apple has been expanding its operating system abilities so that the human screen time is reduced. Focusing on the development of its 'Do Not Disturb During Bedtime' mode, not only will your iPhone turn to silent but the notifications will not even clutter your screen with lights unless you unlock the screen in the morning.

Some of the critical alerts will be allowed to barge in though and the user can set the priority.

Create an Animoji that is your customized avatar. The feature has been bought in to make iMessage more popular. The Animoji behaves just like you in real-time. If you move your head it will do the same.

The launch of watchOS 5

Apple watch is about to receive its new features. The features are primarily the trending workouts like challenging a friend, Yoga and the intelligent workout detection. Apple Watch is all set to come across as the health buddy so that its positions itself strong in the health segment too.

Parents are going to love Apple for this. The iOS 12 is all set to track the usage of selected Apps and put a time limit on the usage of these Apps. Giving more control in the hands of parents, it is also a very good feature to control the unmindful use of a phone that is a part of the digital wellness initiative.

Siri can now be customized by its users. The Apple user can give a command to Siri and the assistant will do the preset functions. Like if a user says a command “I am leaving from office”, Siri will now automatically send a message to the number (Wife’s number) that has been custom set by the user and send a message of estimated time of arrival to home. Initiative to make Siri a strong contender to Alexa.

Announcing the launch of Mojave – a Mac operating system, Apple is bringing more organization to the MacBook. The new set of features will allow a new style of viewing files in the Finder and intelligent file stacking for quick and easy to file finding. As MacOS is a prominent player of Apple ecosystem, its updates were not missed in WWDC 2018 too.

Some of the Apple’s competitors were allowing their smartwatches to be used as a walkie-talkie. It was a noticeable factor impacting the sales indicating users needed this feature. Apple announced the new Walkie Talkie mode of Apple Watch that will be functional by fall 2018.

Apple App store is a decade old now and the Mac App Store is also the same. It was a long pending job to improve the interface of the Mac App store that has been achieved this year. A tabular placement and grouping of Apps will make it easy for users to find the relevant App and rate them too.

Apple ecosystem has been growing tremendously with the introduction of multiple devices and the devices becoming smarter. With Apple Store being just a decade old and 500 million active users being part of the same, it is a considerable figure to be celebrated.

iPhone X with iOS 11 gets kind of annoying at times and iOS 12 brings fixes to that.

When you spend so much on iPhone X, you expect it to be the best performance wise. In iOS 11 closing of Apps was the most irritating feature. It required press all the apps down until they would group and then close each App. iOS 12 has made it easier as all that needs to be done is slide the open App up and close it from the multitasking menu.

iOS 12 now disables the take a screenshot functionality of volume buttons so that your iPhone X does not get cluttered by the random screenshots accidentally.

Apple iOS 12 leverages the power of NFC that would allow you to use the iPhone as an ID proof even if your battery is drained. This feature will allow express card users save some power reserve for the usage of a metro card or student ID. Solving this problem forever, the NFC terminals will now detect the ID’s even from your battery drained iPhone.

Apple WWDC 2018 was a huge success. The big and major announcements are a clear indication to the Apple Application development community to tie up the laces to keep pace with the developmental changes we are about to witness. Apple introduced some features this year that makes it a strong competitor to existing players in the field of AI and more.