Will 2016 be the year for Virtual Reality based mobile apps? 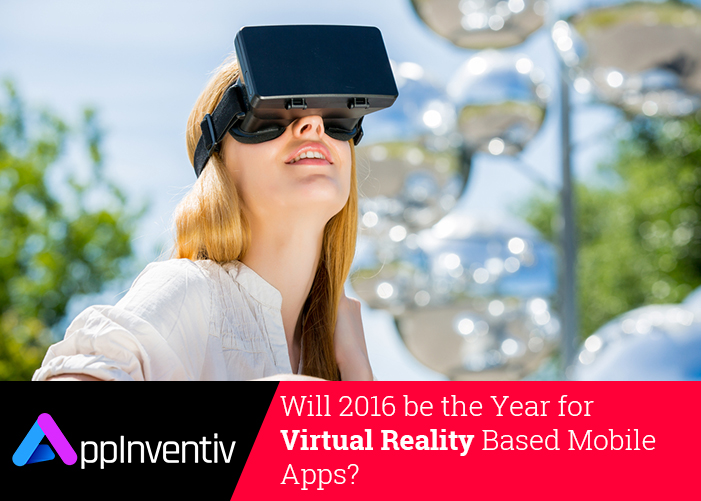 The year 2016 is going to witness the focus of smartphones and tablets towards latest technologies, from wearables, beacons, Augmented Reality to Virtual Reality, being one of the prominent technologies as it is emerging rapidly. In this blog, Appinventiv will cover Virtual Reality and its impact on the mobile space and mobile app development companies in detail.

Virtual reality (VR) has emerged as the next big thing. And, 2016 being the year of VR, would definitely be the year of ground-breaking gadgets and innovative technologies on this. But with every emerging technology, there are some questions that arise like: Will VR become the mainstream technology? By when? Will it open new opportunities for businesses? And: Will we see businesses and start-ups enter the market with VR pitches? Let’s take a look at the opportunities and developments we are going to witness in relation with VR.

Virtual Reality to go from ‘impossible’ to ‘impossibly easy’

In 2014, Facebook acquired Oculus VRfor $2 billion and in March, this year, the first Oculus Rift VR headset is expected to be launched. At the time of Oculus acquisition, Mark Zuckerberg’s investment outlook has little focus on just another category for PC or any other gaming console. The focus, instead, was to invest in something new and trending, something that can become part of everyone’s daily lives in the future to come.

In an interview he said: “For billions of people, one day this pioneering technology will become crucial for their daily lives.” For those who have been waiting since long, the good news is that, by March 2016, Oculus Rift VR headset will be available for pre-orders and sale. In consequence with this move, many leading brands like Sony, HTC have also started working on VR. They are about to launch their play stations very soon. Tech and search giant Apple and Google are no exception to this race. Google will be launching its standalone VR headset very soon.

On the other hand, VR headsets are really expensive and require compelling PCs or latest smartphones to support and run. That’s why, Google has already started shipping more than 5 million units of Google Cardboard VR. Factoring these moves from tech giants, it seems that VR will be a mainstream technology in the near future. According to Palmer Luckey, Founder Oculus VR: “Today, most of the users don’t have high-tech computers that are integrated with high-end graphics cards. But, undoubtedly, in the coming future, that will change. We need to wait for five or six years, and we will see that most of the computers will become capable of running ground-breaking virtual experiences.” 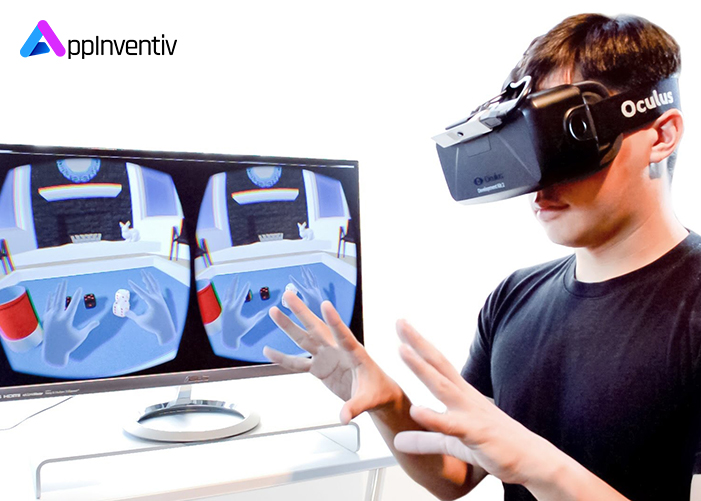 How VR Technology has impact on mobile app development?

VR is a crucial simulator that is capable of creating real physical connections, the one that has never been experienced so far. Almost a decade ago, when smartphones and tablets were launched, who would have imagined that their daily lives will be impacted by smartphones to this extent? Is your mobile app development company ready for VR mobile apps?

While the Oculus Rift headset is in the development midpoint, a whole virtual-reality industry has started emanating around a device that almost every user has in his/her pocket today. So, at this point of time, the impact that VR is going to have on the smartphones space should not surprise anyone. In fact, the ingredients that can turn your smartphone into a virtual reality wonderland are already existing. This, probably, shows that VR has a huge potential in mobile space. VR technology is leading in many verticals and enabling making many use cases that are easy and user-centric like watching a movie in virtual reality, or even playing a simple VR game. Industry wise, VR is aiming at almost all key industries including automobile, retail, medicine, gaming, manufacturing, advertising and communication.

Not just it, smartphone industry is going to become powerful beyond what currently it is. It is at its high-end trajectory today and have become undoubtedly imperative to an extend that it seems to be outpacing Xbox 360.

However, we’re only at the very beginning of the virtual reality movement, and as it always happens with every trending and upcoming technology, for VR too, things will change a million times before it settles down and becomes deeply rooted in a real sense. Anyway, your mobile app development company must get ready for VR mobile apps. May be we’ll be using VR for everything, right from engrossing games, movies to robotic surgery and even futuristic defence and military applications. Well, we can see some of these use cases prevailing even while you are reading this article.

Prateek Saxena is the Co-founder of AppInventiv, one of the fastest-growing mobile application development companies, based in Noida, India. With extensive experience in Sales, he has established himself as a highly-focused user experience expert and...