Why social networking apps are good for your business 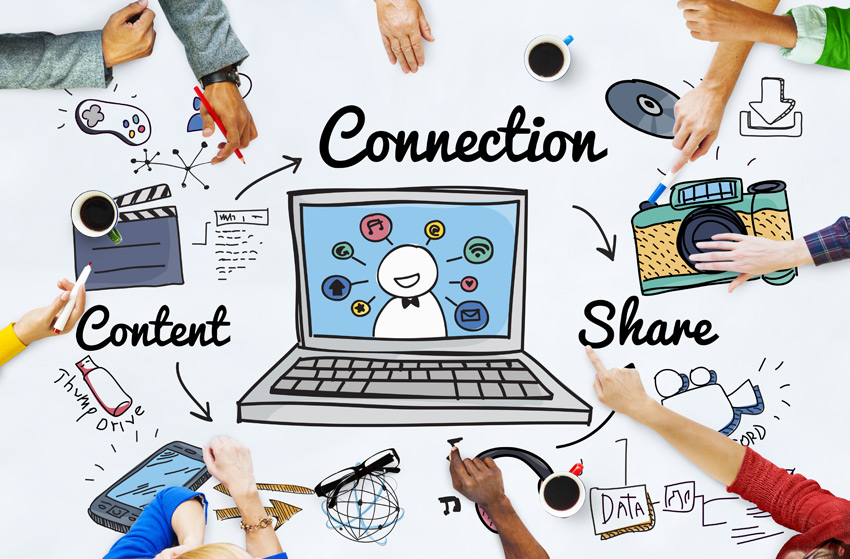 There is no denying that social networking is one of the most popular internet activities.

As of 2017 2,46 billions of internet users are social networks users. That accounts for 71% of all internet users worldwide. And, according to Statista, these figures are expected to grow. 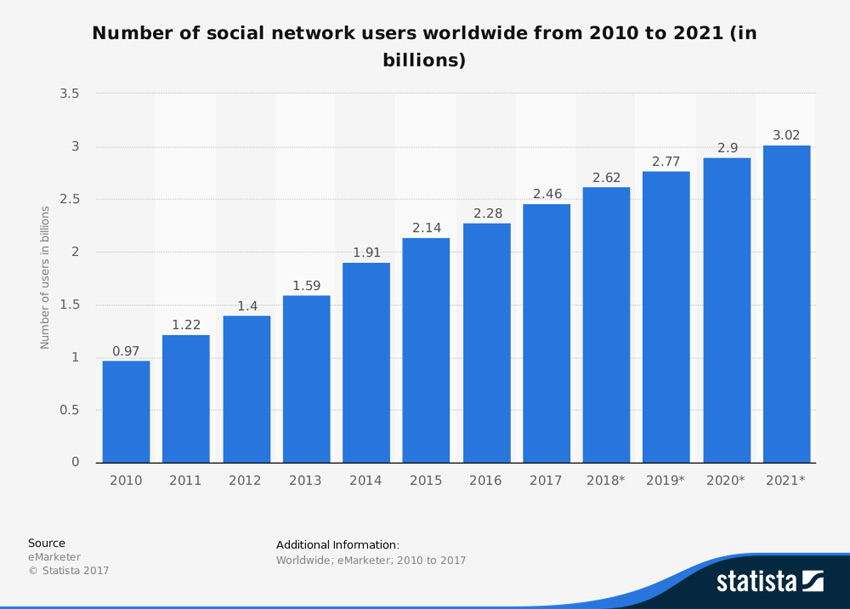 Social networking is a significant instrumental in business and digital marketing. But there is still a considerable confusion between the notion of “social networking” and “social media”. It’s a common misconception that these notions are interchangeable. To develop strong and effective marketing strategy (particularly by using social networking apps which will be in our focus a little later) it’s important to know the difference.

Let’s look into a matter together with an expert in web and mobile app development, Umbrella.

Obviously social networking and social media are both all about communication. But to really understand the difference we should start with defining the notions.

Social media is set of various forms of online communication (blogs, channels, podcasts, etc) through which users share information, ideas, personal messages, and photo or video content. It’s a one-to-many communication model. Other users can respond or comment on your posts and you are the one who own the content and produce media.

But back to social networking apps.

Today growing popularity of mobile social networking is a force to be reckoned with: this year the global mobile internet traffic (excluded tablets) has exceeded total web traffic for the first time ever. 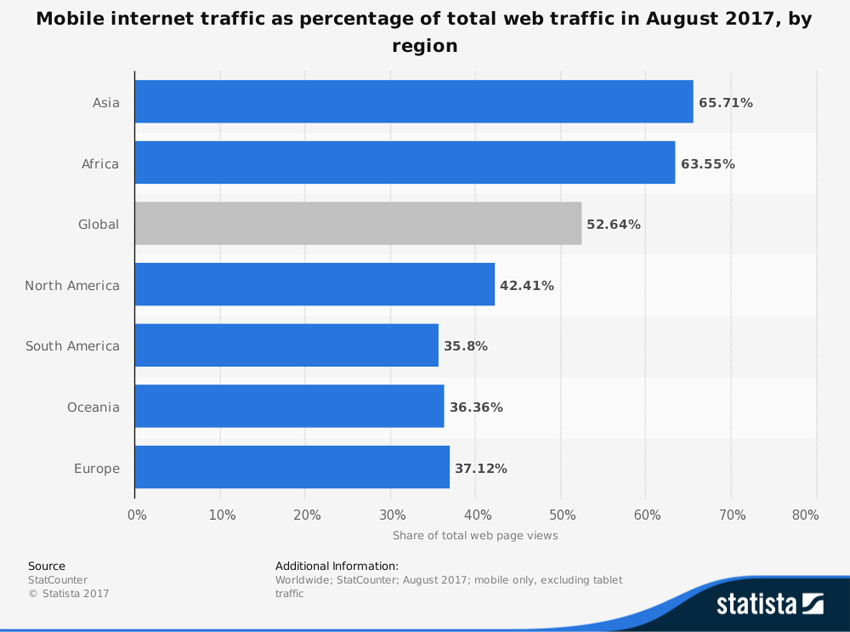 The graph also shows that in Asia and Africa mobile internet traffic has reached 65,71% and 63,55% respectively. That distribution explains why asian networking apps start to dominate. 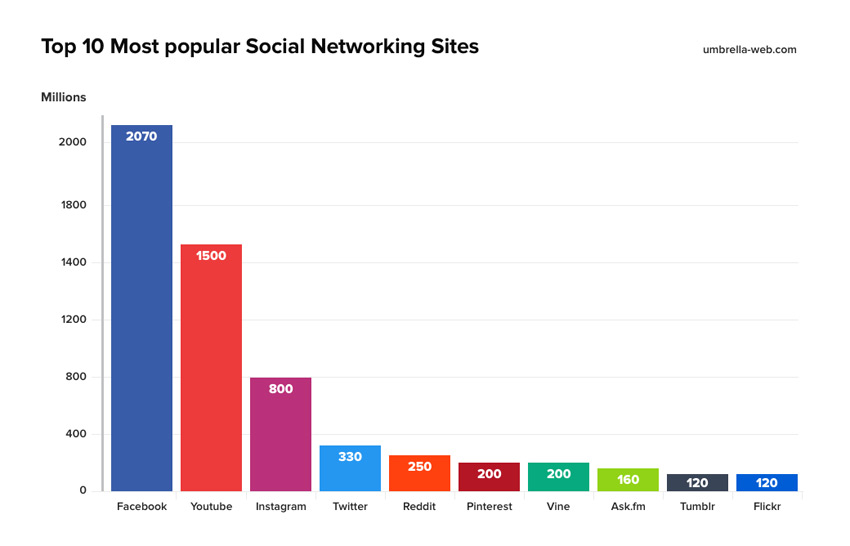 This visualization shows all the familiar faces, while the top mobile social networking looks more diverse: 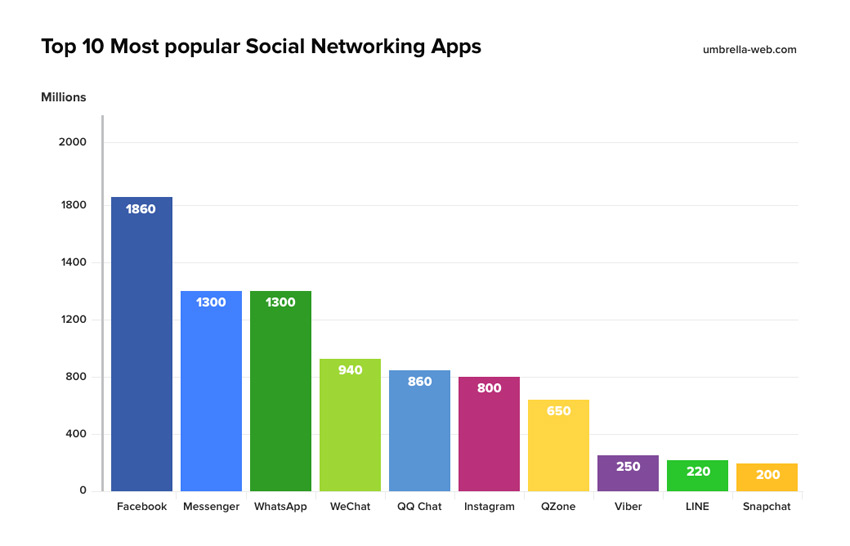 Facebook: a mobile app for the social media and social networking giant that needs no introduction. The only application on the list that wasn’t initially designed for a mobile platform.

Messenger: the app is just as straightforward as it’s called. Free instant messages and calls to the people on your contact list. It’s no coincidence that the app is integrated with Facebook as the owner is the company.

QQ Chat: another option for chinese messenger admirers. The app postures itself as a language barrier breaker that is substantiated with a built-in translator for all your chats.

Instagram: a worldwide famous social media app with the growing social networking traits. The app focuses on the user’s visual content: photos, videos, stories. But with ever increasing frequency the photo descriptions turn into the full-fledged informational texts.

LINE: an instant messaging app with full functionality and social media features: you can subscribe to the official accounts of celebrities, brands and TV shows for exclusive news, promotions and more.

Snapchat: an app that shares with Instagram its visual focus but with one crucial difference: the principal concepts of Snapchat is that pictures and messages that you send are only available for a short time before they become inaccessible. Snapchat was the one who started the “Stories” craze.

The figures speak for themselves: mobile social networking is rapidly growing and it’s high user engagement level and mobile platforms’ tech possibilities provide the business opportunities that cannot be ignored.

MAKE YOUR OWN SOCIAL NETWORKING APP

It’s important for a successful business to have access to the right marketing tools and the best mobile apps. These are the factors that can really make the difference between a successful campaign and a mediocre one.

If you think that the apps referred to in this article are not enough for you, you can always create your own - just like our clients did. JellyChip is a mobile app that helps users connect and help people in need. Users collaborate on market research surveys and earn points. The points become a currency to spend on a social cause.

Social networking apps are essential for a modern business. Once you have designed your social network and social media strategies you can effectively present your brand, promote your projects, reach and stay in touch with the right people.

Building your own social networking app makes it possible to design a unique application with any customizable features you want that will be the perfect match just for you. And if you need a partner to turn your concept into reality, contact Umbrella.

What the iOS 11.2 Beta has to offer to iOS app developers
How to integrate a payment gateway in your mobile app