Why should Enterprises use NativeScript for App Development 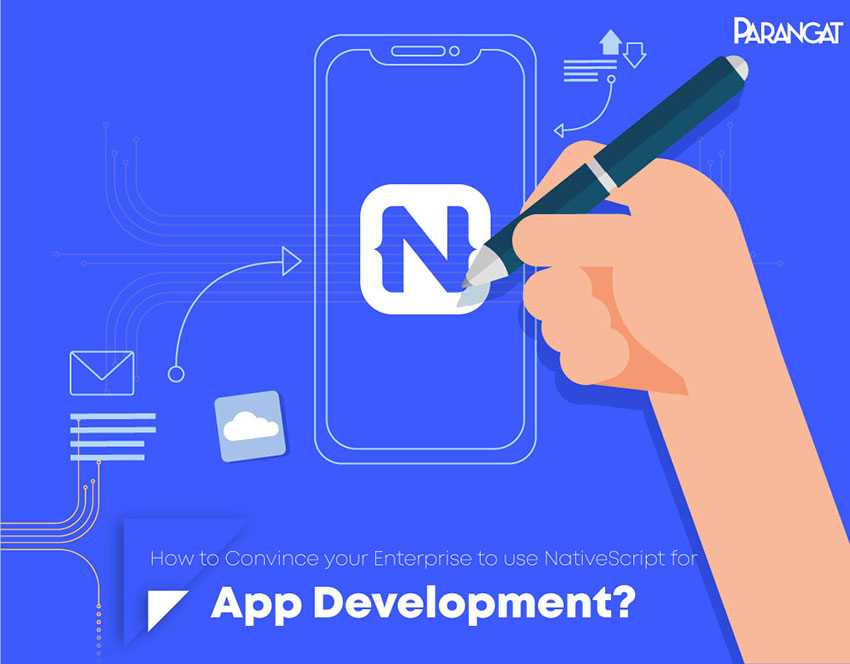 It is never an easy job to pitch an idea to your seniors and expect a positive response. Therefore, we prepare for the inevitable here with a few key points about NativeScript, that you make notes of and present to your enterprise as they are.

Performance speaks for itself

NativeScript excels in this area, with its unique features that present a cross-platform app that behaves and look just like a native app. In fact, NativeScript provides users of different platforms with a UI experience that is compatible with their devices.

Progress and Apache back NativeScript

The fear of failure decreases when big companies are involved in the business. As we mentioned earlier, NativeScript is backed by progress and gets a license from Apache 2.0, with such names involved enterprises should get the assurance that the framework is here to stay.

Cross-platform means one for all

The first thing that enterprises care the most about is their money. After all, spending money on each platform is surely a loss for them. But with NativeScript you pay only once and get an app that works on all three iOS, Android and web. NativeScript uses built-in code that are the same for the platforms.

The productivity of developers

Developers of NativeScript developed it for other developers, including the new professionals who have the knowledge of new frameworks and the old ones too, who can easily learn it. With features like TypeScript and CSS, NativeScript makes the process convenient for all of them.

NativeScript runs primarily on JavaScript, therefore developers at Progress have made it compatible with other JavaScript frameworks. This includes support for Angular and Vue.js. So, while using these frameworks you do not require to install third-party plugins.

Did you know that companies like SAP, Puma, and Deloitte have used NativeScript to build their apps? If they have used it, your enterprise can use it too. Their success stories can work as a testament for you to invest in NativeScript.

Having a few or more queries regarding anything that you are investing in is obvious. In this section, we try to ask some of the questions that are frequently asked online.

1. What goes into the making of NativeScript?

NativeScript is built by amalgamating a number of features and factors. It has several parts including Runtimes, core modules, and plugins. All these parts along with the programming language used (viz. a viz. JavaScript, TypeScript, Angular or Vue.js) make the framework that we know as NativeScript.

2. How does NativeScript process JavaScript on different platforms? 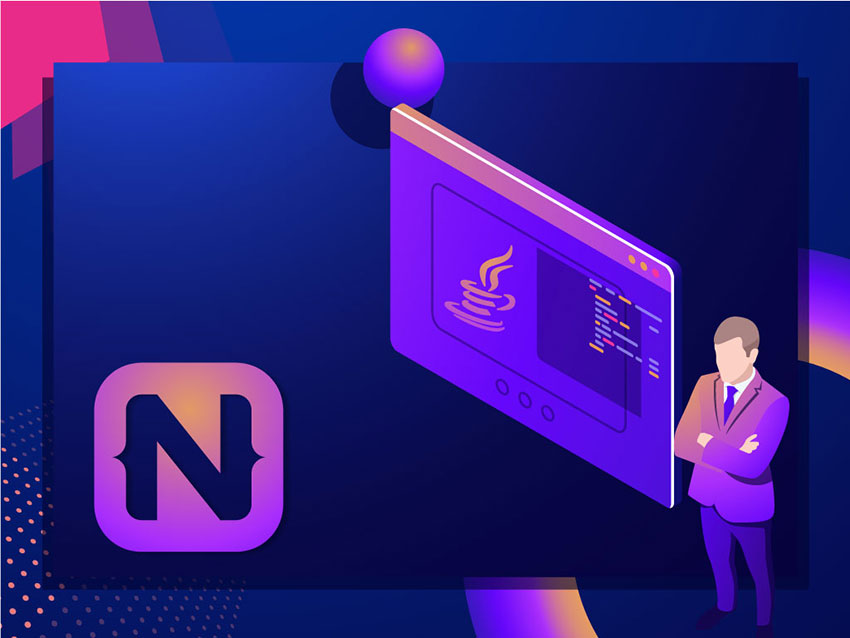 3. Where does NativeScript stand in comparison to its competitors?

4. How many apps are there on app stores that were built using NativeScript?

There is a list of app that you can find on different app stores that were built using NativeScript. A few such names include Sennheiser Smart Control, MyPuma, California Court Access App, Portable North Pole, Smart Evaluation and UH Now.

NativeScript is a free platform and anyone can use it. But sometimes there are enterprises that want a bigger support system for better performance, they willingly pay for this and in return, the dedicated team of professionals at NativeScript, provide them with all the help and assistance that they need.

NativeScript is the Future

Developers at Progress are working day and night to make better versions of NativeScript for your easement. Their recent version, NativeScript 6.0 is the latest and most advanced version that developers have come out with but the process of making it better is forever ongoing. 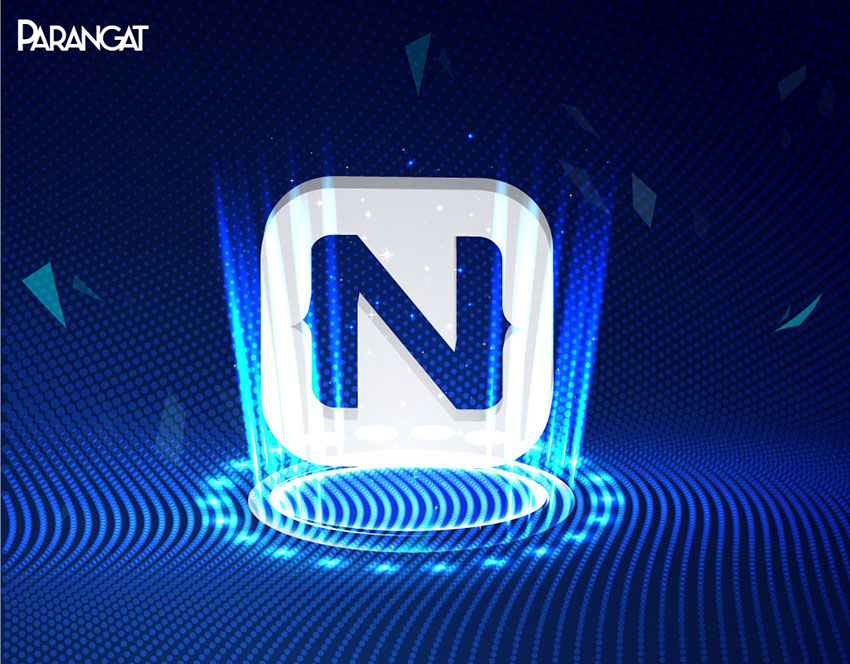 “NativeScript framework enables developers to use pure JavaScript language to build native mobile applications running on all major mobile platforms – Apple iOS, Google Android and Windows Universal. The application’s UI stack is built on the native platform rendering and layout engine, using native UI components and because of that no compromises with the User Experience of the applications are done. It is also worth mentioning that a full native API access is provided by using JavaScript.”

Since its inception Developers of NativeScript have faced many challenges that they have overcome. Though there are still a few challenges, which need to be overcome. For example, in its early days' developers had to build a native mobile app and then add the JavaScript files in it. Along with this, there was a challenge of dealing with new versions of tools for different platforms. Developers had to deal with other such issues including slow build time and the slower start of applications. However, with time and with every improved version of NativeScript, the challenges are becoming less problematic.

In the market of creating applications for enterprises, NativeScript has maintained its number one position. It is the first choice of all enterprises for a number of reasons. NativeScript builds an app that is extensively capable and useful. There are a number of companies that have used NativeScript to build applications, which in turn has helped these companies formulate new market strategies. Triodos Bank is an example of this, as it was earlier using a different framework but when faced with losses, shifted to NativeScript and since then there is no looking back for the corporation. Companies like Sennheiser have seen a 40 percent increase in their mobile app development. While professionals at Magpi claim to have a 3x increase in their development speed. By using the technology of this framework, the app of Daily Nanny was developed in half the time. Denmark based CIM Mobility says they witnessed a double increment in developers’ productivity after using NativeScript.

With mobile apps becoming almost a necessity for businesses, it becomes of utmost importance to invest in a framework that saves money and time and helps in profit maximization. An enterprise without an app to sell its product is doomed in this age. NativeScript framework has helped many businesses develop their applications based on their needs and demands and as we mentioned above, there are only positive reviews about NativeScript from all these companies.

If you are an enterprise or even a developer willing to invest and build an application for your business, then NativeScript is the framework for you. And Parangat Technologies is a one-stop destination for all your app development requirements. Get in touch for a free quote or consultation now! You can also drop us a line on sales@parangat.com

How to Handle Corporate Scandal and Minimize Reputation Damage

The 5 Questions That Reveal A UX Team's Real Worth