Why is Vue Getting a Huge Momentum in the Mobile Market? 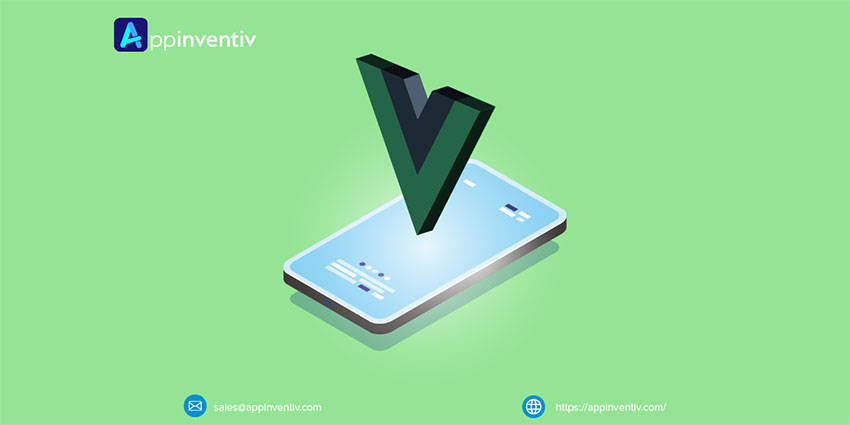 With more than 121K stars on GitHub and somewhere around 220 issues, Vue is proving to be the most progressive JavaScript framework in the market. The framework, without any support from tech giants like Google and Facebook, has hit 1.6 million monthly downloads and has even become the first choice of a wider range of developers.

According to the State of JavaScript survey, the number of developers who have already worked with Vue and are willing to use it again has increased from 19.6% to 28.8% in 2017-2018. Also, the satisfaction rate of the framework has reached 91.2% and is supposed to increase at the same pace - making every developer and businessperson look into Vue.js development

But, the questions that arise here is - Why is the progressively-growing Vue.js framework getting so much attention in the marketplace? Will the framework replace Angular and React in the coming years?

Well, though there can be multiple reasons why Vue.js is gaining momentum in the JavaScript Framework environment, here are a few reasons we believe why developers are getting shifted towards Vue.js framework:-

Reasons Why Vue.js is Getting Popular in Market 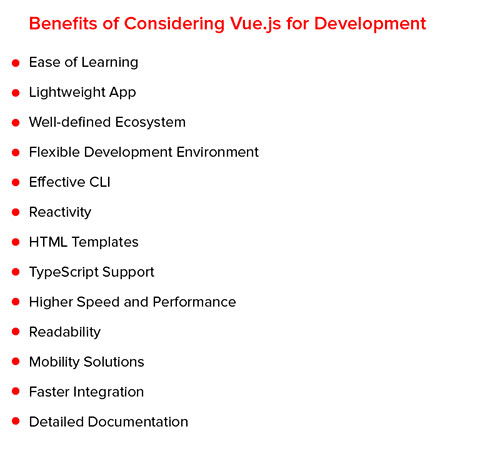 Vue does not demand gaining knowledge of JSX, ES2015, TypeScript, or build system, to begin with developing an application. Anyone having a basic knowledge of HTML, CSS and JavaScript can easily enter into the development arena. This is acting as a driving force for developers to migrate to Vue.js frontend development.

A Vue mobile application, unlike an application, developed using Angular or React, can be as light as 18Kb after zipping. This makes the framework a perfect option when targeting the users demanding high-end functionalities with lower memory consumption.

Another reason why Vue is becoming popular in the market is that it provides developers with an option to select a solution for any specific problem. They need not spend their lives in determining the best option for their development needs. Moreover, this JS framework provides a developer with an extensive collection of libraries and tools. It provides vue-routing for routing and mapping app states, vuex for state management and a browser extension to streamline debugging and looking into the state and hierarchy of components, and more. Because of this, a Vue developer need not rely upon third-party components for building an application.

Though Vue requires employing a modularized build system for developing a large-scale application, it provides developers with a lot of flexibility and adaptability into the development process. For example, its bundlers such as Webpack and Browserify offers the facility to convert the source code with preprocessors of the developer’s choice.

Besides, its single-file components are also loosely packed, which reduces the development time and enhances code reusability.

Another reason behind why this framework has landed into the list of Top JavaScript frameworks to Consider in 2019 is its out-of-the-box CLI (Command Line Interface).

The Vue CLI comprises of a project generator that enables building a new project and preparing a scaffolding for development. It also avails developers an opportunity to introduce additional features into the development ecosystem via plugins whenever required. This eventually empowers them to add more features into their application when the market needs or other specification changes.

In web applications, data in the HTML elements are rendered dynamically. Vuejs, in this scenario, provides proprietary reactivity method which offers the facility of automatic refreshing of the user interface. This saves the effort and time required, which implies developers find more time to write clean code and deliver exquisite services.

Vue works with an HTML-based template which means anyone having prior knowledge of HTML can easily begin with Vue.js app development. Besides, its template has virtual DOM render feature and aids to import reactivity features into an existing app, which limits the number of manipulations and enhances the productivity level.

Though JavaScript is used for coding in the Vue development environment, it is possible to introduce the element of TypeScript using the official typings and decorators that the framework offers. This allows the developers to take the best advantage of both the languages - making it lead in the Vue.js vs Angular battle.

Due to smaller app size and other development benefits, a Vue mobile application is faster than the one designed using Angular or React.

Since Vue framework is written in JavaScript and has the trait of clean coding, it empowers developers to easily read and understand the code written, which later helps in improving the app code and retrieving higher results.

Another feature that makes the Vue framework popular in the market is that it provides developers with an option to build both a simple, single page application as well as a complex app project.

The framework, based on the JavaScript language and having a vast number of components, empowers developers to integrate any existing Javascript-based application into their current project. By doing so, they aid developers to revamp their existing mobility solution as well as enjoy the code reusability feature into their new app project.

JavaScript framework renders a comprehensive yet easy to comprehend documentation. It includes code examples to make every concept understandable and even has a progressively growing developer community that offers assistance, whenever required.

This makes it easier for both experienced and newbie developers to easily learn and develop an application while mitigates the associated challenges using limited resources.

So, here were some of the benefits of Vue.js that have helped the framework touch new grounds in the JavaScript world and gain a strong position against the popular JS frameworks, like React and Angular.

But if you are someone still confused about the present and future scope of the framework and wish to know when and why to pick Vue for your app needs, contact the best mobile app development experts today.