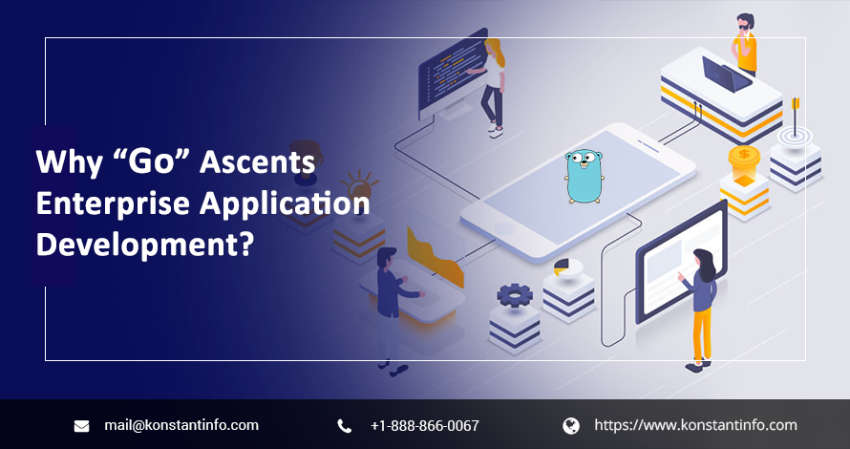 “Golang” or “Go” compiles fast, provides lots of good features and gets rid of the bad ones; it has a simple static type system, includes a runtime and garbage collection, and has dynamic interfaces and a standard library that fares well. All these features make it worthy to be adopted by budding programmers.

Golang does not make use of inheritance and polymorphism and many such oops concepts but is in favor of simple interfaces and composition. It promotes explicit errors in return values, thus downplaying exception handling. It is a lightweight option for developing heavyweight applications. Go is a general-purpose programming language that can be used for a variety of uses like a web-server in the back-end and can be used to build many famous apps like Kubernetes, Docker, and the Heroku CLI. (More examples are illustrated below)

Challenges Faced While Making Use of Golang

What issues does Golang resolve?

Go is preferred for the following few reasons:

What does the TIOBE index say about Go? 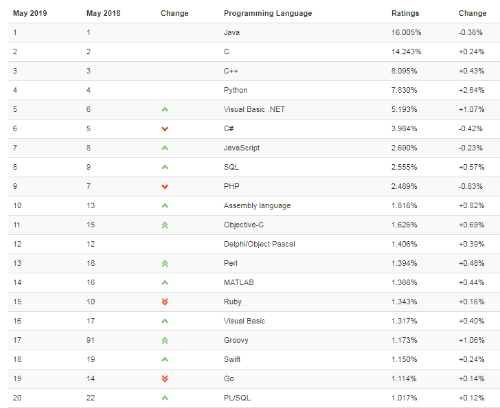 How Go fares among its counterparts: 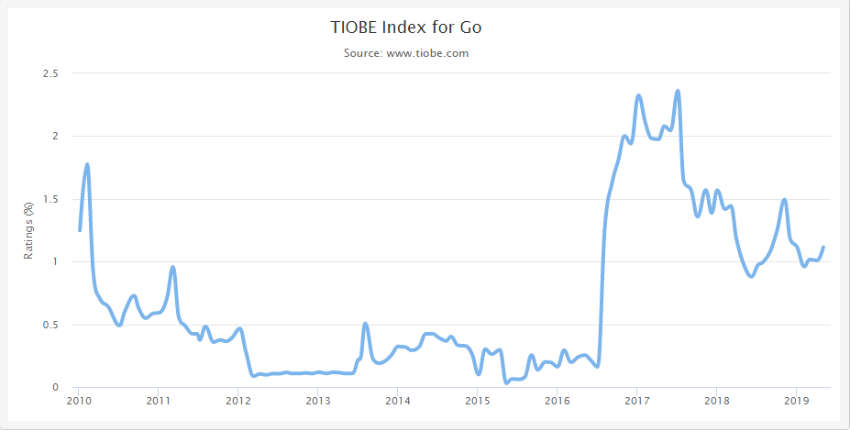 Who makes use of Go? 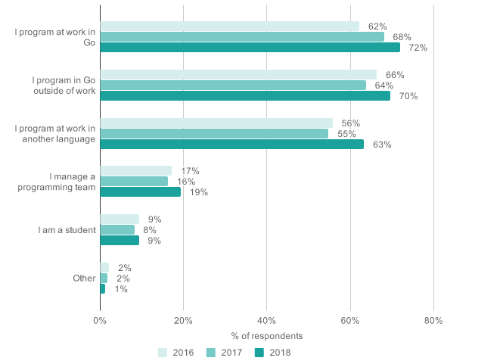 How frequently is Go being used? 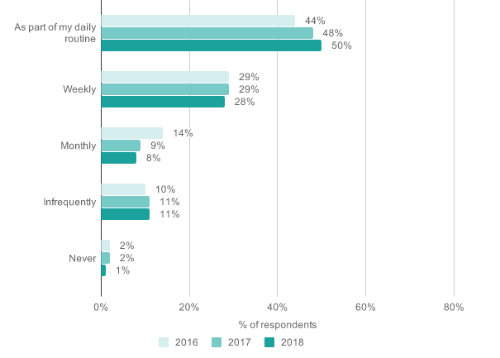 It is important to track Go's adoption across industries in order to better understand developer needs outside of technology companies. Besides Internet/web services and Software categories (i.e., tech companies), Go has been widely adopted in finance, banking, insurance, media, advertising, publishing, or entertainment as their official programming language.

Both Golang and Node.js are used for backend programming. Node.js helps execute JavaScript on server-side, as it is itself written in that language. Golang can be used to write executable code on the server. Although both Golang and Node.js come with almost the same functions, still the difference in results can be detected via the size of the project, its structure, and type of development process that matches well with the business goals.

The answer to this question varies according to project and business requirements, the available skillset, client requirements and technologies that are being used. Considering the fees charged by developers, their experience, knowledge and skillset over required technology, supporting infrastructure, the process followed a type of engagement, market type, complexity, time and quality and any other particular project requirement should be considered separately to estimate the cost of enterprise app development.

Google came up with “Golang”, better known as “Go” programming language in 2007, just to do away with the extra overheads of prevalent, similar programming languages like C, C++, and Java. It has chucked out all trolls and has become most eligible counterpart or an heir apparent of long-held Java, the boss of all Enterprise Applications. Appreciated for its swift compilations due to native concurrency processing, “Golang” is able to execute several computations during overlapping time periods instead of sequential processing. Enterprise App Developers have been making use of Go to build cloud applications. E.g.: Docker, Kubernetes, Uber, Google, Dropbox, Booking.com, Juno, SpaceX, etc. The 2017 Developer Survey by Stack Overflow confirms that Golang among five top-paying technologies worldwide.

For these and few more primary reasons like ease to use, fewer versions increased speed due to automatic memory management, presence of Goroutines to lighten the thread load and easy learning curve, Golang is considered as an efficient option for enterprise application development by experienced as well as naïve programmers.

Challenges that Mobile App Startups Face After The App Launch

Why should Enterprises use NativeScript for App Development

Should a small business invest in Artificial Intelligence and machine learning?

What are the Benefits of Enterprise Mobility Solutions
Create project