Where Google and Apple are headed with Android and iOS 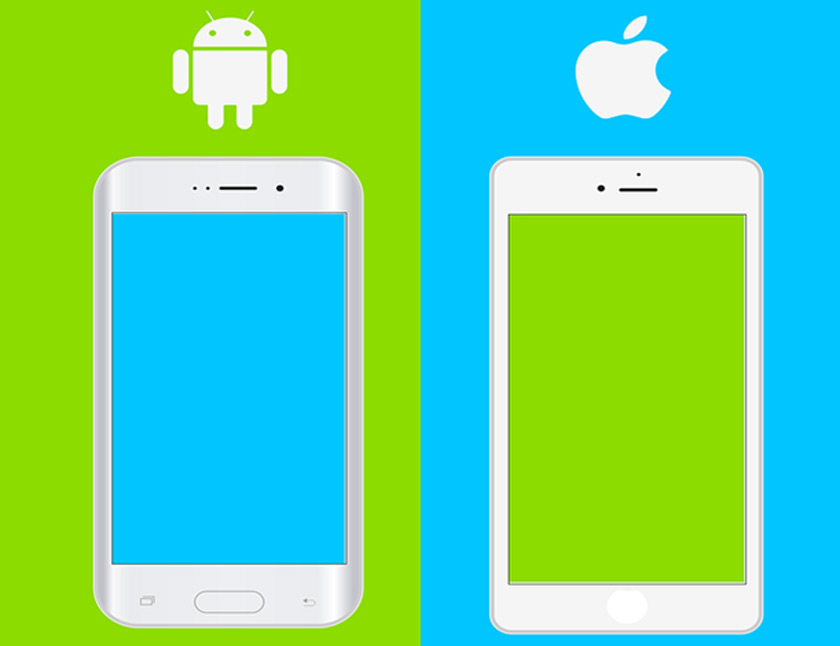 Google and Apple – the two trendsetters in the technology world!

The companies keep on innovating and enhancing the user experience while bringing a plethora of newer features, technologies and additions in other forms. Google owns the most common mobile OS, Android, while iOS is its biggest rival that runs the pricey and tech-equipped Apple smartphones.

Both technology giants are growing, experimenting and surprising the world as usual - while making the world better by all means. Be it Apple’s approach to Augmented Reality or Google’s Android Go – you can’t keep calm when you hear of these two. So, we thought of preparing a detailed post for you to cram.

GOOGLE’S ANDROID AND ITS FUTURE

From Android 1.0 to Nougat and beyond, Google is fast in advancing its trendy operating system and surprising the users with awesome advancements. Aren’t you excited to know about the future and current innovations that are going to hit the market soon? 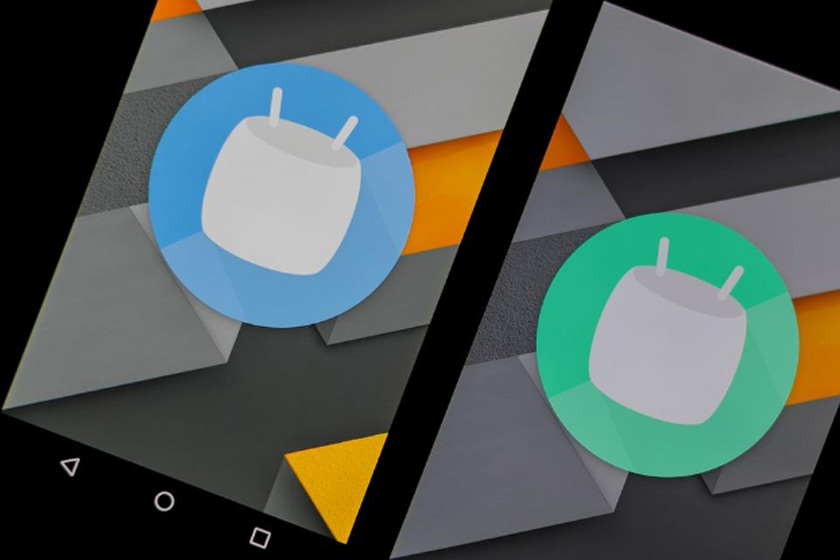 We have bundled them here:

Android Go to sort out all memory limitations you may face

Android Go is going to be the default choice of the low-budget phone manufacturers because Google is again ready to revolutionize the Android technology. For all the first-time phone buyers or the people who opt for low price phones (and thus the lower size of RAM), Google is coming up with an OS optimized for the devices with RAM 16GB and below.

So, automatically, when a company will manufacture a low-memory device, its operating system will be Google’s Android Go, adding more users to Android community. Google has already optimized its major applications for this step.

Android O, the next big thing

Oheo or something else, whatever is the name, Android O is undoubtedly the next best thing going to take place. With ensured improvement in memory and battery usage, Google is going to make the things smoother for its users. So, you can expect a better experience on the same phone you own right now. Some features of this Android update are:

A Google Assistant for your iOS phone

Surprised? But it is true. You can now download Google Assistant on your iOS phone. We were wondering whether this assistant wants to enhance the user experience for the iOS users or it will suggest the users to opt for Android. A competitor for Siri?

Duo – Yes, it is trending the most

Now this is something new and Google is absolutely excited for its arrival. Aren’t you watching out the daily ads about Duo, floating on Twitter and other social media apps. It is a video-calling app to challenge Apple’s FaceTime. In case you don’t know, Allo is already available to enhance the messaging experience for you.

That’s quite a buzz in the internet landscape that Android Wear 2.0 will be upgrading soon. Yeah, you will be able to type through the swipeable QWERTY keyboard on your Android Watch.

Your car and Android

For the drivers and travelers, Google Auto is now available with the popular app ‘Waze’ in-built directly. More speed trap notifications and quality real-time updates about the accidents will be available soon.

IoT is surely the most talk about trend and Google isn’t missing it nor Android app developers. The network of all living and non-living things in the world is surely not something they can miss. Augmented Reality apps and IoT applications, built for Android, are increasing.

Google is concentrated on making the platform better, faster, smarter and more secure with every release. So, it is a universal truth listed here to remind you, in case you’ve forgotten.

The day when you will not download an Android app isn’t far.

It doesn’t mean that you will be switching away from them or not installing Android apps. But it’s just an effort to make your experience better by decluttering your phone. Google’s new browser will let you run the apps, just as you run the web pages. And when the company says that modularizing an app for their browser will be a 12-hour task for Android app developers – you can rely upon it!

Visit Android’s website and check it out. They are offering an easy method of switching from iOS to Android without losing anything. Clever idea, undeniably!

APPLE’S IOS AND ITS FUTURISTIC WORLD

While Google is progressing, Apple isn’t lagging behind. Not in the number of its users, but Apple’s company has more loyal and valuable customers to help them generate good revenue. And this is the reason why people like to launch their apps for iOS rather than for Android’s platform. 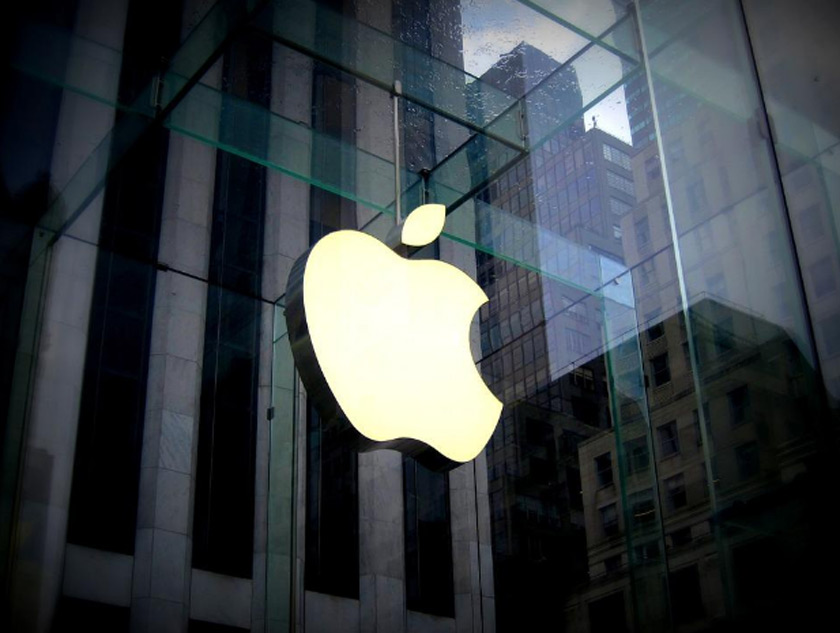 There is a lot more coming from the core of Apple in the next days that might be interesting for you, here you have some news.

Siri, getting more powerful and chatty – Isn’t Siri your favorite?

Your favorite iOS assistant Siri is going to be better than expected. The voice assistant will be more natural and will be able to learn from the device owner in order to show better results next time. The translation capabilities of Siri are also on the verge of improvement. English, German, Italian, French, Spanish and Chinese language speakers should rejoice!

Nex-gen iPhone concepts you can’t get bored off!

iOS 11 or iOS 21, you will always ask, what’s next. And we can always say – better interface and more security, along with the variable features being added to the iOS platform.

iOS 11 and its features

Apple is going to improve the user experience through multitude of new features to its software. Some are:

Where Google lags behind Apple – the Augmented Reality

The ARkit, launched by Apple, is going to make them the largest Augmented Reality platform available in the world – that’s what Apple’s software head thinks. Dare to resist? With a unified platform for all iOS apps, they can clearly take the advantages of this technology.

Beacon and GPS: technologies we are already in love with

iBeacon is the game-changing player of marketing and for sellers. Enhancing the user experience can help sellers achieve better conversion rates definitely. GPS and beacon technologies are already being used in the commercial spaces and resulting in the increase in user count for Apple’s iOS.

Swift 3.0 is the latest version of Apple’s programming language. With the great ease of development, it’s becoming the favorite of iOS app developers, prompting them to switch from objective-C. So, you can expect more apps running on Swift this year.

IoT apps are ready to make your home sweet home

Beacon and its friend technologies are already making the commercial experiences better for the iOS users. With some advancement in the same technologies or with the launch of similar technologies, Apple will be making your homes smarter (and you, lazier).

iOS for enterprises: the next big step

iBeacons and iPads are already loved by enterprises. With the increasing use of cloud technology, enterprises are looking forward to iOS.

So, iOS is becoming an important mobile app platform that enterprises can use for targeting their market. iOS app developers should consider this fact from now on; otherwise, you may miss this upcoming and very visible opportunity.

Everyone wants to integrate their tasks and contents in one place, no matter what device they are using. After the evolution of Amazon Echo, Apple is also emphasizing to present you with a better platform that will allow you to connect with all the smart devices. It will enable you to control your car, AC, lights and probably the pets (again, possibilities are endless!) through the same application in the near future.

Gaming – better than ever!

More gaming apps, better gaming platforms and upgraded environment for game lovers – Apple have thought of this already. Google’s Android is already filled with awesome games so Apple had to do it anyway. Reliable gaming solutions by Apple are on the way for you if you love gaming.

Is there anything we missed? Well, chances are that we have. After all, the list is endless when it comes to the advancement possibilities for Google and Apple tech giants.