What’s Augmented Reality and how does it work? 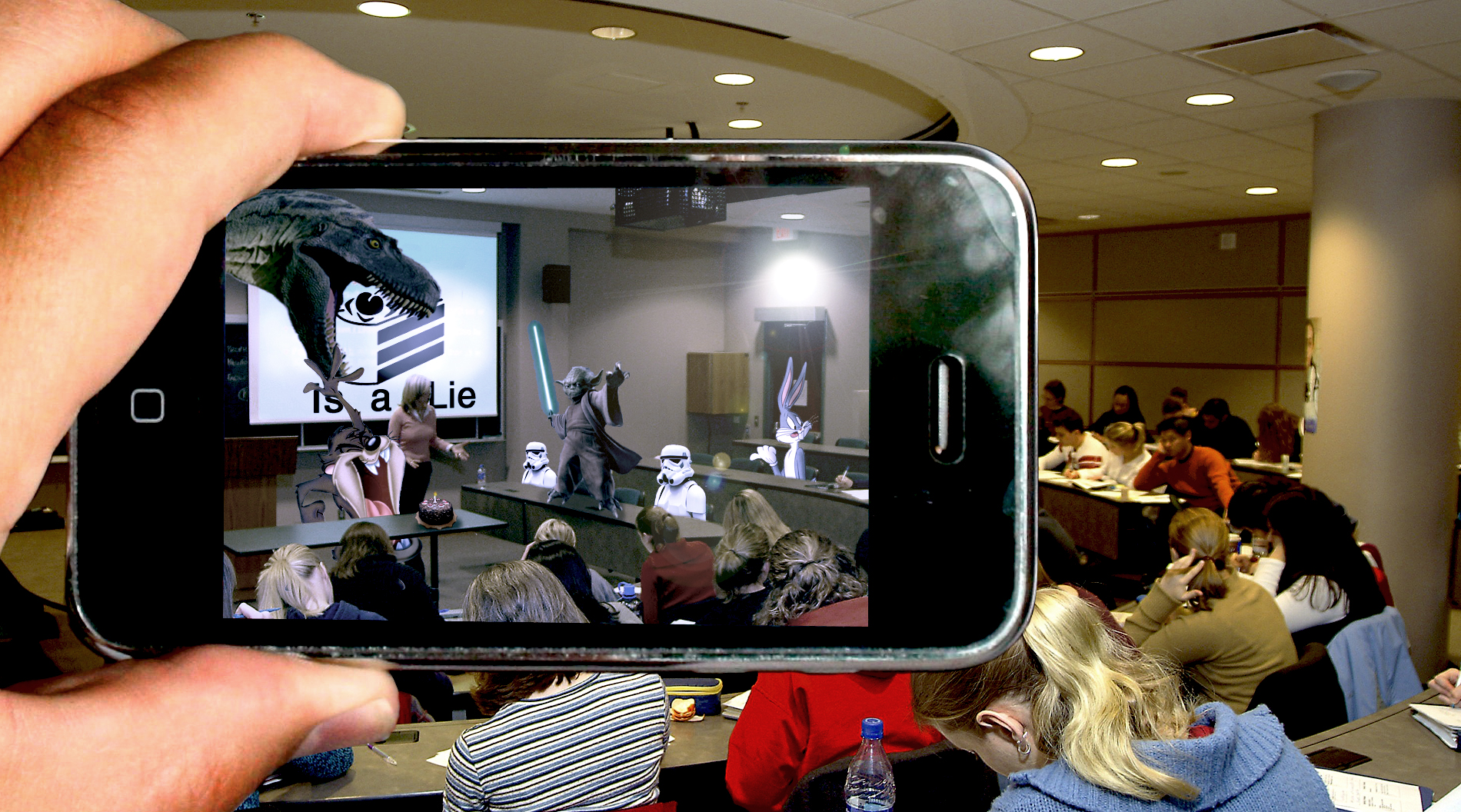 Augmented Reality (AR) is a way of fusing the real and the virtual world by overlaying digital data on to real-world analogue views. In other words, it’s a live direct or indirect view of a physical, real-world environment whose elements are “augmented” by computer-generated input such as sound, video, graphics or GPS. This way, virtual information is overlaid on the real world, but Augmented Reality doesn’t replace the real world with a simulated one like virtual reality does; on the contrary, AR “supplements” the information on the surrounding real world by making it interactive.

AR applications can basically be divided into two categories: marker-based/image recognition and location (or GPS)-based apps. On the one hand, marker-based applications overlay the marker/image with some content or information. In order to do so, these applications use a camera to recognize a marker or an image from the real world, and this way they calculate its position and orientation to augment the reality. Markers recognise a particular pattern (such as a code) when a camera points to it, and overlay a digital image at that point on the screen. For example, if you scan a QR code with your phone’s camera, you can get additional information (so, AR) on your screen. If the image is 3D or animated, you get a digital experience unfolding on the surface upon which the pattern is printed.

On the other hand, location-based applications use the GPS tools in your device and use its position to find relevant data around your location, such as restaurants nearby, maps, help you get directions or present you the name of stars and constellations in the sky. 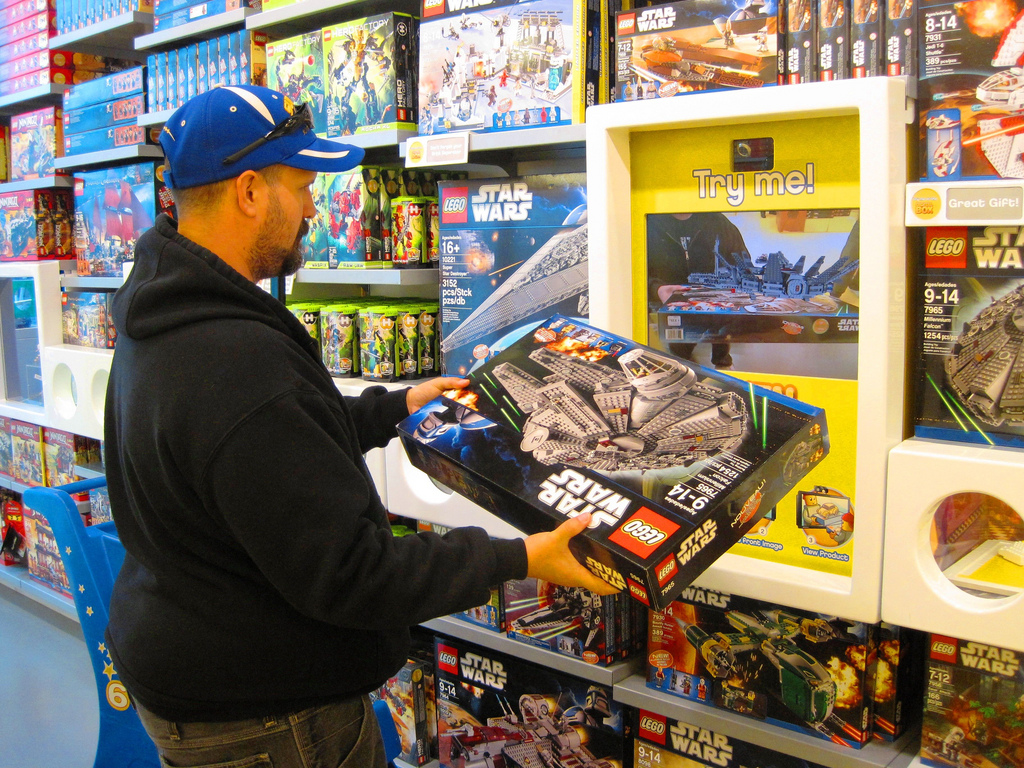 Augmented reality was first used for military, industrial and medical purposes, but in the last years it has been broadly applied to commercial and entertainment areas.

The field in which we’re probably more used to see AR is in commerce, to integrate print and video marketing: everyday more and more, we find a QR code that we can scan to access to additional content, such as a video or extra images of the product. AR can also enhance product previews such as allowing customers to view what's inside a product's packaging without opening it.

Of course, AR is applied to games as well, allowing players to experience digital game play in a real world environment; the most known example is the Wii.

AR is being increasingly used in cases of emergency and in search and rescue situations, and it can be very interesting for education too, because text, graphics, video and audio can be superimposed into a student’s real time environment.

Some of the most remarkable fields where AR can be applied are architecture, construction and archaeology: in the first case, computer-generated images of a structure can be superimposed into a real life local view before constructing the physical building. And in archaeological research, specialists can augment archaeological features onto the modern landscape, thus creating a very accurate idea of how the ancient constructions would look and their situation.

In art, AR technology can help disabled individuals to draw, by translating their eye movements (through eye tracking) into drawings on a screen.

It can also be useful for navigation devices, by displaying relevant information right on the car’s windshield, like directions, weather, road conditions and traffic information.

In medicine, AR can provide “hidden” information to the doctors: only with AR, doctors can look inside a patient by combining one source of images such as X-ray with another such as video. Augmented Reality can also show the heartbeat rate, the blood pressure or the patient’s organs, and it allows to view a fetus inside a mother’s womb, among others. Also, patients wearing Google Glass can be reminded to take medications.

For military purposes, AR offers battlefield data onto soldiers’ goggles in real time, so people and objects can be marked.

AR can be displayed on a wide variety of displays, from screens and monitors to handheld devices or glasses. For example, head-mounted displays (HMD) are great to place images of both the real and the virtual world right in front of you, over your field of view: HMD offer totally immersive and mobile experiences.

Google Glass and other head-up displays (HUD) like Vuzix Waveguide Lens put Augmented Reality directly into your glasses. In the near future, AR will probably be able to be applied to contact lenses and virtual retinal displays too, but for the moment these applications are still in development.

Handheld devices employ a small display that fits in the user’s hand, including smartphones and tablets.

On the other hand, Spatial Augmented Reality (SAR) doesn’t need any displays to augment the real world: on the contrary, it uses digital projectors to display graphical information onto physical objects, such as mobile projectors and shader lamps.

Some of the most interesting AR apps include Google Goggles, an app for Android that provides users relevant search results using pictures. This visual search app takes advantage of your phone or tablet's camera to look up famous landmarks, scan bars and QR codes for information or translate texts. You just have to point your camera to anything and the app will scan to see what it can find, from historical facts or encyclopaedia entries, related products, reviews and more.

Another appealing app is Sky Map: you simply have to point to the night sky with your smartphone or tablet and the app will provide you an interactive map of the sky, with all the names of stars, constellations and planets that are at your field of view.

In games, AR Defender 2 for iOS presents an amazingly immersive experience, because it lets you turn almost anything in the real world into a virtual battlefield. You just have to choose a surface and AR will turn it into a virtual arena.

For designers, apps like Augment can be very useful: it allows users to upload 3D models of new products and visualize them in a physical space and environment before “really” creating them.

Most augmented reality applications rely on superimposing either 3D-generated computer imagery or some form of descriptive knowledge over the real-time images obtained through a camera. This requires a good understanding of image processing and computer vision techniques: computer-generated imagery has to look realistic and be properly aligned with the real environment to create a genuine impression. That’s why AR developers need advanced computer vision skills, 3D modelling (including texturing, shading and rendering) and web or mobile programming skills. Programming languages can vary according to the platform but are usually C++ and C#.

For GPS-based apps, Layar, Wikitude and Junaio are the main tools. Layar has a platform that runs on iPhone and Android, and works by using a combination of the phone’s camera, compass and GPS data to identify the user’s location and field of view, retrieve data based on those geographical coordinates, and overlay that data over the camera view. Layar is now available for Google Glass, so you can look at objects and get more information about them projected right in front of your eyes.

Qualcomm has also revealed a new software development kit for Android that will make it easier for developers to create AR apps for Android devices.

If you are a developer and want to start creating AR apps, one of the easiest ways is to develop for an existing platform such as Layar by joining its community of developers.