What were the biggest launches at Mobile World Congress 2017? 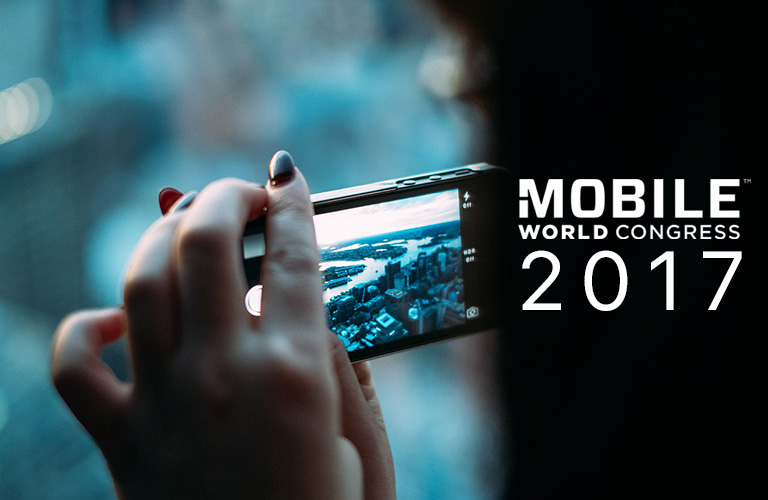 The annual Mobile World Congress at Barcelona has become the biggest platform for mobile phone giants to showcase their upcoming mobile phones and other gadgets. This year was not an exception and we saw many mobile phone companies like Sony, Samsung, Huawei and Nokia there. They all announced gadgets for the upcoming months and pitching them hard to their customers.

Blackberry is no longer manufacturing its own mobile but has handed its license to the TCL which is a Chinese multinational electronic company headquartered in Huizhou, Guangdong Province. The company chose an early date of 25th February to launch its upcoming mobile Blackberry KeyOne.

The Blackberry KeyOne allows users to use both touch and type facility. It has an Android platform but it also has the trademark keypad of Blackberry mobiles. It is just like its predecessor Priv but lacking the slide option. We can say it's a new Blackberry returning to the market with a new handset.

It was highly expected that LG would unveil its much anticipated LG G6 mobile phone, and LG did not disappoint. It launched an LG G6 with a 5.7-inch screen, 2880x1440 pixel resolution. It is the very first smartphone with a Dolby Vision HDR support to provide contrast and a larger color gamut for video playback.

It has a Qualcomm Snapdragon 821 processor and a 4GB RAM. So we can expect that the gaming apps will find it quite useful. The rear camera actually has two lenses and 13 megapixel sensors. But LG has not yet revealed the price of LG G6.

Motorola too had already given hints that they would launch their new models of G5 smartphones and they did exactly that. The Moto G5 and G5 Plus were launched as budget phones but with better technical specifications.

The price of G5 is $207 dollars, it makes the smartphone quite buyable among mid-range customers.

Nokia is the brand that still creates nostalgia among its customers. There is hardly a person who has never used or bought a Nokia handset and Nokia used that attraction again at the MWC. It has already created a much-hype focusing mainly on the return of Old Nokia 3310.

Under the banner of Nokia, the HMD global relaunched the basic mobile phone with simple features and same styling. But it has no black and white screen but a full-color screen and slimmer body. But just like its predecessor, the Nokia 3310 is a simple phone without any 3G facility and it is meant only for text, calls and the Old Snake game.

Along with 3310, HMD global also announced Nokia smartphones using Android platform. They will be Nokia 3,5 and 6, and will be under the price tag of $149 dollars.

Oppo did not launch any smartphone in the MWC, but it unveiled a new camera technology. It has a system that allows a greater optical zoom under a slim smartphone body by turning the lens through 90 degrees and using a Prism for diverting the light path.

The Oppo 5x zoom uses the dual camera and offers the lossless picture without losing the quality. On the first impressions, it has attracted the attention of the users.

Qualcomm is really enjoying a place where almost every single smartphone is having its microprocessor chip and it wants to further strengthen the position of Snapdragon 835 as the primary choice of the chipset of mobile phones, including Virtual Reality.

It made several other announcements like it has been working hard on 5G networks, collaborating with different mobile carriers to bring the next generation for mobile data.

It was expected that Samsung would not launch its upcoming Galaxy S8 in the MWC but at a separate event in March. Samsung though used the platform to launch its new Galaxy Tab S3 in a press conference. It is a brand new premium Android tablet with an included S Pen stylus.

Samsung is also planning to challenge Microsoft's Surface pro with its Galaxy Book 2-in-1 tablets/laptops. It will come in two sizes a 10.6 and 12 inch and both will have Windows 10 as OS. It will have a detachable keyboard to switch them between laptops and tablets.

Sony has been quite consistent in launching its mobile phones in the MWC and this year too it launched not only one but three different smartphones.

The very first model is Sony Xperia XZ Premium. It has a 5.5 inch HDR display, 4GB RAM, 19 megapixel camera with motion eye detector, and a powerful Qualcomm Snapdragon 835 processor. For storage, it has 64GB internal storage. Furthermore, it is water and dust-proofed too.

The second model is Xperia XZs, it is an upgrade version of the already existing XZ model. It has 4GB RAM, 5.2-inch full HD screen and motion eye camera with Snapdragon 82 processor from Qualcomm and 2900mAh battery.

The third model has two variants. First one is XA1 and XA1 Ultra. Both are mid-range devices with 5 inch and 6 inch screens respectively. The XA1 has a 720p screen and XA1 Ultra is Full HD. Their camera quality is highly impressive with the 23 megapixel rear camera.

Ruchhir Agarwal is the current CEO of the company he founded back in 2005. Leading E2Logy for years, he has achieved to make the mobile app development company one of the major enterprises in app development. The company currently employs up to 75 pe...

The best Virtual Reality apps
IoT, the future that it is already here