What the iOS 11.2 Beta has to offer to iOS app developers 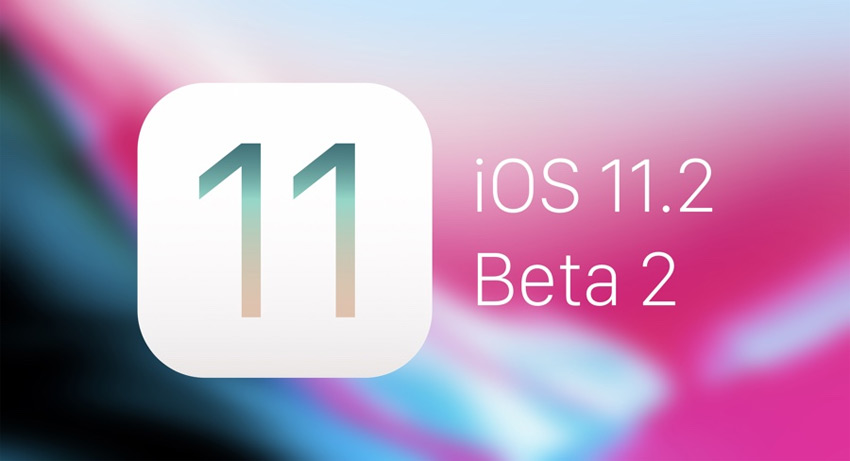 iOS 11.2 Beta is set to bring a considerable change to the Apple operating system with expectations of Apple Pay Cash and iMessage in iCloud. Until the 11.2 rolls out, mobile app developers have to be satisfied with testing the beta version, released on November 7 (Nov. 3 for iPhone X). Some users had trouble setting up the first beta on their iPhone X, so the quick release of the second one is a big advantage.

CHANGES IN THE IOS 11.2 PUBLIC BETA

Apple ironed out some of the kinks in the first beta release and the iOS 11.1. One of the problems with the initial software was in the calculator app. An animation bug caused the system to ignore or fail to register some of the symbol like the plus (+) sign. If an iOS app developer entered numbers and symbols in rapid succession, the system would not recognize all of them. Apple has fixed that by removing the animation so users don’t have to wait when inputting numbers.

The capital-I bug is another one that has been affecting iOS 11 users. In the previous version, when you typed the letter “I” with the autocorrect on, it changed it to A and [?]. The updated version has fixed that. The latest public beta also has some differences in its visuals, which include;

Another addition to the 11.2 iOS is the ability to control content from Apple TV, which brings a whole new world of possibilities to iOS app development companies. Users can now move from one playback device to another conveniently using AirPlay 2 Support. Using the Now Playing function in the Control Center, you can control the audio output of an Apple TV as well as the HomePod speaker (to be released).

But the inclusion of Apple Pay Cash is definitely the biggest update to the 11th generation iOS.

WHAT IS APPLE PAY CASH

Apple Pay Cash is a feature that allows money transfer from person to person. Employees from the tech giant have been testing the money transfer system since October on a unique version of the iOS 11.1. Users needed an internal device certificate to be able to access the feature. Apple plans to launch Apple Pay Cash in the iOS 11.2 as well as the watchOS 4.2. The soft launch in the second public beta is an opportunity for iOS app developers to experience the functioning of the money transfer service and its features that will be applied on the new iOS apps.

To try the new feature, iOS app developers will have to install the 11.2 iOS PB2. With this software, mobile app developers can send money to peers on the messaging app. Both users must activate the service for the feature to work. Note that the feature does not allow users to send money in group texts, just one-on-one messaging. The Apple Pay Cash card in wallet must have at least $10 to initiate a transaction. You must have a minimum of iPhone 6 to use the service when it is launched, and the two-factor authentication is also required. Currently, only Apple beta testers and mobile app developers in the U.S have access to the peer-to-peer money service.

To get started, go to the apps section on your messaging app where the Apple Pay icon is located. When asking for money, tap the icon to send a message and doing the same will initiate the payment to a friend. You can also send cash messages directly from your Apple Watch. The 11.2 iOS may allow users to make payment from Siri and Contacts. Users have to link their debit or credit cards to the payment service to provide funds. The service will incur a small fee if you are using credit cards but none apply if you are sourcing funds from a debit card. Received payments go into an Apple Pay Cash Wallet where the user can access directly or send funds to a bank account.

GETTING THE IOS 11.2 PUBLIC BETA

You must have an iOS app developer beta account if you want to test a public beta software for Apple. Start by registering your device in the Beta Software Program. It helps to read the agreement, so you know what the update will do to your device. If you are getting the mobile app developer iOS beta, you must have a paid app developer account. Apple lets testers download betas directly on the device, which saves you the trouble of installing it on your desktop first. iOS app developers just have to download on the chosen device then create a configuration profile.

If you opt to uninstall the public beta, you only have to delete your profile. Be careful, though, not to end up with outdated software due to lack of archived data to revert to.

For precaution, always backup your data before installing the app developer public beta software. Data corruption and device bricking are some of the threats that come with downloading an updated system.

BACKING UP YOUR DATA

To backup and archive your data, connect your iPhone or iPad your desktop or laptop. iTunes offers a straightforward way to store your information carefully. Just launch iTunes, click on the device (iPhone or iPad) icon, “My Computer” and then “Back Up Now.” To archive, go to Command, open Preferences, go to Device, press control-click on the data you are backing up then select “Archive” from the menu that appears. Remember to choose the Encrypted backup option for maximum security. You can turn to this archived backup in case the public beta fails.

The latest iOS generation from Apple promises to deliver in both aesthetics and functionality; from exciting new live wallpapers to the convenient peer-to-peer money service. With the third app developer beta available online, the iOS 11.2 seems to be an almost realized dream for iPhone users and iOS app developers.