What Skills Do App Developers of 2019 Need?

Ojus Sharma, Co-founder and CEO at APPLIFY
Published on Feb 06, 2019 in App Development 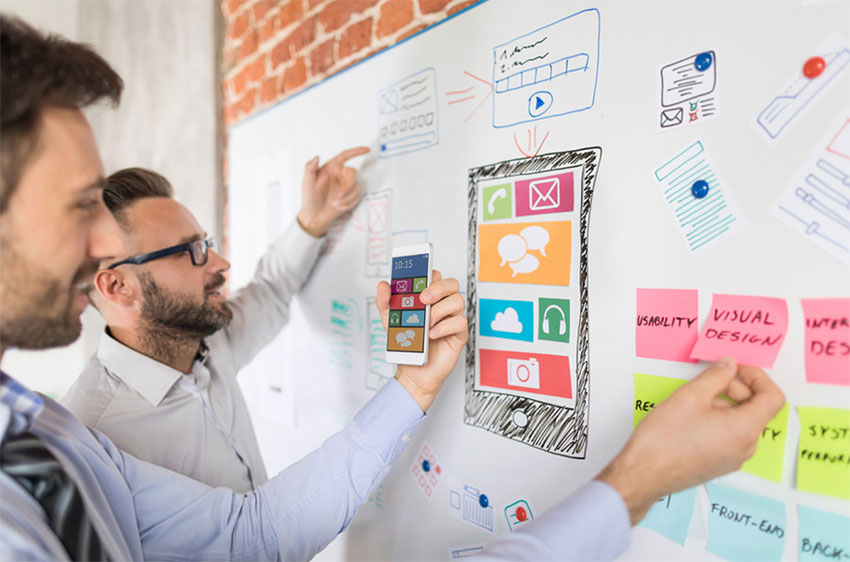 As we step into another year of the 21st Century, technology is growing faster than ever. The gadgets we use will have undergone major makeovers with advances like 5G and AI kicking in in a big way.

Thus, the apps which make these gadgets more users will also have to be future ready.

The apps of the future will naturally need app developers who are ready to reinvent themselves and their skills while growing strong technically.

As most of what we do, shifts to smaller screens especially mobiles (wearables too, will have more to do in 2019), there will be a larger number of apps hitting the market, which means more competition, which in turn means that an app to be successful will have to be great in all respects.

So, who builds this great app? A great App developer.

What makes him/her great? This is what I try to answer for you after being in this field for quite some time.

Anyone who is associated with apps, either an app developer herself, an app development company looking to hire one or an enterprise outsourcing its app building, this skill set is what you need to judge them on:

For anyone to be a good developer, it is necessary for them to be strong with their programming logic.

Irrespective of which language one uses, with a robust logic, making use of these languages flexibly across each other is easier.

Testing the programming prowess of any developer is through logic.

Being a master of just one platform, be it Android or iOS will mean leveraging half the boom that mobile revolution has to bring.

An app developer should have expertise across these platforms.

The increasing popularity of React Native apps every passing day is proof that people want cost-effective and time-saving solutions.

Cross development allows a shorter time to market, less number of bugs to keep fretting about and saves a lot of effort too. The 2019 app developer will make the best of it.

App users demand a lot from their apps- it should be fast, it should not take a lot of effort to deliver, and even then not take up all space in their phones.

Hence, user experience has to be an integral focus of the app development process. Even though the developer will not be designing the UI,(that’s the task of UI/UX developers), he/she needs to be aware of various aspects related to UI/UX because they need to invariably work together during the process.

Being able to feel how the app will work and design apps with user experience in mind ensure an app that performs better in all aspects.

It is not surprising that Agile became popular over Waterfall technique of software development and /or project management.

This has great benefits- like error correction can be rapid and feedback can be incorporated during the process and not at the end and maintaining a continuous channel of communication with the client.

There are various Agile processes like XP, DSDM, Crystal Method, but Scrum is leading the race in app development and an app developer should have adequate experience at it.

Apps in the end store are houses of huge amounts of data- both online and offline. Thus, it is important for a successful app developer to know what do with that data and yield best results.

Right from personal details to the location data, apps act as nodes for intensive data collection.

In order to provide more personalized service to the user, this data can be very useful, like giving out special discounts on birthdays or informing about good places to hang out when someone visits a new city.

What requires additional attention here is- User Privacy which I have discussed later.

Technology is an ever-evolving space. The skills needed to be upgraded every now and then to stay relevant to the world. Similarly, for an app developer, it is important to be well versed with what is going on in the app development scene and in the tech world generally. You cannot be programmed for and in the past.

Like a few years ago most of the phones came with a back/home button, but not anymore. Thus mobile phones of tomorrow will have various other modifications that the app developer will always have to be on top of.

Like mentioned before, the apps you build are gathering enormous amounts of data and if Peter Parker’s Uncle Ben (from Spiderman) was an app developer today, he would say, “With great data comes great responsibility.”

And I couldn’t agree on enough.

While App Store itself sets up a strong data protection standards for an app to be on board, it is not sufficient.

The advent of GDPR guidelines has set a precedent for how data should be handled. Apps will have to be compliant with these and other laws of the lands in which they launch.

So the app developer should be aware of all such protocols to build apps that pose minimal risks.

Other skills like analytical mindset in order to understand what does the client exactly expect and devise ways to deliver it in the best form, ability to take charge of the process, work in a team and alone without losing your head are all necessary to a successful app development career.

Like any other field today, app development itself is undergoing rapid changes as the technology advances. Anyone who wants to stay relevant to this space will have to skill and re-skill herself continuously. While technical skills are fundamental to the app building, the dynamic atmosphere they play in will determine who succeeds and who doesn’t.

Flutter vs React Native: What to Choose for Your App Needs in 2019?
Strategies to Get 5 Star Reviews on Your Mobile App