What are micro apps and how important are they for your business? 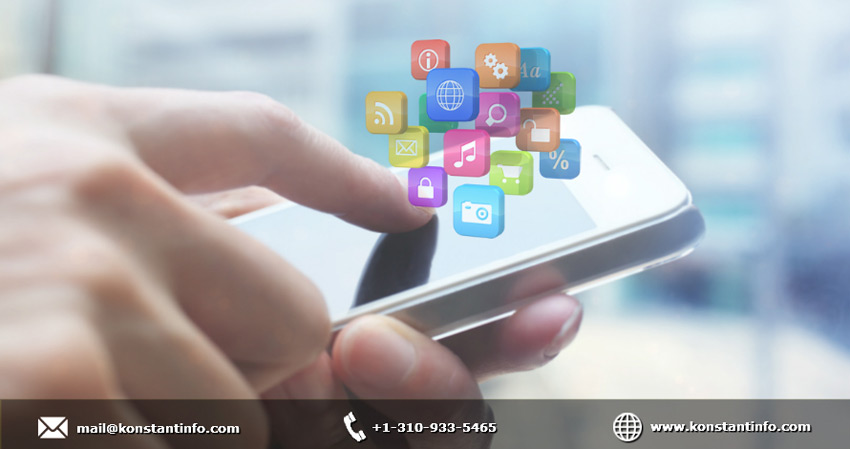 Who doesn’t want a quicker way to get things done? Someone from another planet maybe. Miro apps provide an optimal solution to make the mobile application development easy and quick for businesses, enterprises and individuals.

Mobile app development is going ‘micro’ and we know many reasons why this is happening. Like the size of a mobile device has been minimized from huge main frames to minicomputers, palmtops, tablets and mobile phones now, the same is happening with the software, mobile applications and services that run within these mobile devices.

It’s the era of micro-virtualization and everything is compressed so much so that it provides an ease to users to take it along with them wherever they go. Micro application development is one proposal that’s taking the mobile devices to the next level. Many organizations have suffered a bad end because they thought that a full-featured app will be more useful to their consumers for they offer an extensive range of capabilities and cater to a large audience. Companies aimed their mobile apps to do it all. Unfortunately, they landed up developing slow-to-load and difficult-to-use apps. They didn’t foresee the vexation such apps would bring to consumers against the huge memory space that will be eaten up by the otherwise heavy apps.

WHAT IS THE MICRO APP DEVELOPMENT TREND?

Following the tech history, we can see that every time an invention happens, it is focused on delivering simpler and faster solution to a complex problem, and this is a never-ending process. Taking this further, mobile app developers out there brainstormed, worked, reworked and came up with a superb solution against those large-sized apps- in the form of micro applications.

Micro apps deliver a more user-centric experience where the users can open the app, interact with it and get out of it with maximum efficiency. A perfect example to understand micro apps is a weather app. You open the app, look into the weather report of the specific location and then close the app. So, the app caters to the specific needs of the users and solves the purpose. They are quick, easy-to-use and fast-to-load, without utilizing unnecessary memory of your phone and wasting your user’s time on irrelevant functionality.

Each day, many of us interact with micro apps on our smartphone but do not realize that t we have used them. Providing task-based, highly-focused functionality, the micro-app concept is of great importance in enterprise app development. For the employees to access to office material, to track departmental activities, to stay connected with clients in and outside the office, to successfully run the concepts of enterprise mobility and Bring Your Own Device (BYOD), micro apps are bliss.

While working in an organization, the management and the staff work on improving the efficiency in one way or the other. Here, micro apps serve a good purpose. Today, enterprise mobility is encouraged to get the work done from anywhere, anytime on any device. When employees are given this liberty to take their own devices to the workplace, they want to get rid of the complexity and perform simple and fast actions instead. Because then they can work more effectively and optimally in a day.

Lazy loading, large device memory usage and complex interfaces are really not meant for enterprise apps. On the contrary, for enterprise apps, simplicity and user-friendliness are the biggest mantras. Micro apps have been a profitable solution here. They provide easy-to-interact interfaces for novice users as well senior workforce. These are single-purpose apps; for example, if the employees and clients want to share presentations they can have a separate, tiny app dedicated to preparing presentations and then can be shared through the enterprise’s cloud.

One more example could be the manager who can approve the subordinate’s paid leave while having the morning tea at home. This kind of comfort is what employees expect from enterprise mobile applications and micro apps fit the best in this space. While accessing business apps, it’s important that the users get in and get out quickly and the functionality should be precisely tailored to user’s needs. They are remarkably simplistic and visually lightweight, providing users the exact information and nothing more.

Micro application development is being heralded as the next big thing in the tech landscape. Most mobile app development companies and app developers are putting in efforts to understand the making and baking of micro apps because they can anticipate a bright future where hundreds of thousands of enterprises will approach them to create micro apps for their enterprise.

Typically, its one form of rapid mobile app development where the app developers can aim the attention to developing more stripped-down app interfaces, that delivers seamless user experiences across B2B and B2C apps. They are designed such that they serve a specific user type with a specific application workflow. Consequently, the mobile app developers keep in mind to provide the right consulting to these startups and enterprises that they don’t need to stuff their apps with features, especially if it’s their first attempt. Eventually, they can extend the features and usage.

Micro apps load dynamically and directly into the existing communication tools like in Facebook messenger and Slack. These are the platforms that support the interactive, lightweight applications that are intelligent and context-aware.

Micro services is the next level of micro apps. The concept is unknown to many of us. It’s like breaking an application into smaller services, which actually do not need to be a true micro service. A true micro service is rather difficult to implement and has a large an architecture.

In micro services, the entire application is composed of independent services that interact using standard APIs. But this isn’t the case with a micro app. For instance, a mobile application that is made up of several micro applications that are deployed to the same application server. Ths certainly doesn’t provide as much capability and security as a true microservice architecture. However, it is easier to implement and manage and makes for a great model to be used as a common source across multiple applications.

Yet, there are issues with such architecture of micro application development when too many applications are deployed to a single container. There could be memory limitations or other issues like the processing of one application. Honestly, micro apps are the best for a small or medium sized user base. You need a load balancer with multiple servers for a large audience.

Unarguably, these micro apps make the best projects at the enterprise level, thereby endorsing enterprise mobility across the world.

Ultimately, the reasons why you need micro apps are: