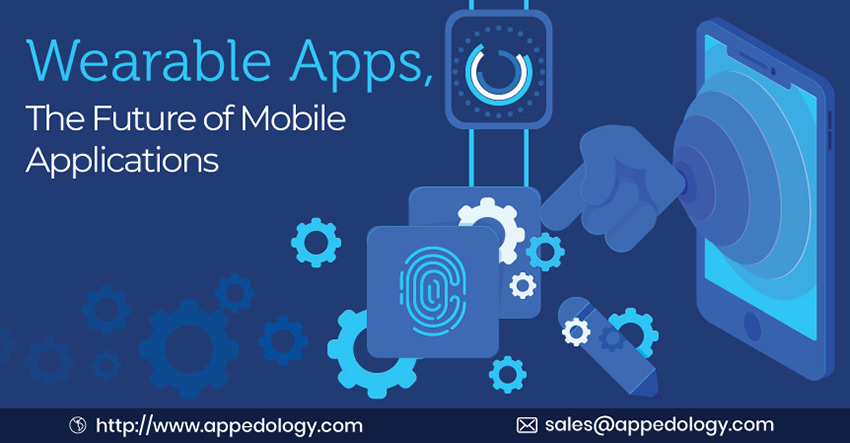 Wearable apps seem to take up a place in the market which was completely non-existent before. Not only have they opened an entirely new way of opportunities in the technology world but they are considered more approachable than hand-held technologies. It’s only because of the amazing scanning and sensory features that wearable apps offer which can’t be seen in laptops or even mobile devices. From education, to fashion, fitness, gaming, music, tourism, to finance, and transportation, the benefits and implications of wearable technology has significantly increased. The objective is to solve day to day issues and make people realise how integrating electronic devices in their daily lives has become essential.

Demand for these devices is high across industries and continues to increase at a fast speed. The reasons why wearable applications have become so relevant for mobile app development companies are many, keep reading to find out.

Below, there's a list of changes that wearable apps will bring:

Wearable apps that are specifically designed for offering ergonomic interface will have a relevant user interface, so people who start using them don’t go anywhere else. The instructions given to users would be specifically assembled and concise for users’ access. The idea behind wearable apps is to provide a kind of interface they have never experienced before.

The tech ecosystem that has to be built for upcoming wearable mobile applications will be made in a way that it'll allow changing screen sizes dynamically. As a result, this will help make wearable apps more user-friendly.

In order for wearable mobile apps to respond to individual commands and load quickly, they need to be lightweight. People will be more inclined towards using wearable apps if they prove to run more smoothly.

Real time usage will consume low energy and a longer battery life of apps will be ensured. This means that people will use these devices for a longer period of time without having the need to charge it.

There is a high probability that wearable applications will include customizable notifications option such as having your app in different coloured signals. This will give users a freedom to customize their app. Voice memos and single word messages are also possibilities.

Wearable apps promise to include advance features which will enhance user's interaction with the app. These features include swiping, tapping and responding to voice commands. The more engaging the app, the more time customers are going to spend on it.

As far as data storage is concerned, cloud in wearable devices will become the primary centre for data storing. However, it will also act both as a storing service as well as a place for allocating data. There are many applications that deal with confidential data. These apps have high security protocols that require a high level of security. Acces to the cloud can be done through voice recognition and biometric techniques.

Appedology is a digital service provider with a team of expert developers. Appedology delivers services such as Android, iOS and Windows mobile development, as well as game and web development to their clients. They're also experts in digital marketing.