Want To Get On Top Of The Apple App Store? Learn To Optimize Your App For These 4 Ranking Factors 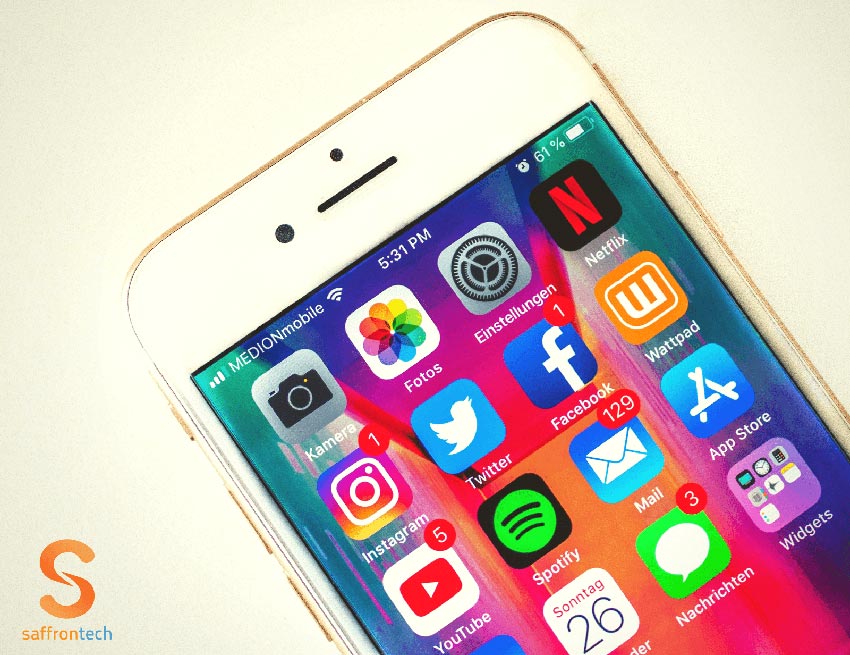 There are more than 2 million apps in the Apple App Store waiting to get noticed by users and the quest to get discovered in the marketplace is now hotter than ever!

Why? Because more than half of the users use an app store search to stumble upon their desired app before downloading it.

With more than 175 billion downloads in totality (combining both Apple App Store & Google Play Store), more than half of them are made with the help of searching in an app store.

While you can make use of paid CPI campaigns, social media promotions, advertisements, and affiliate campaigns to generate that much-needed buzz around your newly launched mobile app. If you are low on budget, you can always take the organic route as well.

98% of app publishers go for the latter option and app-store optimization (ASO) is at the heart of organically increasing your app rankings in the app store.

But what is ASO?

Simply put, ASO is the process of optimizing mobile apps in such a way that helps them rank higher in app search results.

The main goal of ASO is to send maximum traffic to your app’s page to foster downloads.

Thats’ the underlying concept of ASO.

Now, that you know what ASO is, let’s look at some of the factors you need to take care of to pave your way up the app store.

While both Apple App Store and Google Play Store use their own unique algorithms to rank mobile apps, optimizing your app for both these platforms is quite different.

While ASO for Google Play Store is widely discussed and known. When it comes to optimizing your mobile app for Apple’s App Store, many developers and marketers still think it’s the same as Google… which is not the case.

So, let’s look into what matters the most for ranking your mobile app in the Apple App Store and how is it different than it’s famous counterpart, Google Play Store.

Apple takes a 30% cut off the total revenue earned by a mobile app through their app store. And Apple loves revenue, you don’t become a trillion dollar company out of thin air.

Revenue for Apple is directly related to the number of times an app is downloaded from their app store. So, it makes sense for them to highlight the apps that are downloaded the most (and makes the most revenue for them) at the top of their search results.

On the other hand, Google Play Store, along with the total number of downloads, also takes into consideration some UX factors and user dwell time for a particular app as well to award rankings. So, you’ll have to optimize your app accordingly to get to the top of the Google Play Store.

Apple only cares about app downloads and deems it as the strongest ranking factor for ranking various apps on their app store.

But it is an off-site factor and you can not influence it directly. So, you’ll definitely have to engage in some promotional activities to get the ball rolling for your app.

Here are a few ways you can make use of to promote your app:

We all know how important keywords are for Google. You can literally add keywords in your app description and app title to better portray your app’s relevance to a search query on the Google Play Store and it would be taken into consideration

But playing with keywords is limited in the Apple App Store and you can only add keywords in a dedicated space… which is of 100 words. Any keyword added anywhere else is probably a waste of space on the App Store.

So, you’ll have to be extra careful when choosing your keywords to target on the App Store. You can use a tool like Google Keyword Planner to get a basic idea of what keyword you need to target according to your app niche. Once you’ve selected a focus keyword, you can use a tool like AppAnnie to generate a ton of other keyword suggestions and conduct in-depth competitor analysis.

Once you have selected the most powerful but relevant keywords to target, use these tips to better use the tiny keyword real-estate the App Store lets you play on:

The ratings and reviews you have received on your app is an important ranking factor on both app stores and it has all the reasons to be. While Google only takes into consideration app reviews of the latest version of your app to display ratings on the play store. Apple’s App store, on the other hand, takes into consideration every review you have ever received on your app to display.

When was the last time you downloaded an app in your phone (Google or Apple) without at least having a look at the ratings and reviews the app has garnered over time? Yes, never!

According to a study, almost 90% of users look at the reviews of a service provider to make the final buying (in this case, downloading) decision. The higher your ratings, greater will be the number of downloads and higher will be your rankings. Simple as that.

But again, since it is an off-site factor that is not under your direct control. Here are a few best practices to solicit the right kind of reviews for your app:

Your app should be visually appealing enough to entice the user into downloading your app.

Humans are attracted to beautiful things. Our brains are wired that way and your app must not fall short in this aspect. That’s why this factor is equally important on both app stores to boost downloads.

By visuals, we mean the app logo, app screenshots, introductory video, and the app’s website. Literally, anything visual a user comes in contact with on your main app page should be stunning.

Here are a few tips to visually stand above most of the apps out there:

There are a lot of other factors that can directly or indirectly affect your app rankings in the Apple App Store… well, not much if you compare it with Google. But still, if you focus just on optimizing your app for these 4 above-mentioned ranking factors, you’ll definitely see the Apple algorithm doing the legwork for you while you enjoy higher downloads for your app.

Gaurav Sabharwal is the Co-Founder and Business Head of Saffron Tech. He is a thought leader and technology enthusiast who believes in empowering businesses through digital performance engineering. Gaurav likes to write about the latest trends relate...