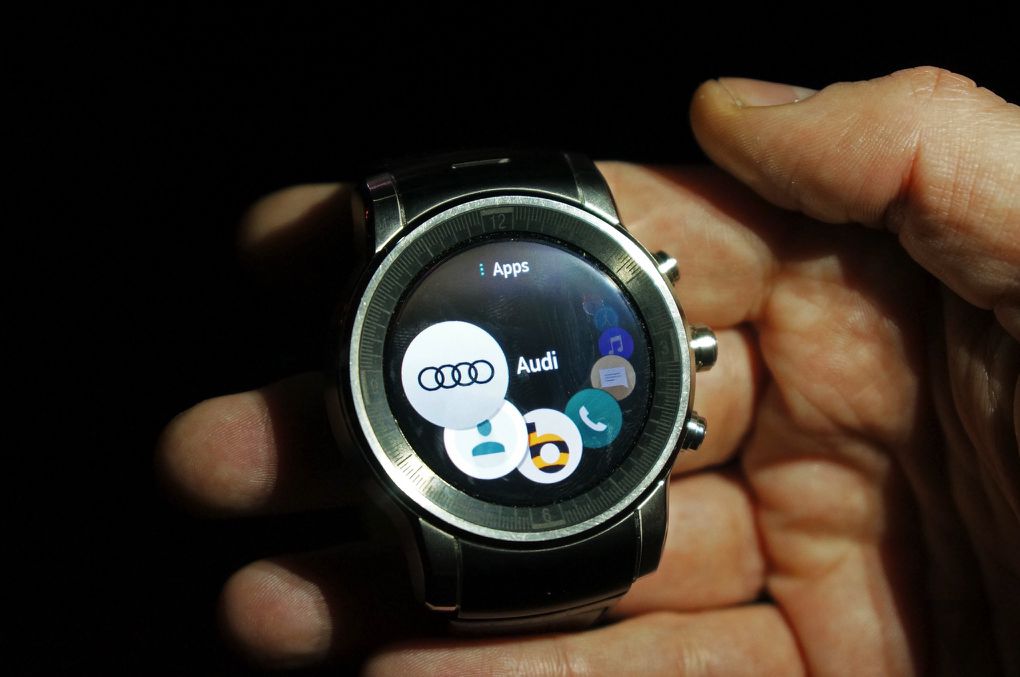 Audi and LG introduced their webOS smartwatch atCES 2015 some months ago. Audi had already announced that its future cars would be able to interact with the drivers through an LG smartwatch, but what no one expected was that the smartwatch was going to run open webOS instead of Android Wear.

Audi & LG’s smartwatch has a rounded shape and a design that looks a lot like LG’s G Watch R. But we can clearly see Audi’s contribution to the device’s design, especially in details like the steel structure or the incorporation of some buttons. The result is a very elegant and attractive watch, which will be able to work independently from our smartphones.

Apple Watch launches on April 24, so we have much more information about this device. Pre-orders will begin on April 10 in the US, UK, Australia, Canada, China, France, Germany, Hong Kong and Japan, with more countries due to get it later. The same day, users will be able to try it at the Apple Store. Prices will range from $349 for the entry-level Sport model to $17,000 for the 18-karat gold editions.

Apple Watch is an iOS 8.2-friendly, iPhone-compatible smartwatch. It will have a retina display with force touch and will run Watch OS. It has a square design, and it will be available in 38mm or 42mm sizes. There will be three different Apple Watch editions, each of them in the two sizes, which makes a total of six versions. To all this, we have to add the diverse combinations with straps, which gives us up to 38 different options. The Apple Watch is the simplest model, with stainless steel or space black stainless steel with sapphire crystal. Then, the Apple Watch Sport will come in silver aluminium or space grey aluminium with ion-x glass. Finally, the expensive Apple Watch Edition is a stunning 18-karat yellow gold or 18-karat rose gold with sapphire crystal luxury watch.

It seems that Apple really wants us to use the Digital Crown more than the touch screen. The Digital Crown is a scroll wheel that lets you zoom in and out of the interface. By the way, the home screen looks nothing like the iPhone's one: Apple Watch’s one has more a spherical look at all the apps available on the watch.

It will also work without an iPhone for select apps, including Apple Pay, Passbook flight check-ins, listening to music during a run and tracking fitness metrics. Amongst the things you will be able to do with your Apple Watch, there’s making and receiving calls, reading emails, getting Facebook alerts, WeChat messages, Twitter trends, summon Siri, and track fitness goals. It also packs NFC, allowing it to be used as part of the new Apple Pay system. One of the most interesting characteristics is that the watch will scan messages coming in to work out if it can generate an easy response for you to tap. The contacts app is appealing too, as it allows you to send things to your friends that go beyond the normal messaging paradigm.

It will also offer some “original” features like sending you a vibration code that you've predefined with a friend or hitting the screen with two fingers to send over a heart rate image, which vibrates on another person's arm.

The Apple Watch will have 8GB of storage, which will limit the amount of photos and music that can be stored directly on it, but it's still double the space of 4GB Android Wear watches. 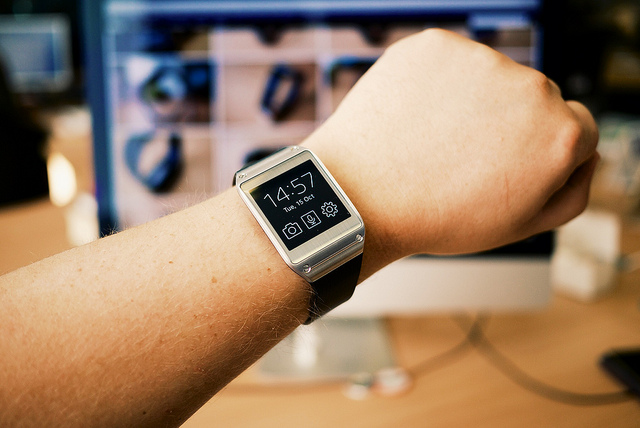 We don’t have a lot of information about the LG & Audi’s smartwatch yet, but for now we can say it looks more beautiful, comfortable and smooth to use, with an attractive and simple interface. As a watch, it has an appealing, clean design. As for Apple Watch, its square and maybe a little too big dial makes it not so attractive as a watch. We don’t know the price of Audi & LG’s device, but Apple Watch is far too expensive for a smartwatch. As an example, Android Wear's initial watches were the Samsung Gear Live at $200 and the LG G Watch at $230. However, it’s clear that Apple is, once again, aiming for luxury with its sapphire glass-protected displays and the 18k gold edition. We already know that it will have an 18-hour battery life, so we’ll have to charge it everyday. Finally, the Apple Watch will probably be more interesting for health features, not just checking steps or heart rate once in a while, but also helping users be a bit less sedentary.

For the rest, there’s still a long way for smartwatches: will people get used to wear these devices on their wrists? Will we ever speak through them? Are they really comfortable for typing and surfing the internet? Do they actually offer something different and new? The answer is blowing in the wind.