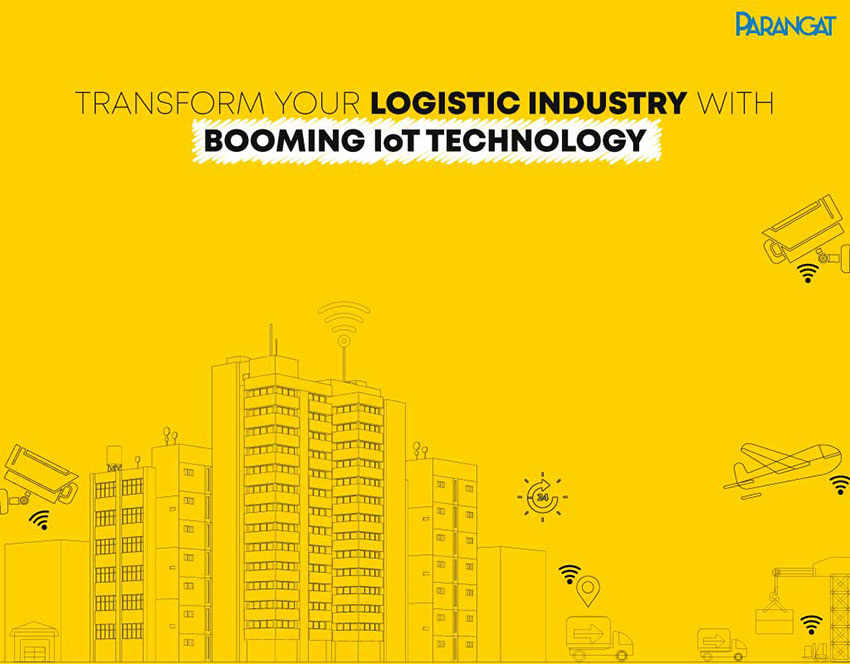 Internet of Things (IoT) has grown to become an integral part of almost every industry across the globe. Our day-to-day activities have been refined tremendously since its inception in 1999. A lot of businesses and industries might have leveraged IoT technology but statistics claim that only 17 percent of the innovative influence behind the technology has been used thus far. An estimated $457 billion global market growth on the usage of IoT is expected in 2020.

Research has it that over 7 billion devices were connected to the internet in 2018 alone. If this same number is said to have access to tons of IoT applications, the influence it can create is quite alarming. Logistic industries have over the years only been able to pull up an estimated $5.1 trillion net worth across the globe but since the IoT became a major player in the industry, it's estimated worth for 2023 is over $15.5 trillion. 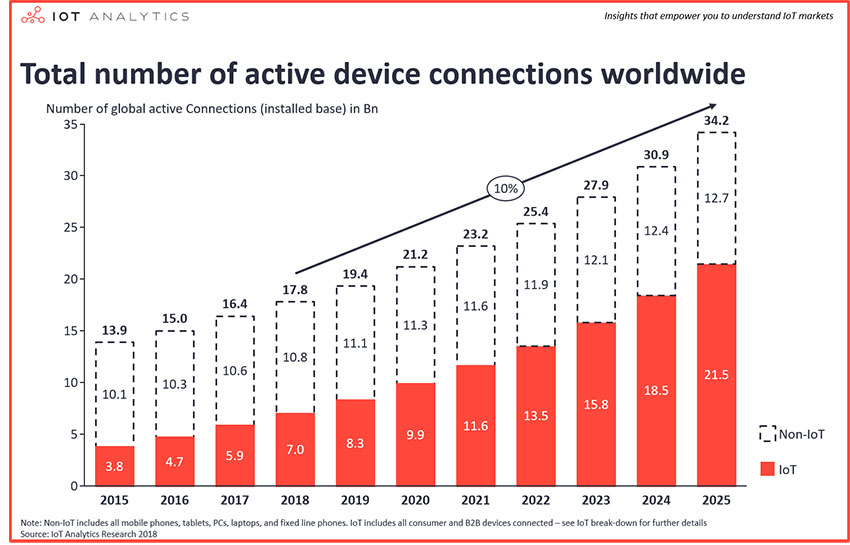 While numerous logistic industries fancy the usage of IoT in carrying out their day to day activities, its impact on the industry is most times underrated. Before the introduction of IoT in the logistic business about a decade ago, there were a lot of challenges that hindered the productivity level, including

How are IoT and the Logistic Industry interconnected?

At the fair mention of IoT with the logistic industry, a lot of questions come to light. Answering all the questions might take all day but we are certain that if you stick with this article, you would have answers to questions like how the Internet of Things affects the movement of goods; how IoT has transformed the Logistic Industry; and the best way to implement IoT in your business.

First things first, we would like to start with the connection between IoT and the Logistic industry.

IoT deals with every object that shares connectivity with the internet. Ranging from your smartphones and health bands to your laptop and internet-connected televisions- every device connected to the internet possesses an IoT capability.

Moving goods from one place to another entails a lot of processes. From the instance the desired mode of transportation, be it a truck, plane or ship leaves the shipment area, keeping a tab on it becomes almost impossible.

IoT technology provides room for real-time tracking apps that would enable you to monitor the movement of the goods from the comfort of your home via phone or PC Real-time tracking can be used on a personal or company level. Huge companies like Amazon and eBay make use of real-time tracking to ensure that their customers can keep track of their goods after shipment.

A step ahead of your competitor would easily help you pave a positive path for your company to trade on. IoT technology can be used to keep you at the forefront of the industry. Bulky data has remained a problem for a lot of logistic industries due to the intricacies attached. Thousands of dollars are lost by companies yearly due to the unpredictability attached.

IoT technology has made it easy for industries to easily navigate through the complexity of bulky data by providing them with durable IoT applications that summarize bulky information into easy to understand analysis. The predictive influence of IoT also encompasses the navigation of pathways in terms of road and bad weather conditions.

Every logistics industry is familiar with the risky nature of this business. There are times when the counts wouldn’t just seem to be adding up. Keeping a logistic industry moving means ensuring that everything is in place. IoT authentication enables industries to create a machine-based, two-factor authentication via digital certificates or biometrics to safeguard the industry’s data. This ensures that sensitive data doesn’t fall into the wrong hands.

The usage of surveillance cameras to secure goods and services within the industry, making use of cloud storage to protect the industry's database and keeping a tab on the ins and out of the industry can all be carried out effectively via an IoT application.

Companies like FedEx and Walmart have maintained famous industrial reputations due to the impact of IoT in their businesses. Parcel tracking became possible due to the real-time tracking influence that IoT provides. While the argument as to whether automation should take the lead role in handling big data in numerous logistic industries remains up for debate, its usage in ports has become dominant across the globe.

Lots of cargo ports and warehouses make use of the GPS and RFID-derived location data with sensors to keep a tab on the movement of goods to facilitate easier and efficient movement. Billions of phones capable of handling functional IoT apps are available making it easier for IoT optimised industries to communicate with their customers from the comfort of their office.

IoT Solutions in the Logistic Industry

When it comes to the number of influential IoT technologies available in the logistic industry, attributing a specific tag is quite impossible. Below are a few influential IoT-based solutions that can be used by logistics people.

Comfort and reliability are an important requirement of the logistics industry. One of the key factors affecting the credibility of most logistics industries is late delivery; no client likes it when his or her goods are not delivered on time. The introduction of drones in moving goods from one place to another might not be largely used due to its cost but its ability to transform the industry remains unquestioned. 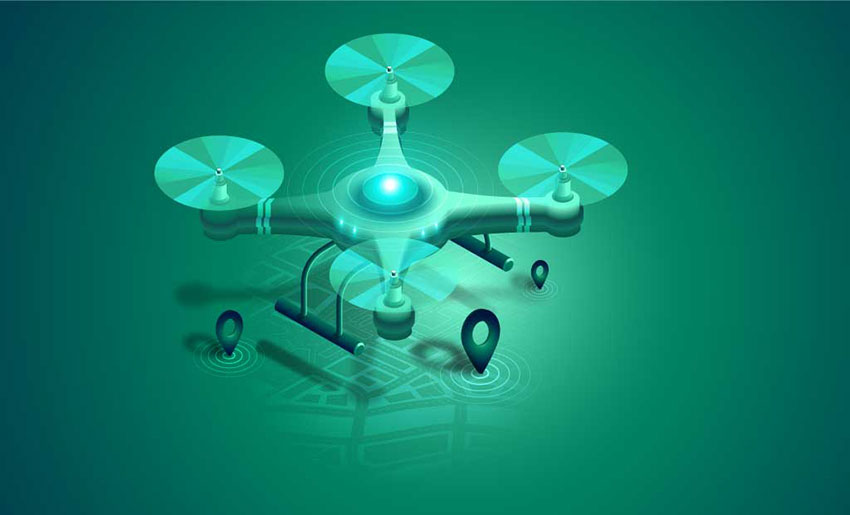 The introduction of Drones has enabled a lot of logistics businesses to meet deadlines that were deemed impossible.

Lots of suitable drone applications have been made handy by numerous app development companies ensuring that goods and services are delivered promptly. The introduction of drones into the logistics industry has enabled a lot of logistics businesses to meet deadlines that were deemed impossible.

A lot of goods that go in and out of the port are perishable. Keeping track of all the goods can get bulky and tiring when left at the hand of an employee. IoT Blockchain applications have made keeping track of the lifecycle very easy. Blockchain apps can also aid the supply chain when it comes to traceability, accessibility, and transparency.

No customer would fancy sending or receiving goods within a specific time frame without information about its whereabouts. Parcel and inventory tracking isn’t a new trend in the industry, a lot of top-notch companies can attest to the reliability it provides. 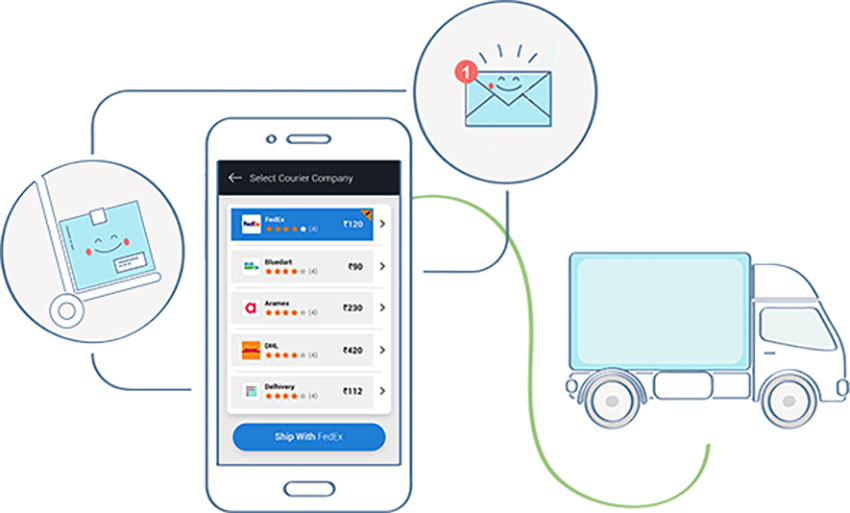 With the interconnectedness and usage of IoT in the logistic industry gaining a firm stance in the competitive global market; the question as to its availability remains unanswered. While a lot of app development companies might provide new industries with substantial packages that would enable them to gain a reliable spot in the industrial market, its maintenance and sustainability are dependent on its usage.

Tons of options are available for logistics industries on a quest to use IoT technology in their company. An IoT app development company with a demonstrated track record remains the best option. They can provide optimized packages that can serve the need of any business. Don’t hesitate to click this link if you require a consultation on your IoT-based app.

How to Choose the Right Digital Transformation Consulting Partner

How to find your software development company
Create project