Top iOS Trends to Decide the Future of App Development 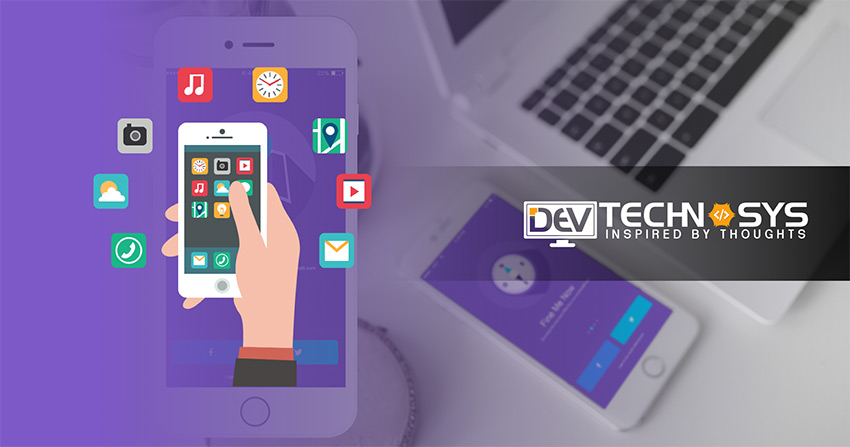 The hardware of Apple has been becoming more sophisticated along with the iOS platform evolving at each and every step. One of the leading notions among developers is that there are huge possibilities to create advanced apps which can set the tone for the upcoming future. Recently, iOS 11.4 was launched and it included Messages in iCloud, AirPlay 2, HomePod stereo pairing and support for ClassKit framework. iOS 12 is about to come, and there will be improvements in all the kinks that are present in iOS 11. There are different technological advancements which have boosted iOS app development in different spheres. These are likely to be the trend in the upcoming future. Let’s look at the top iOS trends that will be deciding the future of app development.

Swift provides support for both iOS and Linux, along with an additional facility to recompile for TVOS and MacOS. Swift4 actually simplifies all app development by scaling down the consumption of memory, which makes it better for iPhone app development. The iOS developers will be able to make the best use of enhanced features that come with Swift 4 in order to introduce potent enterprise apps, which will perform better and be more secure. Life of the iOS developers will essentially become much easier with the availability of the latest codable protocol and this will allow them to serialise or deserialize data to JSPN without having to write any special code. The different directories in the Swift 4 have essentially become even more powerful. These new features essentially mean that iOS app development companies can now focus on the features and functionalities of the apps and not be concerned about memory storage and hogging. It will spur the growth of mobile app development solutions in iOS.

Artificial Intelligence has made its mark in every industry and it is doing the same in the iOS world, where developers are leveraging this feature in order to develop more intelligent apps and integrate them easily the Internet of Things (IoT). Apple has recently introduced CoreML, a machine learning framework that allows iOS application development without any extensive coding, while also introducing new features like face recognition, barcode detection, object tracking, as well as improved security. For example, CoreML can easily be utilized with Vision framework in order to classify different images and also process them to make the machine learning much easier. It can also be utilized with the camera sensor of the phone to capture the images and then used with different external IoT sensors. The possibilities are endless when machine learning is moving from cloud to device.

Augmented Reality will certainly take off with the recent iOS 11. It will facilitate the development of applications that will consist of AR and it will be further boosted with the availability to Amazon’s Sumerian Application platform with the complete support of Apple ARKit. iPad and iPhone users will now have an app which will redefine augmented reality. AR will certainly find widespread usage in different industries as well as in homes. It isn’t just gaming where AR is delivering a great experience. For instance, homeowners can easily previsualize how their home furniture will fit inside their homes. Different service technicians in various industries can now visualize the equipment as well as the repair process. Education can easily take a new dimension when iOS developers start incorporating AR into different learning apps.

The availability of HomeKit framework is opening an entirely new world of iOS application development, which will lead to better home automation. You can easily expect to see many apps allowing homeowners to easily control different devices using their iPhone or iPad. They don’t have to tap on any button. Siri, the iOS virtual assistant, is also evolving in terms of intelligence and any voice command can essentially control the devices.

5. Growing use of Wearable apps

Apple watch, as well as similar devices, boosted the growth of iOS app development. This allowed easier integration of these different devices with tablets and phones while working standalone. They offer new features and functionalities and, with the inclusion of AR, they can provide much richer user experience. Companies can hire iPhone app developers to inculcate these features in their wearable devices to cater to the needs of their users.

Users don’t like to download apps in general, especially those which they don’t find to be useful. This has certainly led to the emergence of instant apps. Now the users don’t have to download and then install apps. They can simply run the app in order to check if it suits their requirements and they can choose to download it later on. This particular trend is influencing iOS app development, with developers focusing on developing apps which suit the preferences of the user.

With the inclusion of the recent iOS 11, iOS app development has changed significantly. The availability of new technologies, like Augmented Reality, is offering new opportunities to improve the user experience. With HomeKit, developers can create apps which allow the homeowners to control their home devices and appliances. Wearable apps are now becoming more interactive and will continue to do so. Instant apps are becoming the latest trend as the users don’t want to install unwanted apps and want a preview of an app before downloading it. Artificial intelligence will make iOS apps even more intelligent, which can cater to the requirements of the users in smarter ways.

How Facebook apps are uplifting small businesses
Build MVP Right: Save Your Time and Money