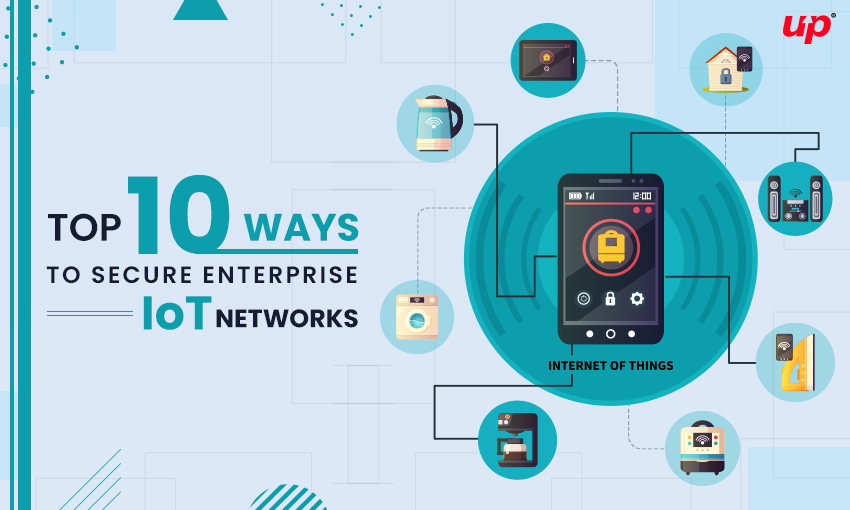 Just like other technologies in the market, IoT also comes up with massive scope and infrastructure. With all this, the Internet of Things (IoT) is certainly reaching the new levels of enterprise networks, and if businesses want to bring their services to a new level and reap maximum benefits then execution of security plan is crucial.

Due to the usage of IoT devices and applications at large scale, a security vulnerability is a concern that will continue to plague these connected devices.

Reasons why IoT connected devices are not safe?

All these above-listed reasons are predicted to make IoT worse in upcoming years if taken for granted. Several organizations are still not equipped enough to secure even their popular business apps for malware, which is resulting in Denial of service attack (DDoS attacks), and this step is leading them to provide an entry point into their networks for ransomware and other cyber attacks.

IoT is a broad term and mainly refers to a particular niche or area in which 2 or more technologies together to boost up the possibilities of the current world. Well, unlike others, IoT is not a hundred percent secure and it is not different from others as well. This write up is an analytical review of the security threats in the IoT sector and the prevention techniques.

Have a look at the top 10 ways through which you can secure your enterprise IoT network from security breaches.

Most of the IoT networks are wireless now, as with the rapid growth in the technology wireless overtake wired global internet services. This step makes security far more demanding than with long-established wired networks due to the diversity of budding wireless communication protocols and standards.

It is important for businesses to authenticate their IoT devices by all legitimate users. There are various ways to achieve such authentication like

Embedded sensors also a good way to authenticate other devices

Many IoT devices easily connect with open WiFi ports to support functions rather than avoiding these open ports to support standard functionality for the user interface. Even sometimes password protected ports permit access only with an IP address.

Again, the main concern here is to reduce your attack surface as much as possible. That might mean completely blocking the unrecognized traffic and ports with a firewall.

To stay ahead in the marketplace, the manufacturers often are in rush to launch their products in the market at the economical prices. And, while taking this step, they even forget about paying attention to the security updates and patches. This poses a serious risk in the security of their IoT devices. To conquer this dispute, the manufacturers of the IoT devices should avoid launching their applications without proper testing and analysis.

Securing the interface of an application is important. For this, a user needs the ability to authenticate and authorize devices that want to exchange data. In this way only authorized devices and users will be capable of communication between secure devices for exchange of the data.

For the complete security of IoT applications, it is important to continuously update them for patches needed to deal with the continuously varying strategies of cyber attackers. This step certainly requires expertise in fixing gaps in software.

Security analytics is not only used for threat prediction but to monitor and control security-related data to avoid future threats. This also helps to balance traditional approaches that fall outside of an established security policy.

Encrypting data poses a big challenge as this step helps you to maintain the reliability of your data and diminish the risk of data sniff by hackers. To make things worse, encrypting of IoT data requires competent encryption key lifecycle management as every product needs a different type of encryption key. Inefficient knowledge can make you more susceptible to cyber attacks and increases the chances of a data breach. On the good part, if you succeed in this part, then you can save it from attackers easily.

Check the setting for your devices

It is the primary step to avoid any security threat in your business application. Your IoT application might come with default settings (security). You need to change them as soon as you start using the app as some default settings could make things worse. You can also disable features you may not need.

The above-mentioned ways are critical for IoT security that works truly to secure your enterprise. No doubt IoT is emerging at a high pace and will soon make a place in your room. They can make your life much more comfortable but don’t forget your part to secure your IoT device now.

How to Hire a Top App Development Company
What is React Native: What it is used for and why it is the future of mobile app development

How to Handle Corporate Scandal and Minimize Reputation Damage

The 5 Questions That Reveal A UX Team's Real Worth