With more than 300 mobile app development companies listed in our directory of Ukraine, we are sure you can find a company that can solve your mobile app needs. Here you'll find the top 10. 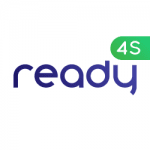 The quintessential multinational development firm, Ready4S is one of the top ranked app developers in the world. They pride themselves on delivering projects on time and the amount of downloads that their apps have received. They have worked with more than 50 startups from around the world to launch apps. From New York to Zurich to Kuwait, Ready4S has helped companies like Smartzilla, AutoCentrum.pl and Credit Agricole to reach their app development goals. Whether you want to work with them from inception to launch, or for just a portion of the project, Ready4S along with its 35 hired specialists have got you covered. 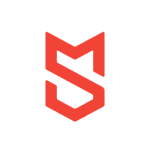 Mind Studios offers its clients web and mobile app development as well as UI/UX design services that can help get an app from the drawing board to an app store. Clients such as KinCentral, Clear Skin Concierge and DarwinLogic are appreciative of the development company’s efficiency, attention to detail and performance. However, Mind Studios is a full cycle team whose expertise goes beyond the code. By offering SEO/ASO services Mind Studios is helping companies get the reach and eyeballs to their apps, websites and products. For specialized tasks the company also provides IT consulting. Customers that have gone and used Mind Studios services have produced apps that have been positively received, and these include; TapToTrip, FamilyApp, DirecTV and EssayStation. 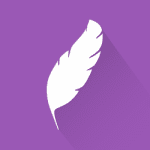 A lean mobile and web app development firm, Appus doesn’t care for anything that doesn’t help them provide their clients with the best apps delivered in the most efficient manner. Strictly playing in the iOS and Android sandboxes, Appus has helped develop tool apps such as FERS and Ugogo, games apps like WordFinder and Rankr, photo apps like LoveCam and Quaner. Appus also offers web app development and UI design capabilities, but make no mistake about it, this is a mobile app development house first and foremost. 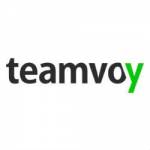 TeamVoy is a mobile app development house that also provides frontend and backend web development services. The team's greatest advantage lies in their unique blend of providing quality work, agility and rapid prototyping. Using this simple system, the lean three person team is able to provide end-to-end app development services to their clients ranging from New York’s RealtyMaven, Hong Kong’s BitSpark and all the way to San Francisco’s Faria Systems. To differentiate themselves, the team has also delved into the Cloud Computing space, offering clients ways to optimize their infrastructures. Above all, TeamVoy is committed to working closely with their clients to provide them fully functioning and high performing apps. 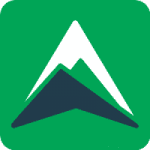 Cobra Code, Western Union and Allayo are but a handful of clients that Eastern Peak Software has successfully worked with. Their service offerings include the typical mobile and web development as well as design and testing, however what sets them drastically apart from their competition is their marketing and video services. Eastern Peak understands the power that proper storytelling can bring, whether it be through various forms of marketing or video production. For clients, Eastern Peak serves as a one stop shop where they can bring an app idea to life and then simultaneously work on the ROI through marketing. Furthermore, this particular developer has ventured into the relatively new field of TV apps. With the help of Eastern Peak, clients and companies can now generate apps and contents for such platforms as Roku, Chromecast and AppleTV. 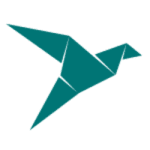 With 24 apps under their belts, the folks over at TechMagic are reaching beyond the standard iOS and Android platforms that other players in the industry restrict themselves to. Besides the major platforms, TechMagic is also developing for AWS and NodeJs, the code that companies like LinkedIn, PayPal and Walmart have already transitioned to. TechMagic will walk a client through the entire app creation process from idea generation to design, coding to implementation, and finally from launch to marketing. Having built apps like Forq, Menyoo, Good.co which has been featured in publications such as Mashable and Techcrunch, it is no wonder why this start up from Ukraine is gaining traction within the industry.

Founded in 2009, MLSDev has over 170 clients spread over 4 continents. Having worked on 400 projects since they first opened their doors, MLSDev has refined their practices to a tee. Ushering a project from an idea on a piece of paper to a full blown app ready to be introduced into the marketplace. MLSDev has since grown to be a specialist of sorts and is reflected in one of their offerings, the MVP (minimum viable product) development services. Think of it as a highly refined rapid prototype, perfect for the client who must deal with both time deadlines and budgetary restrictions. MLSDev attacks this problem efficiently by utilizing a internal team of engineers and developers who specialize in MVP projects. 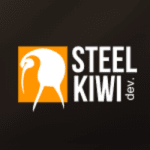 Steel Kiwi claims that it is able to put forth such good work partly because of its agile methodologies, but take a closer look and you will see that it is the company’s obsession over the quality and integrity of code that has made it a go to for companies like MuslimKids.tv, TipCow and Mounthermon. Besides the usual web and mobile development services, Steel Kiwi also offers server engineering and business analysis/audit services. This truly pushes out what they can do for their clients. Rather than just stick with the product, Steel Kiwi is able to take a truly comprehensive approach that really provides extended value to their customer base. Much like MLSDev, Steel Kiwi also implements an MVP approach, especially for start-ups which helps these young businesses to launch a product with minimal resources. 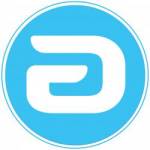 A web and mobile app developer through and through, GBKSOFT’s team of 15 has impressively churned out a host of apps that include Drophook, UPuzzle, and the photo app Snapchur. GBKSOFT prides itself on being a web and mobile (research and development) engineering company, whose knowledge of mobile and web technology is only matched by their ability to utilize said technology to create high performance and high quality apps. They stand by their product and include a maintenance phase for their apps. Should any errors or glitches be uncovered you can rest assured that GBKSOFT’s team will be all over it. 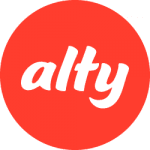 A no muss, no fuss mobile app development company, Alty works with companies Coppertino, Privat Bank and CityHour.com on both iOS (iPhone, iPad and Apple Watch) and Android platforms. Like many of their competitors, Alty also offer their clients web app and UI/UX services. The clients are found throughout four continents and apps they have worked on have been featured on several publications such as Time, Fortune, Mashable, Reuters and Forbes. Clients like their flexible pricing plans. Alty’s offerings range from simple 1-2 month prototyping to a full featured product launch lasting 4 months or more.

Read our blog if you have some doubts about which mobile app development company to hire with the steps you have to follow before hiring the best company for your mobile app project.

Chat App Development: Must-Have, Nice-to-Have and Extra Features to Help You Stand Out