For over a decade now India and a handful of countries were seen as cheap places to get highly technical work done. Yes, the prices were good but the quality of work was hit or miss at best. Whether it was the sheer distance from their clients or something lost in translation, work from India came with mixed reviews. Fast forward to today, things have changed significantly.

Indian mobile app developers like the ones listed below are professional outfits, with many of them being multinational companies with offices throughout the globe. These developers from India are legitimate powerhouses when it comes to getting apps built and on the market. 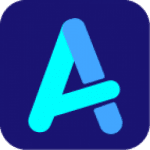 With offices in New York, London, Germany, France and of course India, Appinventiv is leading the charge when it comes to development companies in India. Appinventiv is a widespectrum developement company whose expertise ranges from mobile and web app development to UI/UX design, and from the Internet of Things all the way to wearable technology. With experience in a multitude of verticals which include finance, hospitality, mCommerce, entertainment and social networking, Appinventiv has proven that it is one of the most experienced and versatile development companies, not just in India, but on the planet. Just ask their clients like Kmart, UCLA, Spiritec, BMG and Stylefind. 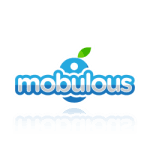 While the folks over at Mobulous are willing to take on almost anything that comes their way, they are quick to remind clients that their expertise lies in mobile app development. Whether it be for Android or iOS, Mobulous can get bring an app from idea to marketable product. Having worked on apps for all sorts of industries ranging from real estate, restaurants, healthcare, enterprise and everything in between, Mobulous can help businesses with all phases of the app development process. 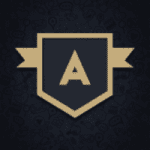 Appsquadz is an unapologetic mobile app development specialist. Working with iOS, Android and Windows operating systems, Appsquadz develops apps with both smartphones and tablet environments in mind. Their work has been sought after by several household multinational corporations throughout the world which include Coca-Cola, Fiat and ICICI bank. Working with companies like these and many more, Appsquadz has developed apps for verticals such as e-learning, finance, m-Commerce and health/fitness. Appsquadz is currently expanding their offerings to include wearable tech development as well as app prototyping. 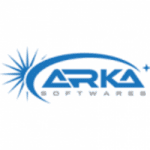 ARKA SoftwaresMake your business accessible to those who are always on MobileMobile app development company in Jaipur, IndiaFeatured mobile app: Snatch

With clients hailing from five continents, Arka Softwares is a multiplatform app developer through and through. Whether it be for mobile or web, PHP or CMS, Arka Softwares can seemingly do it all. However, their services and expertise does not end when the last line of code is written. They are also able to help with their marketing and e-commerce solutions to give you the best chance at making a significant return on your app. Arka claims that it has over 15,000 hours of industry experience and has delivered over 90 apps and over 400 independent projects in their 6 years of business. Perhaps most important, is that over half of their clients return as repeat clients. 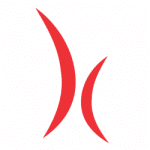 Seasia Infotech is not just your run-of-the-mill app developer. Yes, they can develop web and mobile apps, and they do those very well. However, they really come into their own when the rest of their services are considered. Seasia is one of the few developers that offers infrastructure management, engineering services and quality assurance all under one roof. Coupled with their digital marketing and design offerings, Seasia Infotech offers their clients a comprehensive service that few can match. 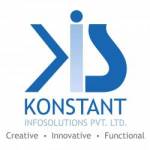 Serving a diversified clientele set, Konstant Infosolutions has brought to market apps like Seconds, Feedspire and Jetseta. Konstant is primarily a mobile app development company that has produced apps for iOS and Android, however they are quick to point out that they also develop web apps. They have also jumped on the trend that most developers are following and have added wearable tech development as well as app prototyping to their list of offerings. Konstant Infosolutions has displayed their versatility by tackling projects in various industries which includes real estate, transportation, banking and gambling. 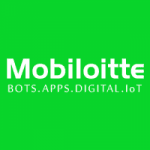 Offering a variety of services from content management to cross platform development and of course mobile app development. Mobiloitte Technologies has chosen to dedicate a part of its business to producing secure and scalable enterprise solutions which has obviously caught the attention of many corporations throughout the world. They have also chosen to differentiate themselves by delving into various forms of digital services like publishing, workplaces and digital payments and remittances. Unsurprisingly, Mobiloitte Technologies has experience with companies in the finance, education, entertainment and advertising verticals. 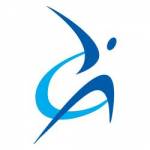 With offices in 4 countries in 3 continents, OMSoftware is a multinational app developer that has developed a host of apps which include Easy Wallet, Bulkpush and Bottled, to name a few. Besides developing apps for iOs and Android, OMSoftware also offers solutions for big data analytics, cloud computing, business processes, CRM and data mining. Offerings like these have allowed OMSoftware to penetrate verticals such as publication, SMS and telephony systems, finance, banking and retail. 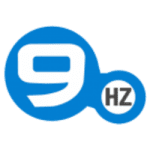 Nine Hertz offers end-to-end app development services. From idea generation and refinement to design and coding, and then finally to launch and marketing, Nine Hertz can walk a client through the entire app design and publish process or be contracted to complete a specific part of the app. The developers over at Nine Hertz can work on iOS and Android platforms with the same efficiency and efficacy that they utilize PHP, Wordpress and Magento. Nine Hertz is also somewhat of a specialist in producing clone websites as well. 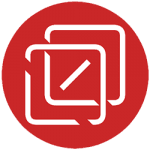 Algoworks is located near the other tech giants in Silicon Valley. Algoworks is an app development company, both for the mobile and web environments. However, to set themselves apart Algoworks has focused on improving and refining their services in certain aspects of the app development cycle. Algoworks has decided to put their energy into elevating their standards for UI/UX and testing, thereby ensuring that the client and, by extension, their customers have an app that is superbly designed and works as close to flawless as possible.

Read our blog if you have some doubts about which mobile app development company to hire with the steps you have to follow before hiring the best company for your mobile app project.