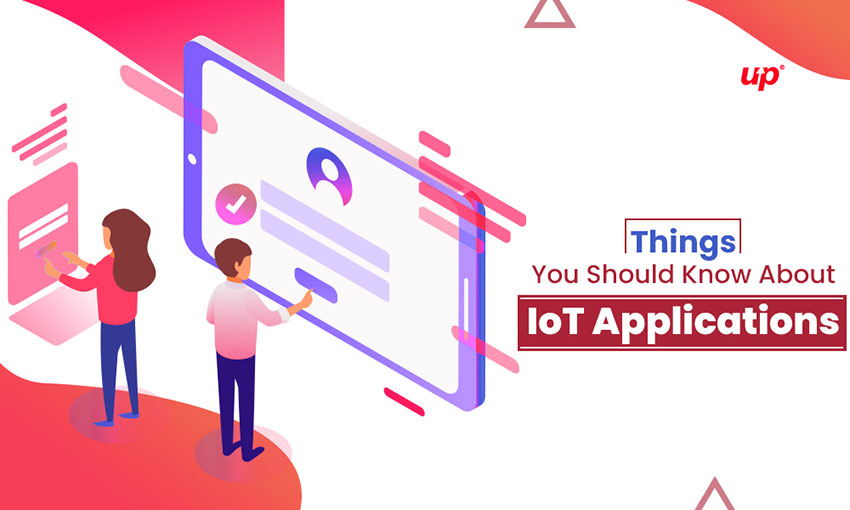 The term “Internet of Things” has become even more popular over the last five years or so, and it looks like we’ll be hearing more about it in the coming years. But, as is the case with other hot buzz phrases like this, many people thought about it and ask “What is this, and why should I care?”

That’s why we are here. In this, we will find out about the Internet of Things, What its applications are? And how different industries are applying the concept? And what the future of IoT looks like?

What is the Internet of Things?

Let’s start with the basics. Exactly what are IoT applications? There are plenty of apps there, The simplest definition of IoT is that: It is a network of devices linked with the Internet such as vehicles, and devices that can collect and share data without need of human interface.

IoT device gathers data and send it along to the data server, where the information is processed, assemble, refined, and used to make a host of task easier to perform. The business world uses the benefits of IoT, government, organizations, and the individual consumer.

Particular IoT-equipped devices include smartphones, laptops, coffee machines, refrigerators, Google Home, Apple watches, Fit bits, to name a few. Any mechanism can be plugged into the IoT provided it is equipped with sensors and an Internet connection.

What are IoT applications?

The IoT applications bring a huge change in the world of mobile application development industry which can be used in various aspects of life, in both the private and public sectors. With the help of IoT, people can track things like lost pets, their house’s security systems, or appliance maintenance schedule.

Consumers can use the IoT to help them make reservations, monitor their exercise progress and overall health, and receive coupons for a store only by virtue of walking by the business in question.

Businesses can use IoT to monitor supply chains, track customer’s spending habits as well as collect their feedback, monitor and maintain inventory levels, and engage in predictive maintenance of their machines and devices.

The IoT application development proves helpful in ITIL, which is a set of IT service management, an important detail; since IT departments are called on to do more and more in the world. Blockchain is increasingly used as a more competent and safe method of transaction and data processing, is a natural beneficiary of IoT technology. We can wait for IoT and Blockchain coming together more often in the future. 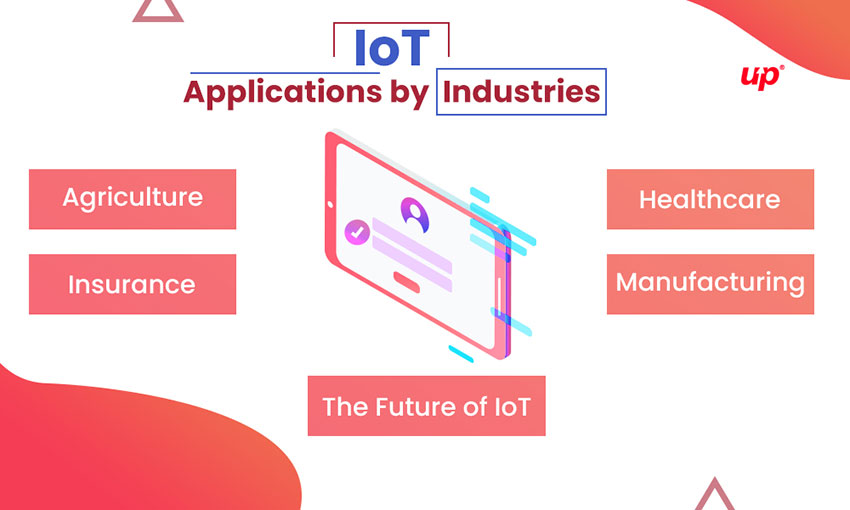 The pervasiveness of the Internet of Things is a fact of life to its adoption by a variety of Industries. The app developers make IoT’s adaptability an attractive option for so many businesses, organizations, and government branches that it doesn’t make sense to ignore it. Here’s an example of different industries, and how IoT can be best applied.

For indoor planting, IoT makes monitoring and management of micro-climate conditions a reality, which in turn increases production. For outside planting, devices using IoT technology can sense soil moisture and nutrients, in addition to weather data, better control smart irrigation and fertilizer systems. If the sprinkler systems dispense water only when needed, for example, this prevents wasting a precious resource.

First and foremost, wearable IoT devices let hospitals monitor their patient’s health at home, thereby reducing hospital stays while still providing up to the minute real-time information that could save lives. In hospitals, smart beds keep the staff informed as to the availability, thereby cutting wait time for free space. Putting IoT sensors on important equipment means fewer breakdowns and increased reliability, which can mean the difference between life and death.

Elderly care becomes significantly more comfortable with IoT. In addition to the above mentioned real-time home monitoring, sensors can also determine if a patient has fallen or is suffering a heart attack.

The insurance industry also getting benefits from the IoT revolution. Insurance companies can offer their policyholders discounts for IoT wearables such as Fitbit. By employing fitness tracking, the insurer can offer customized policies and encourage healthier habits, which in the long run benefits everyone, insurer, and customer alike.

The world of industrialized and trade automation in another big conqueror in the IoT sweepstakes, RFID and GPS technology can help a manufacture track a product from its start on the industrial unit floor to its placement in the destination store, the whole supply chain from start to finish. These sensors can collect information on travel time, product condition, and environmental conditions that the product was subjected to.

The Future of IoT

So, considering the above, A Gartner reports predicts that connected devices across all manner of technologies will hit 20.6 billion. That number could hit 1 trillion by 2025, according to HP, and that’s just a staggering figure. According to a Cisco report, the next decade will see IoT devices creating trillion worth of value across several industries like the ones mentioned above.

In other words, the Internet of Things is poised to create life-changing conditions in our lives, both in a professional and personal capacity. Many of the innovations mentioned are already in place to one extent or another. One thing’s for sure: there’s no going back. The IoT provides an unprecedented degree of control and efficiency that no industry can ignore.

There are millions of equipment in houses, factories, oil wells, hospitals, cars, and many other places. With the creation of devices, you increasingly need solutions to connect them, and collect, store, and analyze device data. IoT provides broad and deep functionality, spanning the edge to the cloud, so you can build IoT solutions for virtually any use case across a wide range of devices.

Tips to use AI for fast-paced application development