The world of app developers: analysis of a recent study 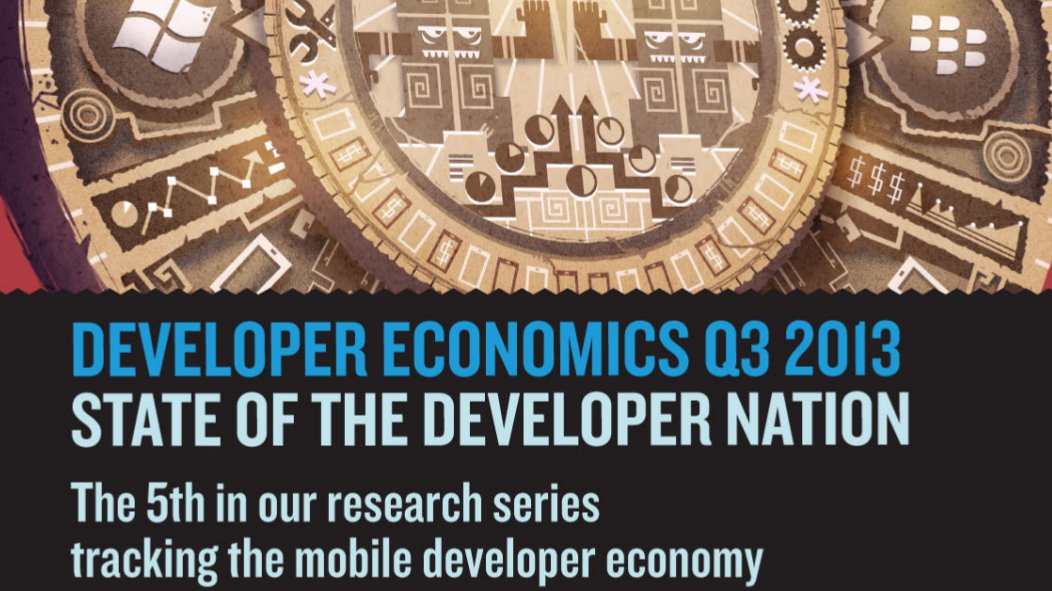 In the current world of app developers, we can talk of a duopoly: on the one hand, Android has the biggest presence on the market. On the other hand, iOS is more monetized and trustable for developers. There are certainly several secondary platforms, like HTML5, BlackBerry, Windows Phone… but none of them seems to be a main priority for mobile developers right now. So at the time, the developers’ dilemma is which platform should they have as a priority, Android or iOS? The Developer Economics Q3 2013 report confirms this trend in app development: iOS commands the most loyal developers, with 59% of them that target iOS prioritising it over any other platform, while Android continues to dominate developers’ mindshare with 71% of them that target mobile platforms developing for Android. We can then find BlackBerry 10, HTML5 Mobile and Windows Phone, but the developers' priorities are clearly Android (37%) and iOS (32%).

At the moment, the market is clearly split between iOS and Android: they reunited 94% of the sales for smartphones’ software during the fourth trimester of 2013. 71% was for Android, and 55% for iOS, although some of the developers work for both Android and iOS at the same time. It is interesting to note that Android is the most popular platform in Asia, while iOS is the most popular one in North America, which in general terms happens to be the most influential market in the world. In relation to the median revenues, the difference is overwhelming: iOS earns 750$, against the 150$ by Android. As a result, developers choose iOS for its revenues (54%, versus Android’s 38%). The point is most of the Android developers do not want to monetize their apps, so they don’t earn much money with them. After all, developers seem to focus in the quantity of users, more than in the revenues, and that is why they will probably prioritise developing for Android in the future, although iOS has bigger revenues.

About the HTML5 (the basis for Firefox OS, among others), 52% of the developers admit that they have it as an alternative platform, but it is not their priority at all, for now. Anyway, studies reveal that in the last times 60% of the developers have moved to HTML5, and it is expected that 75% of them will choose this platform in the near future. 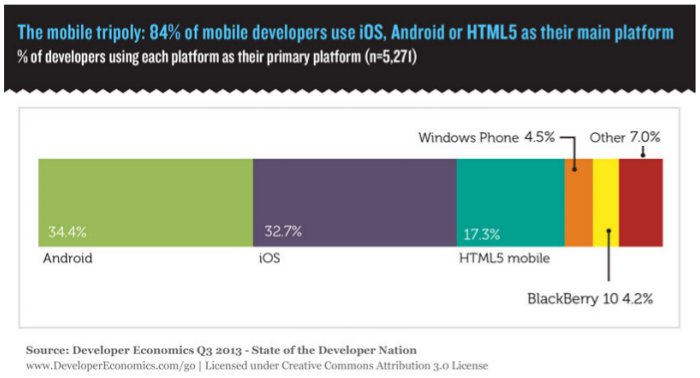 The future: platform prioritisation, emergent markets and going beyond tablets

iOS is the priority for developed countries, while the emergent markets prefer HTML5. Firefox’s targets are the emergent markets, such as Asia, South America, Middle East and Africa. In these countries, Android and HTML5 are the priorities, followed by iOS. The main problem of HTML5 is that it does not have any distribution or monetizing services yet, and it lacks a proper app store. But for the moment, predictions reveal that iOS and Android will still lead the apps world for the next three years, at least.

Developers are also becoming increasingly interested in Windows Phone, due to its slight rising among users lately, and a quarter of developers have it as their target platform in the future. Finally, the alternative platforms that appeared on the last months, such as Firefox OS, Tizen, Sailfish OS and Ubuntu will undoubtedly search their place in the market through the upcoming months, but the situation seems very complicated for them, with only Firefox OS having some possibilities.

Smartphones are the developers’ main target, and although 83% of them are interested in tablets as well, only 12% target them as their primary development screen. However, 52% of the mobile developers choose iOS tablets instead of Android or any other platform.