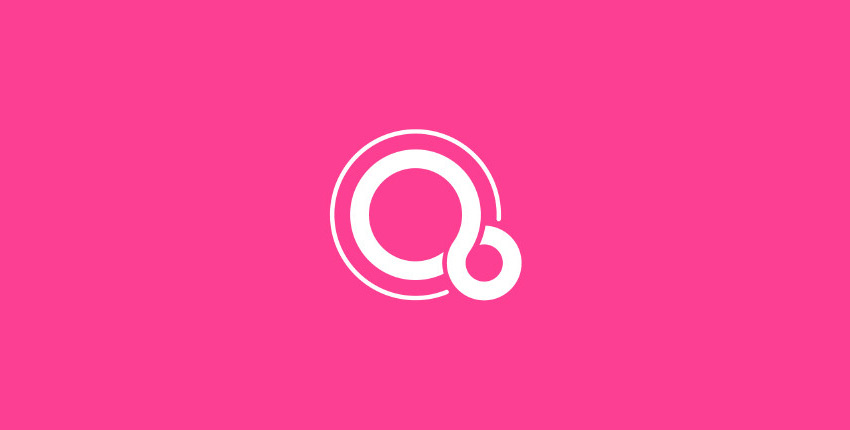 Google’s Fuchsia OS has no official confirmation on what it will be used for, but it is an operating system that seems could be used on computers, smartphones, tablets, smartwatches and embedded systems as screens on cars. Mobile app development companies worldwide should be aware of the latest news about Fuchsia because it can change the app sector.

All Google’s operating systems, Android and ChromeOS are based on Linux, but Fuchsia OS is not. Instead, Google has developed a new microkernel called Zircon kernel, formerly named Magenta.

This kernel is based on a project called Little Kernel, a tiny operating system suited for small embedded devices with the desire of keeping things small and lightweight. As the operating system will not only use small embedded devices, Zircon has improved Little Kernel’s base by adding support for first class user-mode support, something necessary for user accounts, and a capability-based security model.

Google Fuchsia OS’s core is written in mostly C and C++, as well as other languages like Go, Rust, Python, Dart --for the default UI-- and, recently, Swift, which is something mobile app development companies will like.

Swift is an alternative to Objective-C’s language. It is developed by Apple and was presented during 2014’s Apple Worldwide Developers Conference. Later that year, the company launched the full release to mobile app developers.

During the presentation, software engineering VP Craig Federighi described the new language as “fast, modern and designed for safety. It is like Objective-C, without the C”. Swift employs new programming language concepts and looks for a simpler syntax compared to other coding languages on the market for mobile app developers.

This language was first developed by the company for its operating systems: iOS, macOS, watchOS and tvOS. But some versions after announcing the new coding, Apple made Swift an open-source software. Since then, users have been able to contribute directly to the Swift source code.

Recently, Google “forked” on GitHub Apple’s open-source programming language Swift. The move created a lot of speculation to see if the company was going to create another coding language, but Google just created the Fuchsia repository to let mobile app development companies “collaborate and stage pull requests against the official Swift repository”. Later Zac Bowling, one of Google’s developers, announced that his team was adding support to Swift to target Fuchsia OS.

The adoption of Swift from Google’s Fuchsia OS means that the portability for mobile app developers with apps on the iOS platform will be easier. Using a common coding language makes building a mobile app easier and saving time, as app developers only need to code once.

But, despite Swift being an open-source code, much of Apple’s libraries are not. Those closed sources, for example mobile apps’ UI, will not be portable to Google’s new OS. With this limited portability, mobile app development companies will have to design an specific UI for each platform, an idea that will improve user’s experience with the application. Of course, there are some other tools like using Google’s Flutter or Facebook’s React Native, which allow mobile app developers to target multiple platforms with just one language. In the case of Google, it is Dart, and JavaScript for Facebook.

ANDROID’S FUTURE NEXT TO FUCHSIA OS

Android’s team started developing Fuchsia operating system years before it was launched. The problem that the team had by that time was that they were creating something without knowing the future it would have.

Today, 85% of mobile devices run Android, compared to the 14.7% that run iOS. So, the most used mobile operating system was developed years before the smartphone era started. The problem for mobile app development companies is that Android and iOS softwares use a different coding language, meaning app developers have to work twice.

Back in 2016, the goal to use the same language on mobile app development was a reality. At that time, Google was considering making the change to Swift instead of using Java. But the company decided to use Kotlin, another coding language, with similar code rules to Apple’s language. That decision was determined because using Kotlin instead of Swift meant less work for Android app development companies.

But with Fuchsia OS everything is new, so Google decided to use Swift instead of going through another language. For mobile app developers, this coding language compatibility is a key move from the company, because it will allow them to use the same code on iOS and Fuchsia OS.

The benefit Google offers with this new feature is on the mobile app market. Despite Android having more apps on its application store, iOS has more revenue. The difference comes from the different objectives each company has on its platform. If Fuchsia OS becomes a reality, Android app developers will have the same possibilities as iOS app developers, and this could mean a new experience on global app marketplaces.

Android app development companies should be familiar with Google’s software Flutter, an SDK to build mobile apps for either iOS and Android. But Google’s new OS will also benefit from Flutter’s coding language, Dart, for designing its apps’ UI. For mobile app developers, being able to use just Swift and Dart as languages to develop an app, which can be published in various mobile app markets, can be a game changer.

For the user, Fuchsia will provide a totally new UI. Customers are used to a UI with square icons for each app they have on their smartphone but that will not be the case on Fuchsia OS’ UI called Armadillo, at least as seen on the first build.

Back in May, Armadillo’s build appeared online showing how Fuchsia OS’ user interface will be. The home screen is nothing compared to what users know today, it is a giant vertical-scrolling list featuring different cards.

In the center of the screen, there will be a profile picture, a city name, the battery icon and a date. Above this information there are “Story” cards, more of a recent apps list, while below the profile picture, Armadillo --Fuchsia OS’ UI-- has a list of suggestions, sort of a Google Now suggestions list.

Fuchsia OS’ UI, Armadillo, also comes in handy when multitasking. Mobile app developers can take advantage of having more than one app open at the same time. The user can even have a split screen with many different apps, each of them with a different space proportion.

If Google’s Fuchsia OS launches, mobile app developers will be the most beneficiated among everyone else. With this new OS, mobile app development companies will be able to use just a couple of coding languages, Dart and Swift, to develop the same mobile application and launch it in different mobile app markets.

One of these mobile app markets, the App Store, has already proven that its revenue is astonishing. Google is currently working on Fuchsia OS, but depending on the main objective of the company, it could become a success giving app developers a new mobile app marketplace to publish their application.

Will Fuchsia OS mobile app developers allow to expand Google’s Material Design guidelines to the new mobile apps they develop? Or should we expect new guidelines adapting to Armadillo’s UI instead of Android’s one?

Android’s future as well as Chrome OS is unclear. Will Android be replaced by Fuchsia OS? Will it become an alternative to? Or could it even become a fusion with the new software developed by Google?

As Fuchsia OS does not have any specific function, can it become an operating system more focused on computers, or even Augmented Reality? On the article, we have seen that this new operating system will be adapted for embedded screens, can that feature be Google’s attempt to dominate IoT market, against Samsung’s Tizen OS?

These are some of the questions that come to our minds after reading all the information about Fuchsia OS. If you want to learn more about Fuchsia, answer these questions and be part of the discussion, we have launched a new thread about Fuchsia OS’s future and the impact it will have on mobile app development companies work.

On our forum thread some of the mobile app development companies listed on AppFutura have shared their thoughts about the future of Google’s Fuchsia OS.

The Canadian mobile app development company Synergo Group said that thanks to the light weight of the operating system, as light as 24KB, will make saving power on users’ gadgets, because it runs on a lower power. With the introduction of Artificial Intelligence (AI), the most benefitted would be hospitals and institutions because they would be able to do tasks without the need of human interference.

On the other hand, AppInventiv explains the benefits it can have using just one language to write the “core logic” of the mobile app and then build a personalized UI for each platform using the different tools available for mobile app development firms.

Finally, PowerCode points out the problems that Fuchsia OS will have to compete on the mobile market because it is a new operating system. Taking into account that they would be competing against their own OS, Android. Probably, the main interest for Fuchsia OS, as PowerCode says, is on terminals and Automated Teller Machines.