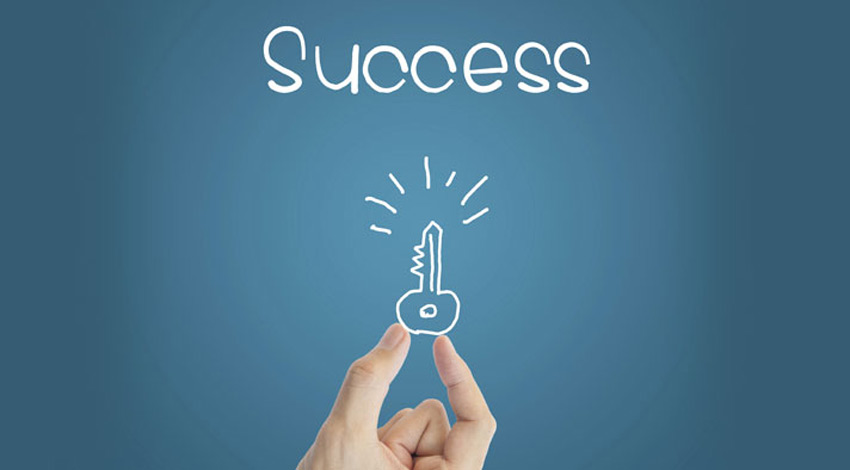 With the hard rules of Apple, getting an app published on the App Store is not a piece of cake. There are over 2 million apps on iTunes, seeking to grab your attention. As a consequence, your app really needs to offer something phenomenal to get on. On top of this bar, Apple has a strict guideline which needs to be met to avoid app rejection.

Even before the iOS app development commences, the business goals of the apps – like the purpose of the app or nature of the app – native or hybrid or web, user friendliness, etc, should be very clearly defined. The most elemental and important point to keep in mind for iOS app development is to never alter the traditional iOS user interface. Even a single deviation from their standard user interface can result in rejection of your app.

Apple is beyond comparison in terms of testing of the iOS apps and turns down any mobile app that has crashes or bugs. If your iOS app is charted to make the users pay for it, then it will be judged under a microscope. Hence make sure that all the glitches are cut and dried before the app is submitted for review. Ensure a complete end to end testing (cycle) is carried out, touching each and every functionality of your app.

FACET OF THE APP

Be it Amazon, Flipkart, Facebook or LinkedIn, all have introduced the mobile apps for their web apps. Hence, if you are creating a mobile app version for a web app, make it native. Use the native interface of iOS app development and do not create an app which is just a web app in a hybrid or native package. Make the app more user friendly in contrast to the knotty web apps.

Submit the app only after all the content including texts and images are finalized and incorporated into the app. Do not submit the app for review if the content, images, logos, etc are not jelled. iOS apps with placeholder content are prone to rejection.

Apps designed for enterprise, utility or digital payments should be easy to use. The functionalities of the iOS app should be developed as simple as possible with least intricacies. Users never like to go through a series of fifty screens to complete their tasks. Ascertain that the navigation and flow of the functionalities are made simple and handy.

No one wants to wait for ages for the app to load the information. Today the expectation from mobile apps is to load the content or information in a fraction of seconds. Hence it is very important for iOS app development companies to test and verify the performance of the app. During the mobile app development, the app should be optimized well to run smooth. It doesn’t matter how appealing the app is if the customer can’t get over the loading icon.

COHERENCE WITH THE PLETHORA OF VERSION

Even before starting the iOS app development, do a research on the versions still available in the market and nail down the versions that will be supported by your app. It is expected that the app runs smooth and doesn’t fumble when running on an operating system. You can also look out for supported versions of other similar apps (as to your app). The sail from installing the app to loading the app should be glitch free.

Apple is very particular about its user friendliness interfaces. Be sure your UI design meets the Apple’s set design guidebook. This is mostly encountered by iOS app development companies while developing an app for both Android and iOS. For example, the calendar shown in iOS is way different from that shown in Android. iOS app developers try to keep a consistency and may end up changing the standard UI of iOS. Hence avoid changing the UI of the iOS apps and keep it consistent with Apple standards. 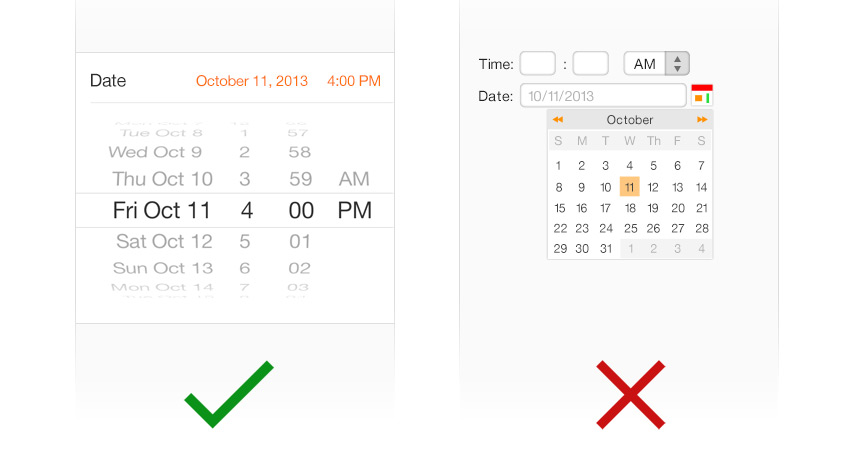 The description of the app and the screenshots should be precise and in accordance with the app. The description and screenshots should convey explicitly the intended functionality of the app. This helps the customers and users to understand the app and give a pleasant App Store experience. Make sure that if there are changes made to the app during the iOS app development cycle, the screenshots (to be submitted) are updated. This is a common mistake that may lead to rejection. Do not describe your app for what it is not.

Not just Apple, every company gives high regards to privacy of a user’s personal information. Practically all mobile apps ask for permission before accessing your personal data or information. Like shopping apps ask for your address or phone number and it is disregarded if an app accesses your personal information without permission. Hence where ever applicable to your app, make sure to add proper permission functionality. Apple has even rejected apps that accessed the UDIDs.

UNIQUENESS OF THE APP

Apple has more than 2 million apps published in the App Store and if your app seems like a mime to existing apps it will be rejected. Hence, even before taking the trouble of iOS app development, make sure that your app is offering something entertaining and unique, more importantly, is not meant for a small bay market. Imagine that if there are already (let’s say) 50 shopping apps, why should a customer download yours if it’s nothing different from those 50? Hence study the existing iOS apps and their designs to make your app more user friendly and entertaining before nailing your app design and iOS app development.

FITTING KEYWORDS AND THE APP NAME

The name of the app and the keywords should be very precise and not vague. Do not use names of existing apps in your app’s title or keywords. The keywords and the name should be matching to perfection to your app’s intended use.

ADVERTISEMENTS IN YOUR APP

When an iOS app gets submitted to Apple for review, it is asked if your app is using IDFA – advertisement identifier. Name this only if your app is actually showing advertisements. Not just this feature but also how the ads are shown is verified. Hence make sure that proper testing of the feature is done by the iOS app development company before submitting the app.

Apple provides both public and private APIs for iOS app development. Use only the public APIs and do not use any private APIs. The private APIs are meant for Apple use only to prevent malicious use of user data.

Never use religious or gross content that can offend an individual’s sentiments or feelings. Apps which have such content or even a slight marker of this will immediately be rejected. Use a neutral voice and avoid adding any kind of personal content.

Use tools or do a manual test for the battery drain and usage. Your app shouldn’t be using the battery to an extent that will overheat the phone and hence if needed do the appropriate optimizations like make service calls only after a period of time and not continuously.

In touch with this, test the internet usage of the app and provide proper information (while submitting the app) if your app cannot work without internet. For example, the battery of a phone gets drained if an app is continuously using internet especially when the connection is feeble. Hence appropriate optimizations need to be done and tested for the app. The app will not be approved if it is found to be damaging the iPhone or iPad.

Every mobile app development company is trying to set their mark in the mobile industry. Before starting with the iOS app design and development study thoroughly the review guidelines of Apple and do a good amount of research about other iOS apps and find out what’s new that you can offer. Even while working on multiple platforms, treat the iOS app development individually and develop the iOS app in accordance with Apple’s standard. Try to make native apps because it makes the maximum use of the platform’s features and operating system.