The Emergence of Instant Apps in the App Development Industry 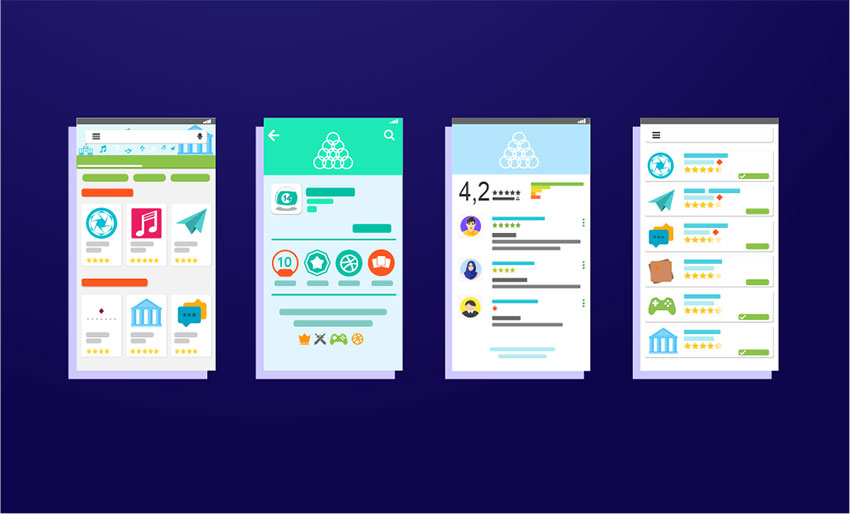 Instant apps have taken over the world of Mobile App Development in the past few years!

Over the years, Instant apps have become popular among businesses and app developers leading to increased demand of instant apps.

So what are Instant Apps?

Instant apps are those Android applications that need not be downloaded from the play store and neither need to be installed on a user device. Rather an instance of the app is available on the play store which a user can use by a single click. This gives the user a native user experience without even installing it. Google allows apps to have an instant app feature where users’ can click on ‘Try Now’ button. 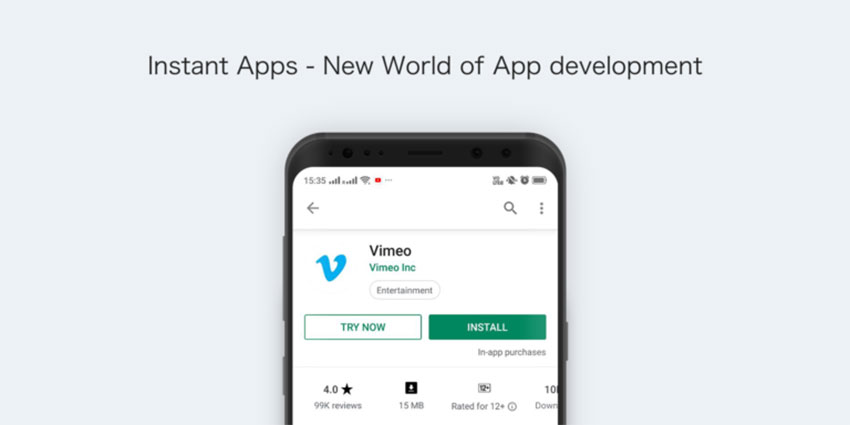 Even though Instant apps have been launched for a few years and big app development companies have taken a first-mover advantage, there are still many developers and industry leaders who are not fully aware of its advantages.

Let’s have a look at some of its advantages below:

The prime focus of instant app development lies in attracting users to install the app without installing it thus, opening a greater room for creativity. Creativity not only while developing but even in marketing strategies. 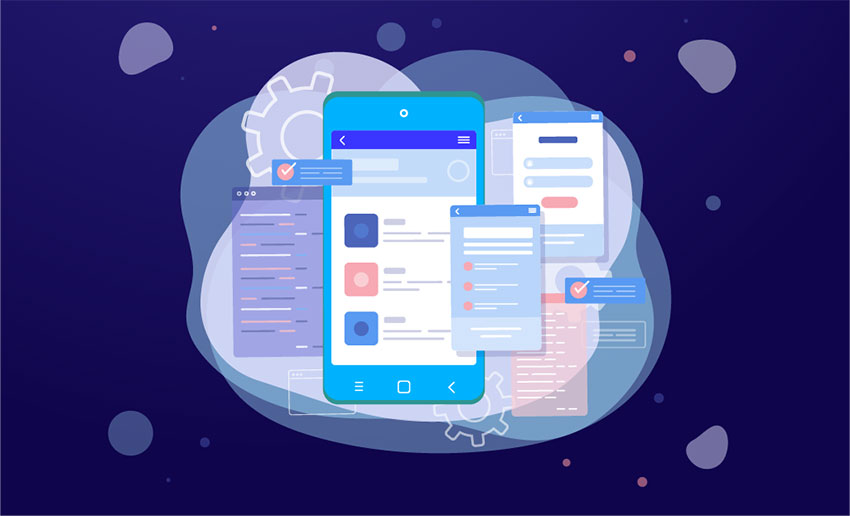 While making creative ideas work, it is important to highlight the app’s functioning in a more unique way. Highlighting the app’s best functionality at the start could prove to be a game-changer in such a scenario, thereby, increasing app downloads.

Though there are around 4 million mobile apps, still large groups of people use browsers to use an app. If we take into account mobile app vs. mobile web data, around 87 percent of users spend their time on apps and rest 13 percent dedicate it to web. 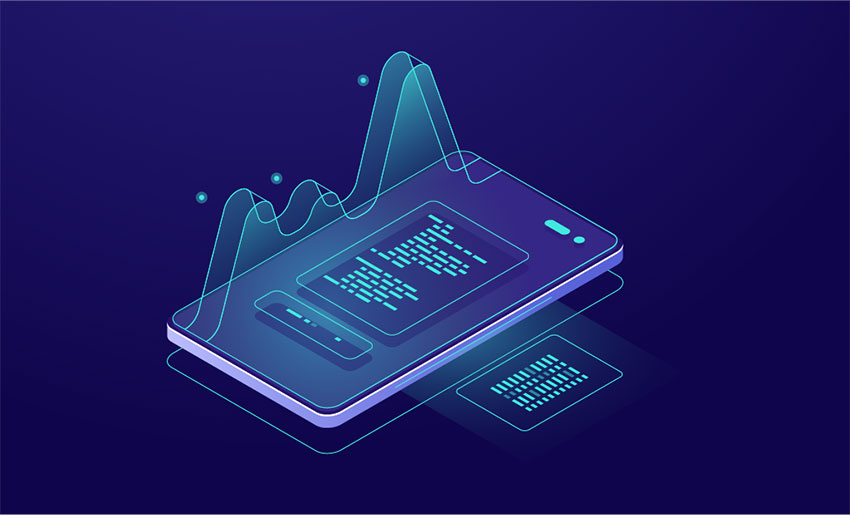 Thus Instant apps can greatly help in bridging the gap between mobile web and mobile apps. Making a hybrid application or investing in hybrid app development and PWAs can be a great addition to marketing strategy aimed at increased reach.

Developing an instant app removes the hassle of the complicated installation process. Hence with no sign-in process, the user would surely use app features made available in the Instant app version. 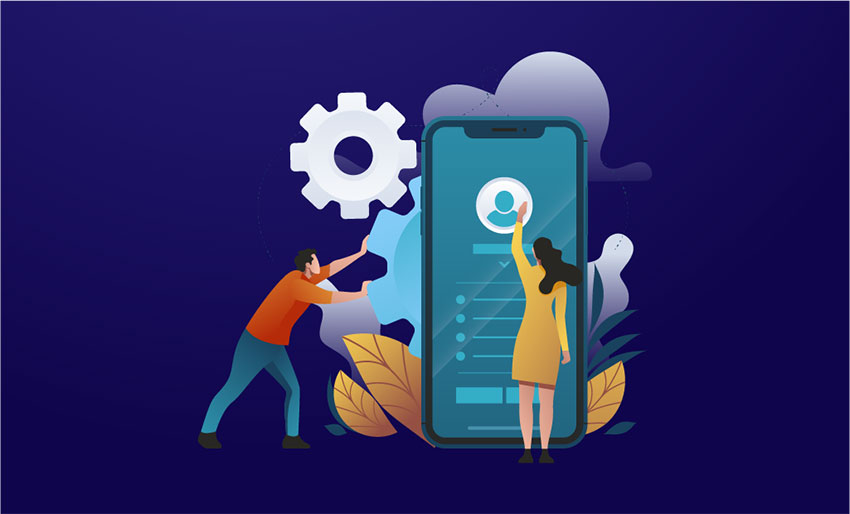 As Instant apps do not contain all the features of an app, users focus only on the exceptional user experience in an app’s instant version. Furthermore, as the focus is on reducing the size of the app, it will not only function smoothly but give the user a better user experience as well.

4. Runs on Most OS versions

While making an Android-based application, the major issue is to test app for various devices and operating system versions. This increases the cost and time of development. 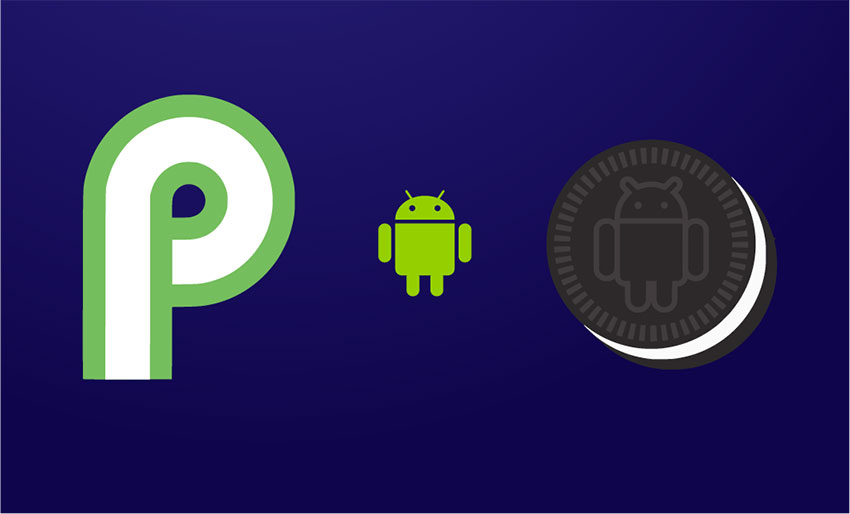 But with Instant Apps, this problem could be great countered as it has the ability to run on older versions of OS with ease provided Google play services are installed on the device. Thus adding an instant app will not cost huge to an app developer but while doing this focus on having a reliable mobile app developer.

As the whole purpose of coming up with Instant apps is to acquire more users, Instant apps have full capability to achieve this goal. Thus launching web versions of instant apps could drive users to the app store which could then be further improvised with instant apps. 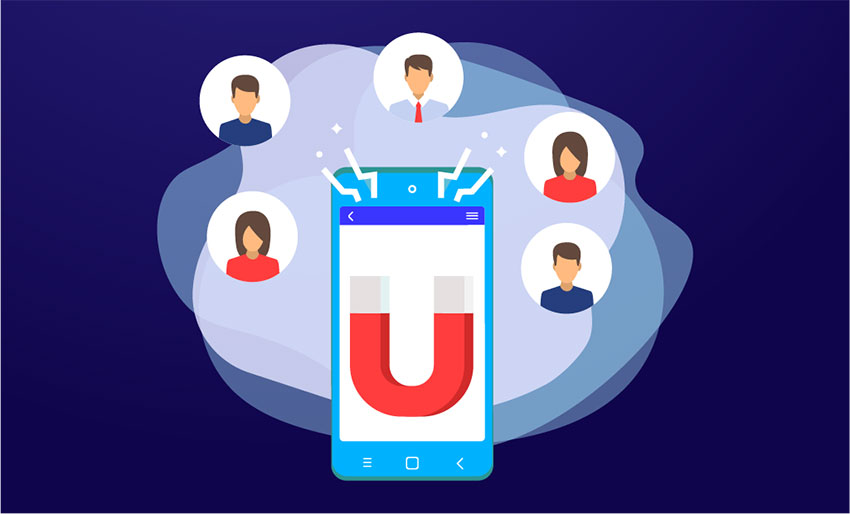 Once a user is there to use app features without downloading it, it allows him to have a look and feel of the app features already before making a mind. In such a scenario, user retention is improved as the same user will keep your app for months or maybe years to come.

But, what factors are crucial while making an Instant app or how can one make a better Instant application?

Let’s discuss it below.

Key Tips to Consider While Developing an Instant Application

There are a lot of things to be kept in mind before you proceed with developing an Instant Application. Have a look at them below.

In order to develop an Instant Android application, the first thing to be considered is that it requires Android 5.0 (API level 21). If you are a developer, then you can take the help of the latest Android Studio version for building such instant apps and games.

This Android App Development service would enable companies and developers to have a strong market presence and drive higher installs of their application and hence building a strong brand presence.

2. Decide the Type of Instant Experience

There is a reason why users prefer to download a small-sized application. Hence it is preferable to keep the sizes in check prior to launching the Instant version of your application.

Preferable size should be 10 MB for Games and Apps.

For Enhanced Experience: The enhanced instant experience allows one to market the app on various platforms in the form of messages, advertisements, QR codes, etc.

Size reduction is a major point that needs to be properly understood. In case your requirement is to get instant experience, make sure the app size is within 10 MB range which is the maximum range for size.

Let’s Wrap This Up, Shall We?

Instant apps have been a revolution in the app development industry in many ways. The best part about it is that a specific link can open a part of the app thus minimizing the development time and cost. On one hand, it will help a user to understand app features and use its functionalities for free, while on the other hand, it provides app developers with more chances of conversion.

Looking to develop an instant app?

Get in touch with one of the most reliable Mobile App Development Companies in the world.