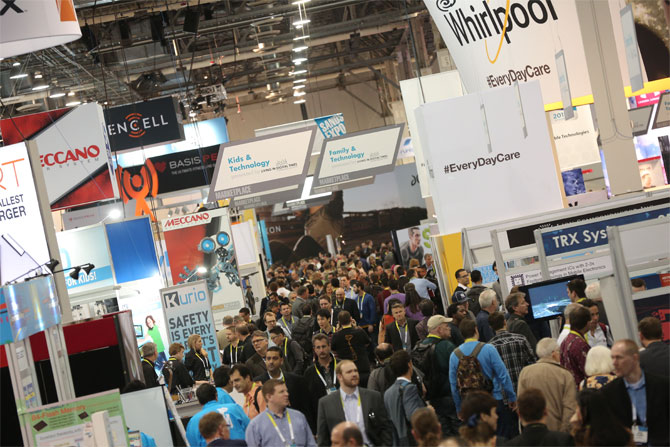 CES (Consumer Electronics Show) took place in Las Vegas from 6 to 9 January. This year, the show broke all records and closed as the largest CES in history. It hosted more than 5,000 press and industry analysts and more than 3,600 exhibitors. There were a lot of start-ups, which maybe brought some of the most interesting products to the show. However, in general, there were not a lot of surprises. Yes, lots of new products were presented here, but most of them were still clumsy prototypes, they offer little interest or bring nothing really new to the market.

There were still good devices: the most remarkable innovations included automotive electronics, self-driving cars, curved smartphones, wearables, ultrathin TV’s, virtual reality headsets, vacuum cleaners, fridges, the totally wireless Bragi Dash earbuds and lots of drones, like the Bionic Bird, which looks (and flies) as a bird. Sony and Vuzix presented their alternatives to Google Glass, with smartglasses that let you scan QR codes, get directions and take pictures as you go. Even music legend Neil Young presented an MP3 player that promises high quality sound. And the attendees also discovered what will come after smartphones: Internet of Things (IoT) and Advanced Driver Assistance Systems (ADAS). 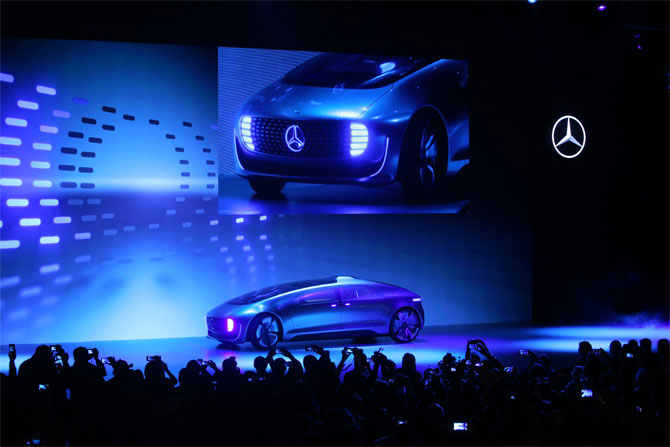 The future of cars is here: KITT has arrived. Some of the most innovative products of CES came in the automotive field. Brands are increasingly working to build cars to keep us safer, and thanks to NVIDIA technology, smart cars like the famous Knight Rider KITT are beginning to be a reality. One of these cars is the amazing Mercedes-Benz F 015: this futuristic car is totally automatic and self-driven. NVIDIA has created Drive PX and CX, a system that for example allows you to let the vehicle on a parking lot, it will park itself and come back to pick you up when you call it. Yes, just as Hasselhoff. Drive PX and CX will be available from the second semester of 2015, and they will probably start to be used in the new generation cars.

In the mobile sector, ASUS wants to enter the market with the ZenFone 2, a smartphone with Intel Atom processor, up to 4GB of RAM, IPS Full HD screen and a 13 megapixels camera. The ZenFone Zoom offers almost the same, but with a 3x optical zoom lens. 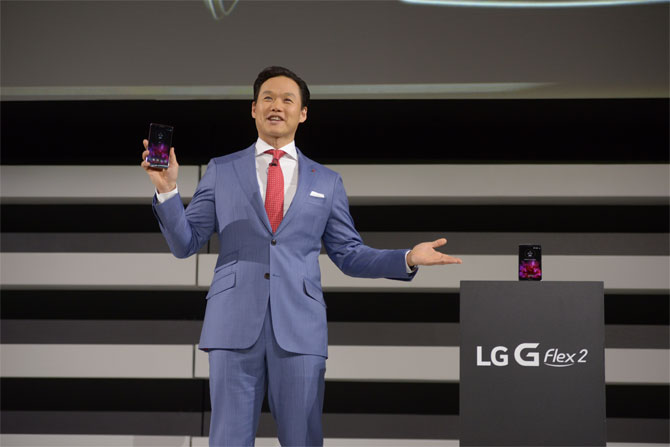 Although smartphones and tablets are slowly being replaced by IoT, wearables, smart houses, smart cars, etc., LG’s new curved smartphone was one of the most noticeable devices at CES. The G Flex 2 is the first great curved smartphone, and where its predecessor, the G Flex, was big and uncomfortable, this one is very comfortable to use. G Flex 2’s screen is smaller (5.5 inches), the curve is subtler, and it is more shock-resistant and durable than the original one. It works with Qualcomm Snapdragon 810, it has 2 GB of RAM LPDDR4, and Full HD P-OLED, with a 13 megapixels camera.

This was not the only device with a curved screen at CES: curved screens seem to be the new trend, so brand marks like Dell and HP also presented their curved products. Dell introduced the Dell Ultrasharp U3415W, a curved 34 inches screen, with 2560x1440 resolution and 21:9 aspect ratio. HP introduced the HP Z27q, an outstanding 5K resolution curved screen, which makes it a very interesting option for photography professionals or lovers.

Wearables were not as relevant as expected at CES 2015, but Withings Activité Pop was one of the most attractive products. The Withings is a beautiful small watch, comfortable to wear, easy to use and visually appealing. This is the main problem with other smartwatches: they try to be smartphones in a smaller body, but this is not Withings’ case, and that’s what makes it different. 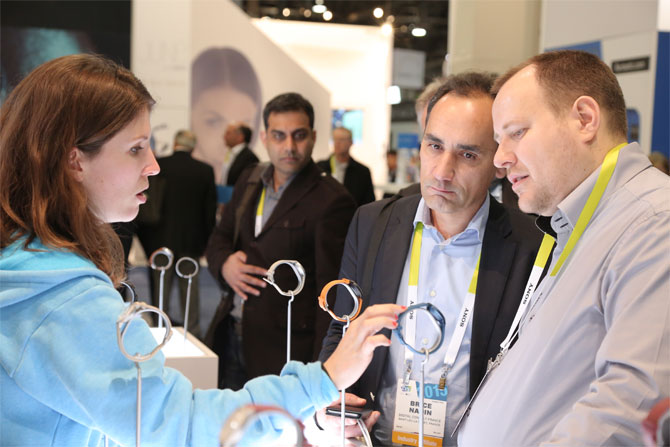 In the smartwatches section, another of the surprises was LG and Audi’s webOS smartwatch. It doesn’t work with Android Wear as everyone expected, but with webOS, an open platform that LG is using lately.

Also GPS company Garmin introduced its smartwatch series: the Garmin Fenix 3 offers a great visibility even with direct sunlight, and it warns you when you spend too much time inactive. Thanks to its Bluetooth, you can synchronize it with your smartphone and receive all the notifications right on your smartwatch. The Garmin Epix, a true GPS on your wrist, allows you to download lots of maps and see them on your watch. Finally, the Garmin Vivoactive may look more like the LG G Watch or the Sony Smartwatch, but it also has an incorporated GPS like the rest of the Garmin series. All of them have great visibility on exteriors, and they will cost between 250 and 600$ depending on the model.

On the TV market, plasma is dying, so companies are looking for solutions. LED doesn’t offer the expected results, so OLED seems to be the answer, but it’s very expensive. On the one hand, Samsung proposed some TV’S using the Tizen OS and SUHD, a technology that improves the depth of colour, shine and contrast. This system uses Quantum Dots, a technology that should reach OLED panels’ levels of quality in conventional LED screens. On the other hand, LG still believes in the OLED technology and in the webOS operative system for its TV’s. Sony presented its ultrathin curved TV’s (just 5mm), with Android TV.

These were some of CES 2015 surprises. Next stop: Barcelona’s Mobile World Congress at the beginning of March (and we will be there!). 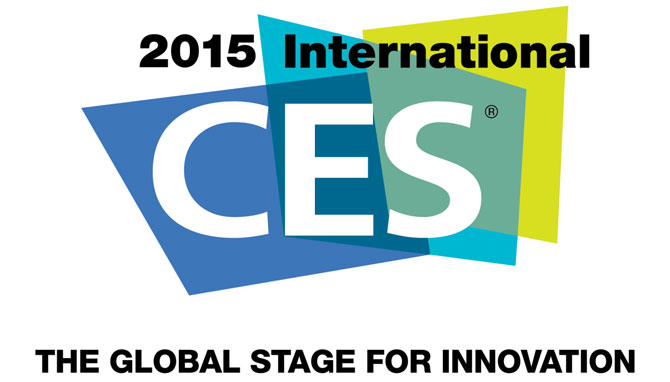