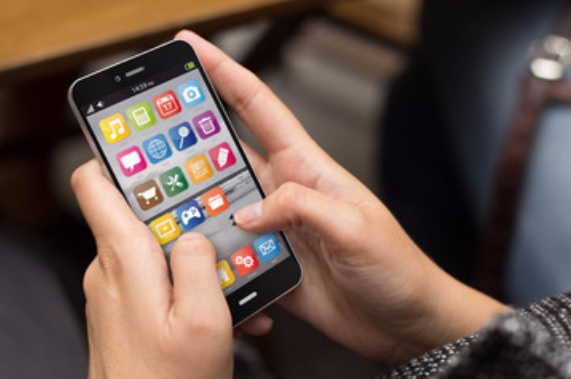 “In 2020 there will be a widespread belief that the World Wide Web is less important and useful than in the past and apps are the dominant factor in people’s lives”, so says the Internet, Science and Tech division of the Pew Research Centre. Given the monumental growth in mobile app technologies and the rapid rise in the usage of apps, the mobile app development company Mallow Technologies couldn’t agree more to the above statement.

With such inclination towards mobile apps, it is an untold pressure on app developers to deliver ‘Best in the market’ apps for their users. So, being developers Mallow Technologies themselves, they would like to quote 10 things that should be considered while developing a mobile app. There are other things that are important as well, but these 10 points are a must. Let’s get into the points.

When you are planning to develop a mobile app, the platform plays a vital role. Before choosing platforms, decide on factors like the country in which you are going to release the app, the target audience, etc. If you are choosing a country like USA, you should be focusing mainly on iOS and Android platform which are predominantly used in the country and can give less importance to Windows. The basic idea is that the app should reach a wide number of users.

Native apps are smartphone applications developed particularly for a mobile operating system (Objective-C or Swift for iOS vs. Java for Android). They are built based on the guidelines of the particular OS. Hybrid apps are becoming more popular these days, they are web apps in the native browser, they are developed using HTML, Javascript, CSS and wrapped in a native app. Both have Pos and Cons. Going with a native application can be costly and time consuming but at the same time it will give a faster User Experience.

Likewise, going with a hybrid app will cut costs and time considerably but mobile app developers will have to play around with its Cons. So, before choosing native or hybrid, look into your preferences and priorities and then choose the one that will suit your needs.

This is again a wise choice to be made. Most of the apps today are API driven. At the same time, not all the apps you develop require a custom backend and also connect to the mobiles using APIs. Sometimes you can handle everything with a local database and such apps do not require backend support. As a developer, one must analyse the need for a backend, consider the constraints like cost that will be incurred to setup a backend and take a decision.

Analytics in the mobile app world is not used as much as it should be. Analytics help to understand why there is a poor adoption ratio for the app. You should keep in mind to implement mobile analytics relevant to your business goals, to understand and improve the performance of the apps. The data from mobile analytics can be used to improve user engagement, retain users and pinpoint specific functionalities to strengthen the overall user experience. You should be clear on what data you want to track, plan it well ahead in the development phase itself, so that analytics come in handy when you want to take decisions.

Always remember to focus on your audience while creating an app. Factors like the locality in which the app is going to be released, the age group of the people or the profession of the users should be taken into consideration for designing the app. For example, an app developed for kids should have more pictorial illustrations and less words. This will get them involved in the app. Your app might have technically sound features, but the success of it purely depends on how it satisfies the user.

There can be different representations for the same idea. The client comes to the developer with a mental image, but the developer might get another representation of the same idea. It is always best to start with wireframes, as they define the features and functionality. It is also a method of checking whether the client and developer are on the same page with regards to understanding. Moreover, it is easy to change the features and finalise in the wireframe itself, rather than designing the app fully and changing it from the scratch. Wireframes ensure that there will not be any unwanted issues (related to features and functionalities) popping up in the future.

If you fail in this, your entire app is a failure. The UI/UX design is so significant that it is one of the deciding factors in the success. It is of paramount importance to understand the difference between UI and UX. UI is the interface design and UX refers to User Experience. A good UI with a poor UX doesn’t work. One could say that this part of app development is one of the crucial stages, why because, 99% of times people don’t come back to apps that is not appealing and user friendly.

The method of mobile app development you need to follow, depends on the quality of information you have when you kick start the project. If you only have an overall idea about what you want and you feel that there will be a need for iterations, you can follow the agile method of development which involves a number of iterations before arriving at the end product.

However, if your requirements are drilled-down and clear, you can go with the waterfall method of step by step development.

It is always good to give something better and additional to the users, than what is already available at their disposal. There are so many hundreds of apps available in the market, from which you can choose the top 5 similar to your app and analyse them fully. Once you get to know what your competitor gives, you can plan on what best you can give to the users. That extra mile you cross will make you win the race.

Most importantly, stick to the guidelines given by the respective platform. Use the respective components available under each platform to give the best user experience.

Trying to follow the same approach for Android and iOS apps will never work. Having used a number of apps, the users will anticipate the placement of buttons unconsciously. When the placements are not done according to the guidelines, it gives a bad user experience and hence result less audience for the app.

When all the 10 points are done right and extensive care is put in the development process, you can be sure of getting a wonderful end product. It is easy to build an app, but it takes substantial effort to build one that the users appreciate. Mallow Technologies's team of developers makes sure to concentrate on all the 10 points to give clients and users what they expect.

We at, Mallow Technologies, take pride in delivering quality mobile and web applications. We do not just make apps, we make dreams come true. Are you ready to make your dream come true? Then get your ideas transformed to an app with us.