Wearables are an emergent technology, and smartwatches can soon be a big revolution too, but only if they offer real advantages and unique features; smartwatches should never be smaller smartphones. What developers need to understand is they don’t have to put the apps of our phones in our watches, but create specific and truly useful ones. There will still be things we won’t want to do with our watches, like typing messages. Aren’t some smartphone screens small enough? If we continue this trend, new generations will suffer from severe vision, headache and neck problems.

We can already find some smartwatches on the market, as the Pebble Steel, the Sony Smartwatch 2 or the Samsung Galaxy Gear 2. After its Galaxy Gear, Samsung has launched Gear 2, Gear 2 Neo and Gear Fit, while Pebble is still a big success with its elegant Pebble Steel (with more than 400.000 devices sold).

Apple is now working on its iWatch, which according to Reuters could be launched on October. However, recent news affirm that due to manufacturing problems it could be delayed for another trimester. For the moment, we don’t have any information about its design (it could have a curved screen, wireless loading and a heart rate sensor in order to synchronize it with HealthKit), and all we know is that Apple has hired TAG Heuer’s sales chief to help on iWatch launching. What seems clear is that Apple wants to focus on creating an ecosystem with HealthKit. 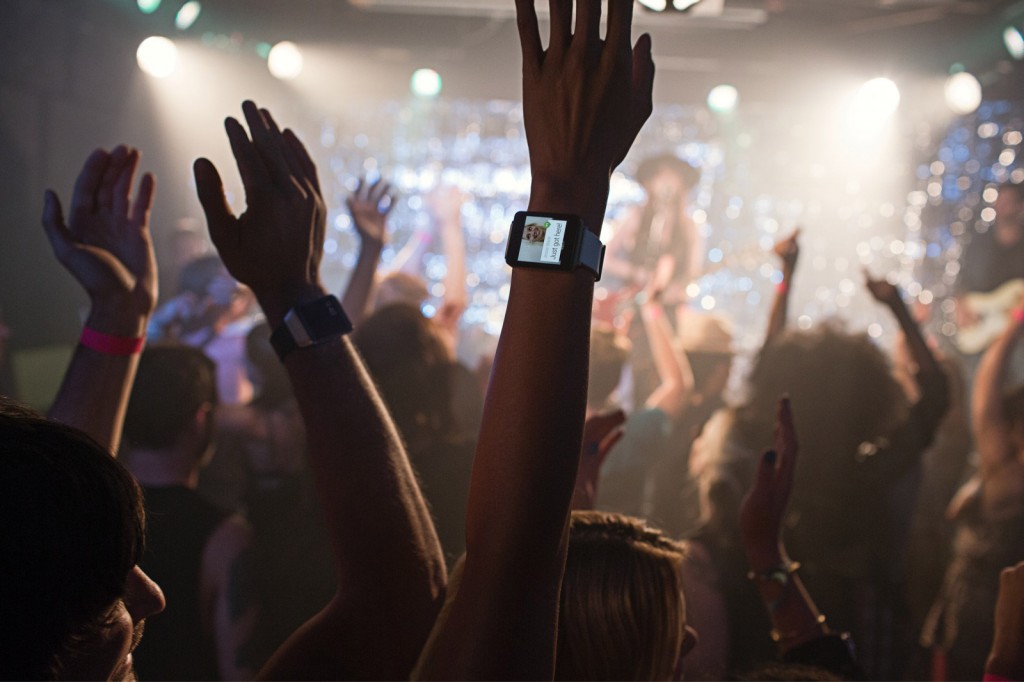 Google’s Android Wear (the Android version specifically designed for wearables) is now in a developing status for developers. It is integrated with the Google services, especially Google Now, which will become more intelligent, collecting your Google data to provide you information that may be of your interest right on your wrist: weather updates, news, boarding cards… Android Wear organizes your information, suggests what you’re going to need and shows it to you before you ask. Just say “OK Google” to ask questions, take a note, set a reminder or send a text. Android Wear is compatible with any smartphone running Android 4.3 or above.

Android Wear’s aim is to make its wearables intelligent enough to know your situation, state and tastes and provide you what you want when you want, without requiring a lot of attention from you. Basically, all what you will need to do is look at your wrist. Apart from the touchscreen, Google backs voice control, so you just have to talk to your smartwatch and it will follow the commands. The question is how will users react. Will they really feel comfortable talking to their watches? 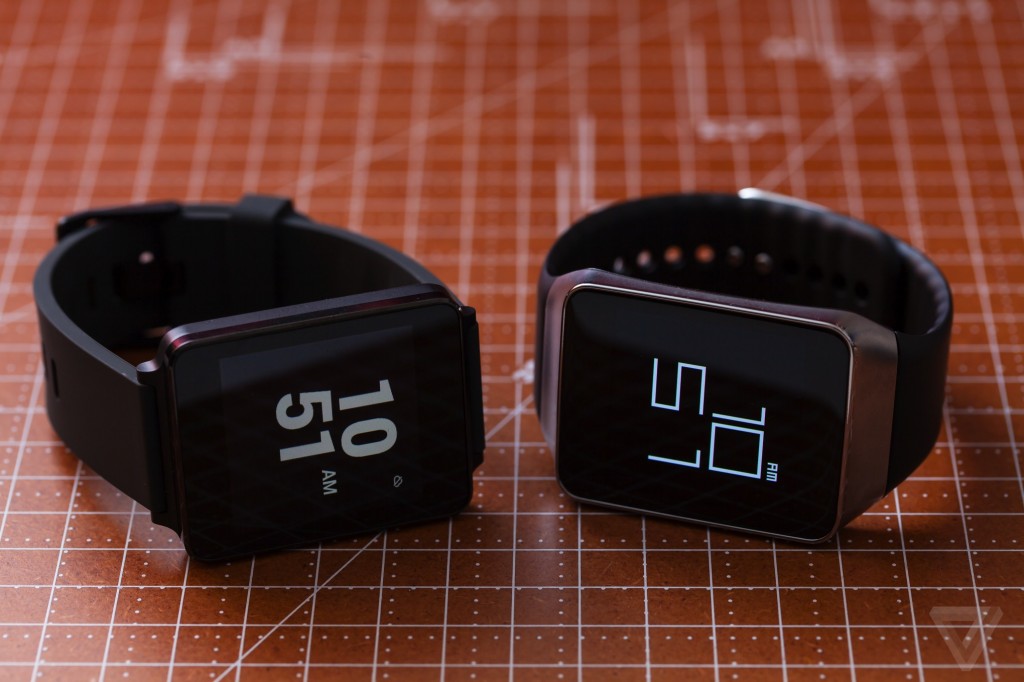 Android Wear has already launched two smartwatches: the Samsung Gear Live and the LG G Watch, both rectangular, with very similar features and costing around $200.

The G Watch is slightly more wearable than the Gear Live: Samsung’s watch has a rigid strap, and the G Watch is more flexible, comfortable and modern. Samsung’s screen is slightly sharper (320 x 320 pixels instead of 280 x 280), so all the touch targets are a little smaller and harder to tap. But both smartphones share the same problem: it’s almost impossible to use them in bright sunlight. Both batteries last a full day in constant use, although they can last up to two days if you don’t use them very much.

The most awaited smartwatch is Motorola’s Moto 360: it will be the first Android Wear device with a round screen and a really elegant style. Motorola has decided to build a beautiful watch, first of all, not a “smartwatch”, a minicomputer or a smartphone for your wrist: this can make the difference. It’s expected to be launched by the end of this summer, probably August or September. The price remains still unknown, but due to its exclusive design, characteristics and materials (including sapphire screen, wireless loading and ambient light sensor) it could cost around $350-$400. One of the characteristics that will make the Moto 360 different and supposedly better than its rivals is its ambient light sensor (alongside its OLED screen), which will save battery and regulate the screen’s brightness. It will be available with plastic or steel strap.

Though LG, Samsung and Motorola have been the first ones to use Android Wear, it’s expected that other companies (HTC, Asus) release their Android Wear watches soon. The Asus smartwatch will probably be released on September, with an AMOLED screen and cheaper (around $99-$149) than the LG and Samsung watches.

Smartwatches’ apps need to be very efficient, providing the biggest amount of useful information effortlessly. For now, the problem of smartwatches like the Gear Live and the G Watch is that they are smart enough but not watches enough: developers must realize that these devices, above all, are watches. When you look at your watch, you expect to see the time; everything else comes after. On the other hand, they must be something else than just watches, and give you all the information you need exactly when you need it.

This is what Google promises: to offer small fragments of relevant information through the day, requiring none or little interaction from the user. The information comes in cards the size of the screen to offer an attractive and simple visualization, and you can jump from card to card by scrolling the touchscreen. The screen of a watch is small, so interactions must be fast and simple, and just when strictly necessary. Most of the actions are made by simple taps on the touchscreen or by voice. Voice actions work very well with some apps, but others still give problems, like planning a route. Regional accents and pronunciation still present some trouble too, so for now voice actions work better when you say an already predefined command. Anyway, Google’s plan is that you will just have to say "OK Google" to get all the information you want: you can ask questions, get a taxi, order a meal, create notes, control music or get directions.

Main functionalities include notifications, answering (mails, messages), voice commands and contextual information. Your Android Wear will be synchronized with your phone, so the watch will automatically show all the notifications. As it is based on Google Now, Android Wear knows your preferences so it can provide you the information that may be of your interest depending on where you are and what you’re doing. But probably, in the future, it’s better to offer independent devices with innovative apps, that don’t need to rely on your phone (you already have the phone for that). Some of these interesting apps include Allthecooks Recipes, which lets you easily follow recipes just by glancing at your wrist, while you keep your hands on cooking. Another useful app is Wear is my phone?, which helps you find your phone by vibration or emitting a sound. Other applications include recognizing songs and giving you advice based on your location (like notifying a closed road or an accident when you are driving). Fitness apps are the new trend, so thanks to the sensors that Android Wear devices incorporate, they can track your fitness activity.