React Native Vs. Native (iOS and Android): Which one is Right for you? 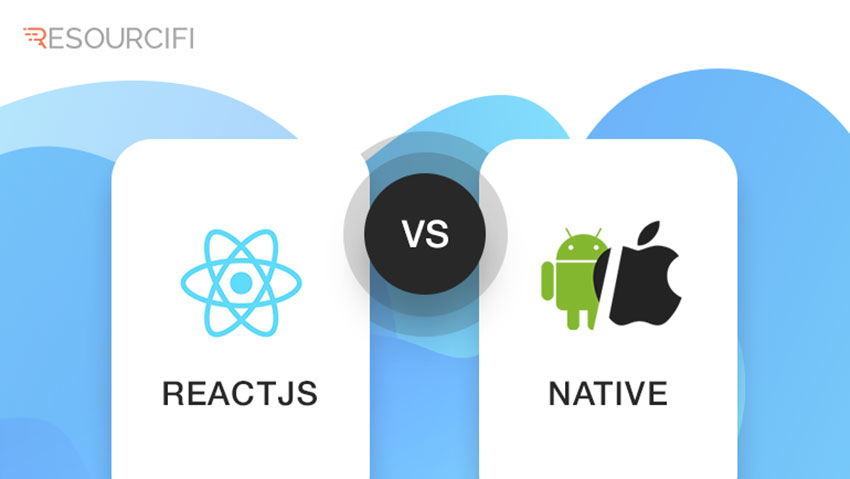 As an application developer the most substantial decision is to determine the right tool for building an app. The selection process of technical apparatus may look easy , but it is vei more complicated for a developer to select a suitable fit for developing a unique application. Things get more complicated when one has to choose from React Native and Native. The best way to resolve the complexity of this situation and make an absolute choice is to assimilate their differences.

So let’s represent the most contrasting factors of React Native and Native from the following table:

Before jumping to any conclusion, it's essential for you to get comprehensive knowledge of React Native and Native (iOS and Android) individually for agile application development.

The first question that may pop up in your mind is what is the primary difference between React Native and Native?

A Native application is that app which gets designed for a specific platform. Mainly there are two most popular platforms amidst others- Android and iOS. While developing a Native application for Android, the developers prefer using Android Studio in Java and Kotlin languages. Whereas iOS development gets driven in Xcode and the languages adopted by the developers are objective C and Swift.

React Native is an open source JavaScript framework created by Facebook. React development has revolutionized the concept of application development by introducing cross-platform mobile apps. These are the Native applications that deploy with JavaScript code as the base language for both iOS and Android.

iOS if that application runs on React Native unlike Native development, this also serves as the primary difference between them.

React developer doesn't need to learn diverse code languages for creating a dynamic mobile application. The JavaScript Framework, React Native enables a system to develop smooth native mobile applications which increase its popularity in the application development domain. Some of the most popular applications that are purely rewritten in React Native are Instagram, Pinterest, Facebook, Uber, Skype, SoundCloud and the list is never-ending.

The popularity of React Native is not equivalent to its victory over Native. We have to apprehend the pros and cons of these frameworks and languages.

As mentioned earlier, React Native uses only one code base to develop a mobile application which can be used for both iOS and Android. This is the biggest advantage for developers who find difficulty in learning multiple programming languages.

Since React Native is an open source framework, it is easy to monitor any change in its code. It plays an essential role to refine the functionality of this framework by eliminating bugs and adding new features to it.

Pros and cons are like two sides of a coin if you have examined one side it is mandatory to inspect the other.

Advantage can also turn into a disadvantage, and that’s what happens in this case. Being an open source JavaScript framework React Native is accessible to everyone it indirectly affects the security element of an application which is created by using React Native. You need to be careful when dealing with any confidential information of an application like personal finance apps or banking apps.

React Native has a small set of third party software components and community which restricts the developers ability and they are bound to create only basic simple applications. If you wish to develop a highly-interactive application then you have to appoint a skilled Native developer to translate the third party modules into native modules.

Though a React Native developer is efficient in creating cross-platform applications and can work on the single code base, there are some complex operations that need some native engineers (Objective C, Java) for which you have to Hire iOS developer and Android developers.

Now that you have understood the actual value of React Native, it's time to know about Native and how it can affect the process of application development?

As native apps connects with the mobile operating system in a seamless manner, it enables the user a hassle-free way to navigate a familiar interface that results in user-friendly experiences.

The quality of user experience is a significant rating factor in app stores. If an application has a higher rating then, it will be ranked highly which improve its visibility and eventually increase revenue. It has been evident that native apps are positioned better on the app stores because of their easy-to-use operations and faster performance.

Native application development involves platform-centric technologies that directly interlinks the native code to the host’s operating system. This interaction with the native features of the smartphones elevates the overall performance of an application, especially when it is related to graphics or multimedia content. Hence, it is easy to build complex applications using native code as it reduces the risk of downtimes from crashes.

Native applications demand constant upgradations. If a new update is about to be released or a bug gets rectified, developers are obliged to submit those updates to the app store and believe that users will update their apps to the latest versions.

In case users do not update their app because of less storage space or maybe they didn't notice the update, those users might renounce the app due to slow performance and unfixed glitches. This put developers in worried situation about losing their customers.

Each platform, such as Android and iOS, requires a separate set of codes, which means a great amount of time is spent upon the application development, as it is needs to coding for two distinctive apps. It takes approx 18 weeks to develop a quality native app and the time increases as per the complexity of the project.

Despite the fact that native application is smooth, faster and merges well with the device’s features, it does not implies that it the best option for you.

The shortcomings like time-consuming development process make it a hurdle for the Entrepreneurs who have a low budget and extra time constraints.

Both React Native and Native equally possess some strengths and weaknesses. It is difficult to select one from a native or cross-platform application as none renders perfection.

Native applications meet your expectations like high performance and better user experience whereas React Native applications are the best choice for a smaller budget and faster development. Ultimately, you should go for a platform that is suitable for your unique business needs and motivate you to achieve you application development goals.

Kritika Saxena is the Marketing Manger at Resourcifi, a Mobile App Development and Staff Augmentation Company. With five years of corporate experience behind her, she has rich technical knowledge. Her interests include writing about emerging technolo...