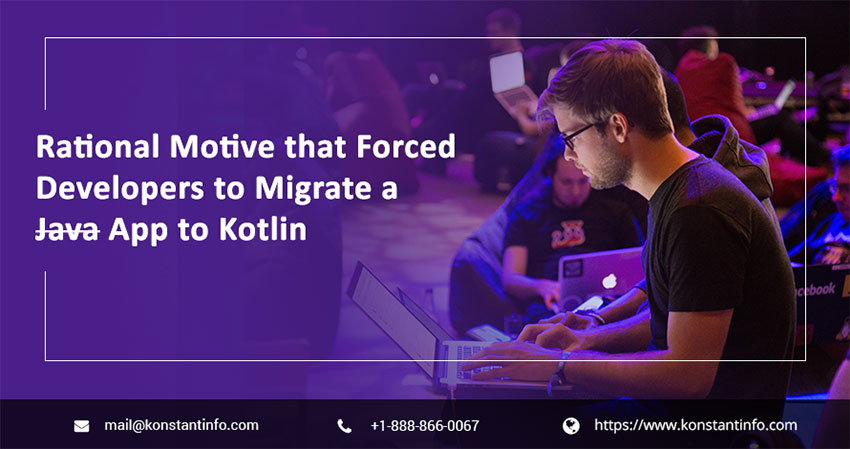 A surprise for most developers expecting to fetch their next Java project, why did Google make this decision to promote Kotlin when a stable option in form of Java is already available?

This decision was highly speculative and many strategic decisions were involved by multi-billion corporations. Google got Kotlin for free as it was released under Apache 2.0 open source license. This comes as a natural inclination for android application developers as everything free always seems beautiful and worthy.

Besides this Google did spend many millions of dollars in R&D, Public Relations and Legal requirements long before Kotlin were officially announced. Google will continue supporting Java development services for quite some-time and will require an additional tool-chain to support Kotlin in parallel to existing Java projects.

But the developer community asked for a better language that could actually speed up the development by some percentage. There was no turning back as Google always employs smart people who do things in a better way.

Another important thing was Oracle Vs Google lawsuit over Java. It came out to be a reasonable defense in the case when Oracle sued Google for over-using Java programming language. The pros that were most impressive were: improved code maintainability resulting in faster development time, lower instances of application crashes and shrinkable codebase that facilitates easy app maintainability. Gouging all these facts, let's quickly jump over to the apps that have considered Kotlin as a de-facto programming language:

Originally written in Java, this project management application has welcomed new Kotlin code to ease out transactions. The easy interoperability between two languages has made the code conversion easier.

This browser works for Twitter. It is partially written in Java vs Kotlin.

This is a widely used platform that has fostered its on-demand services for almost every industry niche – taxi, food, laundry, teaching, babysitting, haircuts etc. It has promoted its actions via various plugins used in Kotlin, which is as well used for various internal tolling processes.

This is a fundraiser company that provides funds for small projects like photography, designing, comics, and music etc.

This is one of the widely used photo sharing app that has migrated from Java to an independent Kotlin platform.

It is an open-source block-chain project that helps developers create block-chain networks. It is completely based on Kotlin, and also provides smart contract technology to businesses.

It is an open-source encrypted proxy project that is used to circumvent internet proxy project. It is a highly secure cross-platform app development project, completely developed in Kotlin and already enjoys 1,000,000 + app downloads on Google Play Store.

It is a highly secure payment application, better known as Square and is completely developed in Kotlin.

This is an application to synchronize events and set reminders, originally developed in Java but now completely converted into Kotlin.

It is a project management platform that allows small businesses to manage their growth. This application is completely developed in Kotlin and is quick and efficient.

This is an educational company which found Kotlin (Android development) similar to Swift (iOS development) and has thus eased out the conversion.

Kotlin has proved itself working parallel with Java. It has wide community support and is considered a mature language that is easier to code, integrates seamlessly with Android Studio, is safer than Java, has multi-platform support, and also comes with a varied toolkit. A better user experience, mass adoption, concise code are all the factors to look out for if one wants to migrate from Java to Kotlin in near future.

(Disclaimer: all the information discussed above is publicly available on the internet and is purely speculative. Any decision to consider a programming language for the next project to be developed must be based on one’s rationale.)