Progressive Web Apps (PWA): What you need to know

There has been a constant buzz about Progressive Web Apps (PWAs) since Google Chrome engineer Alex Russell and designer Frances Berriman came out with the term in 2015. PWAs are considered the next big thing and are gradually becoming a trend amongst users of mobile web.

The internet is full of information that you might find interesting about progressive web apps, but what confuses people more often than not is the fact the there is no single definition of the term, thus making it vague, broad and difficult to understand sometimes.

Amongst the many things written about progressive web apps on the internet, what explains the term in its simplest form is that PWAs are basically websites with all the features that are present in an app. Progressive web apps mix the options of recent internet browsers and mobile experiences to supply the most effective of each. They can appear like a native mobile app or traditional application but are actually regular web pages.

Alex Russell in his conversation with Frances Berriman on Progressive web apps pointed out towards certain attributes of PWAs, that they called “attributes of a new class of applications”. These attributes are as follow:

Another criteria that websites have to qualify to become progressive web apps is based on three conditions as mentioned below:

PWAs are helpful for both users and service providers. For example, there are businesses who do not have native apps can get maximum advantage of PWA by targeting a large number of audiences, mostly mobile users. Apart from that PWAs help a few industries more than others. For instance, the ecommerce industry will benefit majorly by using progressive web apps. With their superfast loading capabilities, they make the best on the go apps for the consumers. Along with this, progressive web apps do not require you to take the long route to make payments like the apps you download from stores. A one click feature makes it easier and hassle free to do transactions directly through Google payment API. The banking sector too gets great advantages from PWAs. The PWAs connects only via HTTPS, thus forming a more secured gateway for transactions.

PWAs come with the same features as present in native apps. You can add progressive web apps to the home screen of your device and enable the push notification feature just as you can in an app. Another interesting feature that makes them very app like is that you can use PWAs even when you have less or no internet access at all. Yes they can work offline too just like any other app on your mobile. Besides, the user who does not want to install native apps due to less storage capacity and RAM can also get benefit from progressive web apps.

Progressive web apps use modern internet capabilities to deliver a reliable, fast and engaging experience for users on their preferred devices and platforms. PWAs load almost instantly, works great in no network areas and are as user friendly and engrossing as any app on your smartphone. They conjointly provides personalization and caching capabilities that guarantee quicker loading and fewer knowledge usage. Programmers will code these apps once and deploy them everyplace. 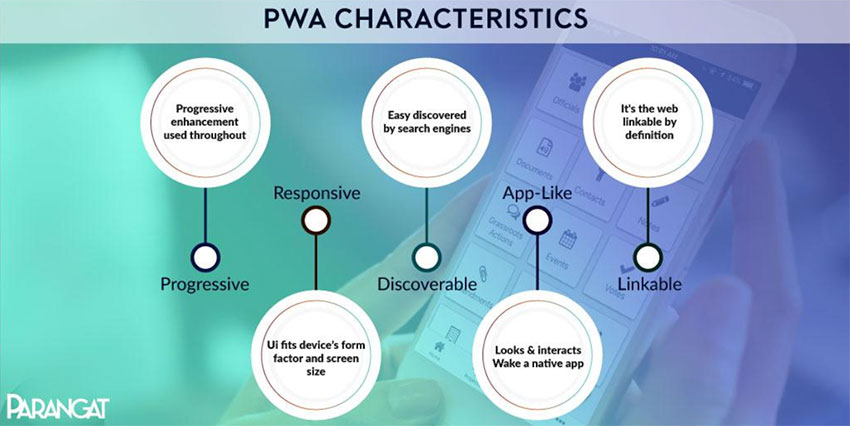 What are the benefits of progressive web apps?

What are the challenges of Progressive Web Apps?

HealthyBazar.com is a knowledge-based market-place (e-commerce platform), where not only Indian Herbal products (Ayurvedic, Unani, and Natural), Oils, Healthy food items, and daily use items etc. are sold, but knowledge is also shared on healthy living and natural way of healing. The app was developed in PWA, allowing the owners with lesser data use and higher conversion rates. 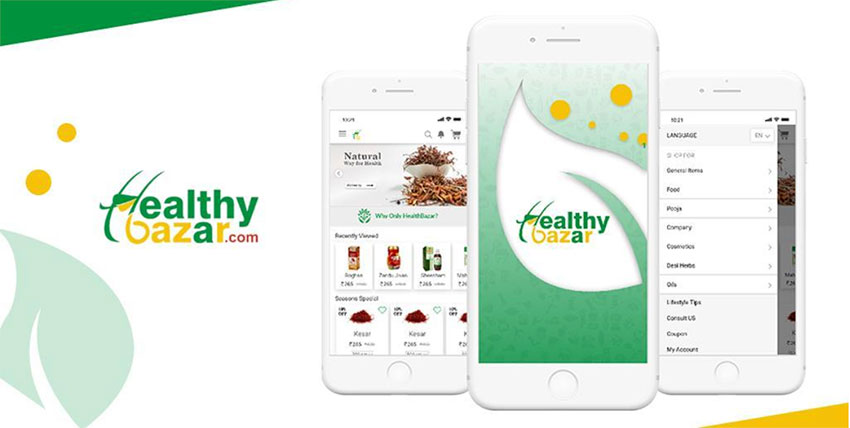 (An On-Demand Massage App made in PWA)

MassageNow.com is an online Platform for Massage Parlours to manage their all branches/shops, Staff, Bookings, Payments, Invoices, Ratings and Reviews. This also have a massage booking Mobile application for End customers.

Mean Stack is used for the online platform and Therapist PWA mobile app. Customer mobile app for booking is done in Native ios and Android. 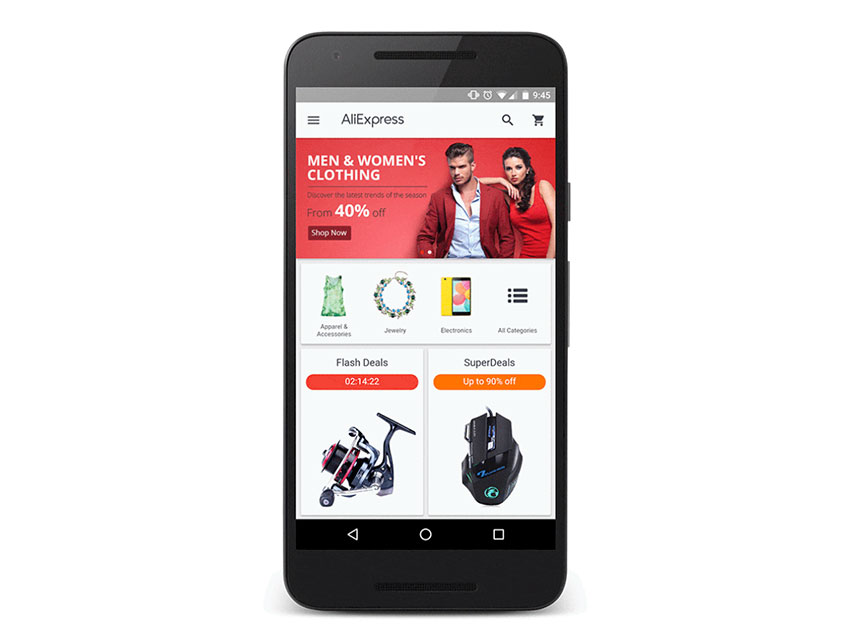 (AliExpress and Alibaba are one of the apps made in PWA)

AliExpress is the best e-commerce site which has a large number of customers from across every corner of the world. After it added PWA, the strategy resulted in an 82% increase in iOS conversion rate while doubling the page visit.Alibaba increased conversions on the mobile web by 76%, with 14% more monthly active users on iOS and 30% more on Android. 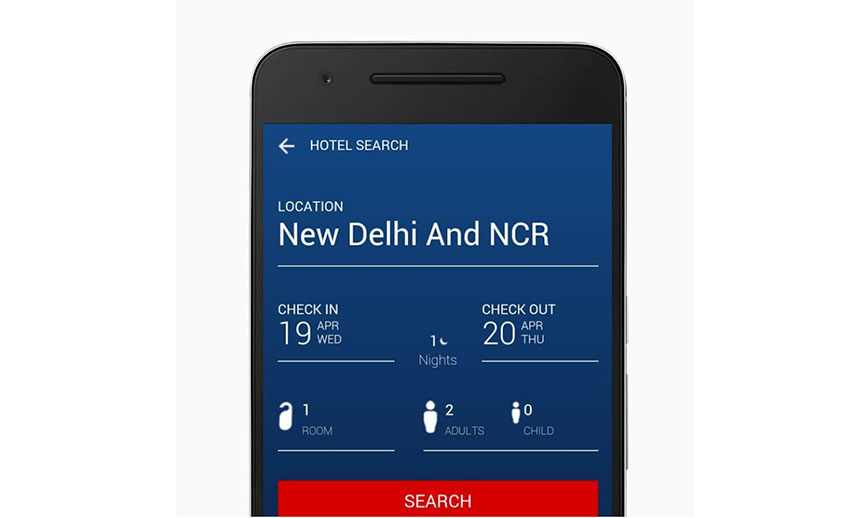 (Make My Trip witnessed a 3x increase in conversion rates )

The PWA strategy helped the largest traveling site “Make my trip” 70% reduction in data use while 75% in a tweet sent. There was a huge drop off rate before the company shifted to Progressive web app. After the shift the company witnessed a 3x increase in conversion rates, 38% increase in page load times and 160% increase in user sessions. 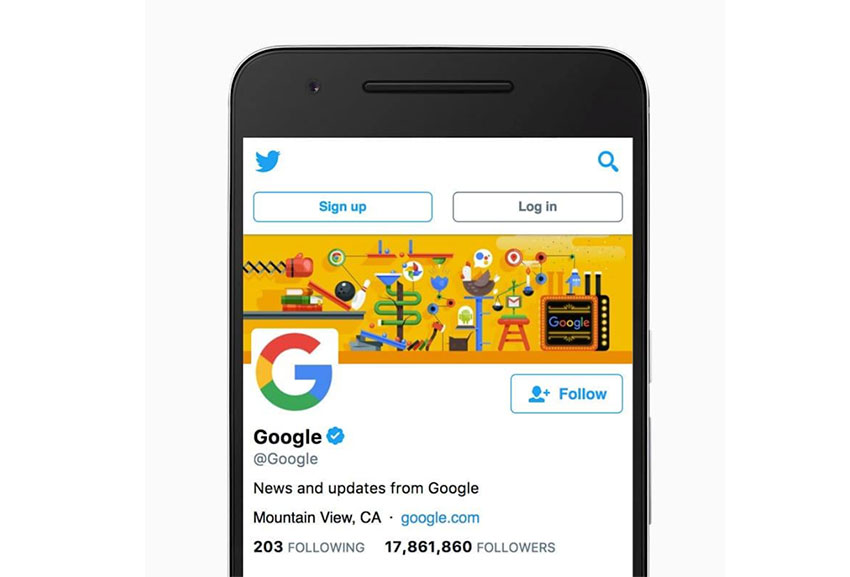 Twitter is one of the biggest beneficiaries after it adopted PWA. It got 250K unique visitors on a daily basis. Twitter Lite that loads in just 3 seconds, witnessed a 65% increase in pages per session, 75% in tweets, and a 20% decrease in bounce rate. 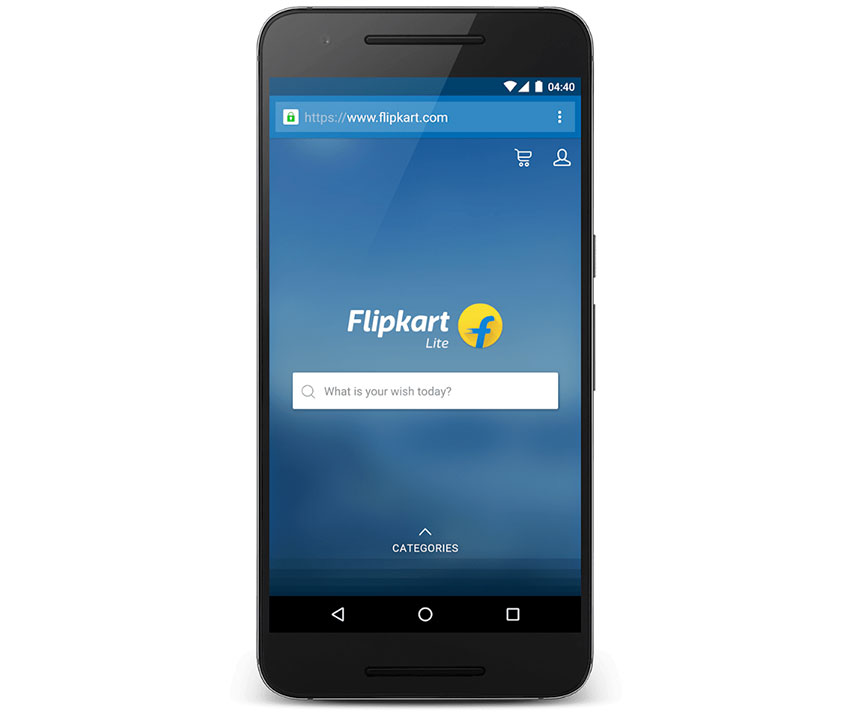 In 2015, Flipkart experimented by shutting its mobile website and went for an app only stratey because they failed to deliver a good user experience to the user with poor 2G network. Later on the company invested in a Progressive web app. The result of which was that the top e-commerce site got 70% increase in conversion rate after it included PWA in its marketing strategy. Besides, the website recorded 40% first-time visitors on site. Users now spent 3 times more time on their website using 3 times less data. 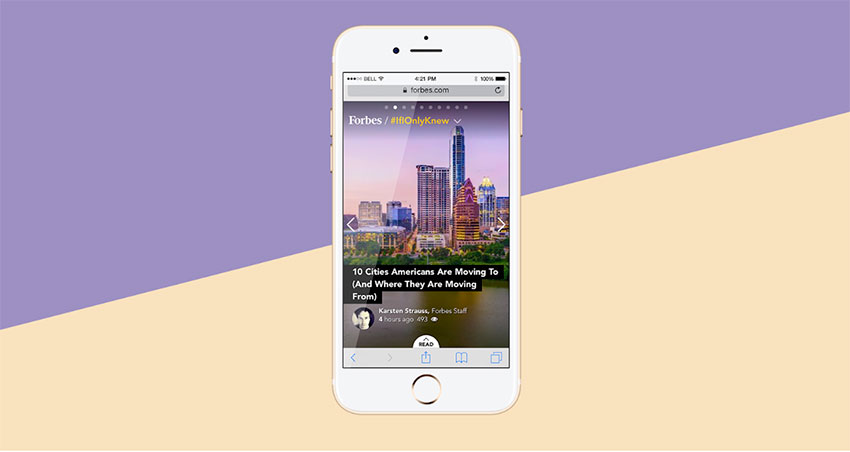 (Forbes recorded 100% increase in engagement after switching to PWA )

Forbes is one of the popular websites regarding information, news and story. However, after turning its website in PWA-enabled, it recorded 100% increase in engagement while, as per the company claim, it takes only 0.8 seconds (as compared to a 3-12 second previously) time to load the page. 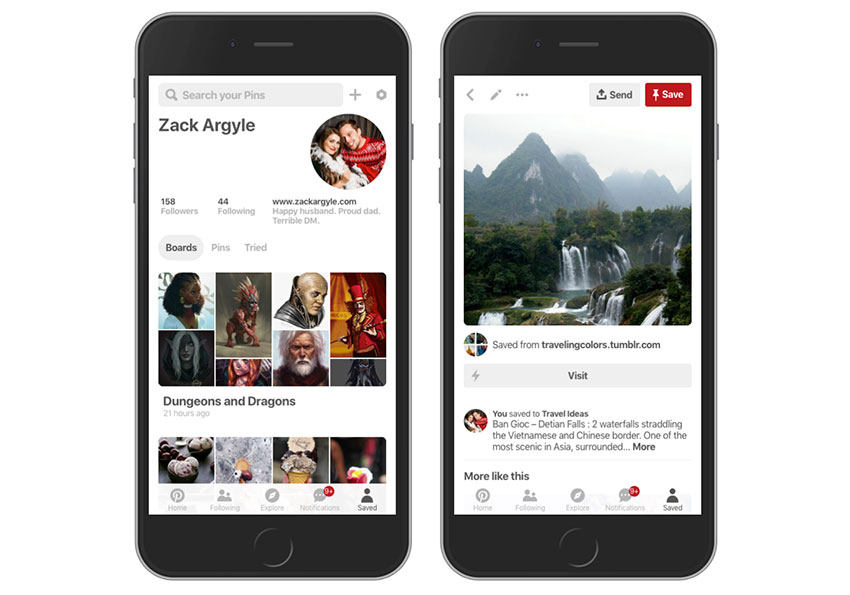 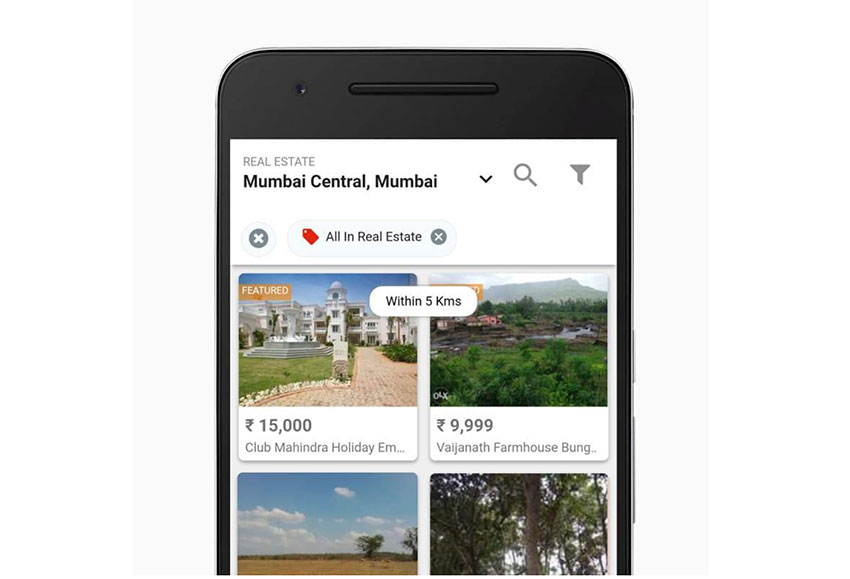 (Having 90% of its users operating from mobile, it became crucial for OLX to move to PWA. )

OLX has 90% of its users operating from mobile, thus it became crucial for them to move towards a progressive web app of their own. After which there was a 250% increase in re- engagement of users, 80% decrease in bounce rates, 146% increase in CTR on ads and 23% decrease in time for the page to become interactive. 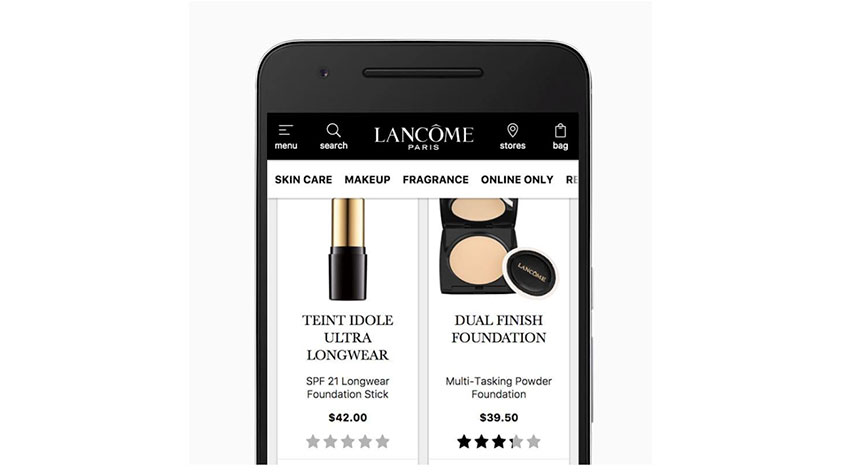 Progressive web app of Lancôme has shown an increase of 17% in conversion rates, 51% increase in mobile session overall and a 53% increase on iOS alone. There was a 15% decrease in bounce rates and 84% less time was taken to make the page interactive.

Fast-forward to 2017 mobile is not just an afterthought of a desktop designed website. Mobile is overwhelmingly the growth engine of the web. Over 50% web traffic currently takes place on a mobile device.

And whereas a responsive designed website will work the screen of a mobile user, it often takes forever to load, negating the perceived user experience benefit of fitting a mobile screen.

Many companies today are lagging severely behind when it comes to mobile. 77% of mobile sites today take 10+ seconds to load and yet a Double Click study found that 53% of users abandon sites that take longer than 3 seconds to load. At 10 seconds, approaching 100% of casual users will bounce.So over ¾ of the mobile sites on the net these days area unit forcing nearly each casual mobile visitant to their web site to bounce.

Progressive web apps have added a replacement dimension to the net development atmosphere. They are currently touted as the way forward for app development. With few firms curious about native apps and most of them deserting mobile-only app development, progressive internet apps have started dominating the market. Firms are selecting progressive internet apps because of heir dynamic practicality and easy transfer, which ultimately maximizes reaching. By capitalizing on the imminent ‘stagnation’ of traditional apps, progressive web apps can certainly take the centre-stage in the years to come.

The tools that we use currently in our web development are not yet congenial with progressive web apps completely and a lot needs to be changed to make PWAs as common as native apps. Yet the work has already begun in this way and a lot is under process including building a compatible framework and service support system. Web service providers like Chrome and Firefox are already providing users with a great experience with progressive web apps, while iOS too is not far behind.

A good number of firms and companies are already exploring the realm of PWAs, especially the new startups and companies that do not have their native apps yet. Progressive web apps is helping these businesses in increasing their reach, encouraging sales and providing great user experience. PWAs are helping these companies reach customers with limited internet connectivity thus building more and more clientage.

Progressive web apps are offering a better experience to users on various devices. Those struggling with loading issues due to poor connection or low conversion rates have found an answer in PWAs. Users do not need to completely abandon the web as was thought when native apps were a rage. In fact with PWAs getting famous, the future of native apps looks dark. Although it is a little far sighted but progressive web apps are here to change the face of mobile apps completely.

Parangat Technologies is a seasoned PWA developer with many successful app solutions under its belt. Our experienced team, varied domain exposure, and professionalism sets us apart from peers. App solutions created by Parangat climb the popularity charts and get trending in record time. Get a free quote on your next PWA idea or take a look at our rich portfolio.

Is Blockchain Development Too Hard?
Weigh the Need to Build an Online Marketplace like Taskrabbit