The possibilities of connected cars for the app development industry

AppFutura
Published on May 23, 2016 in App Development 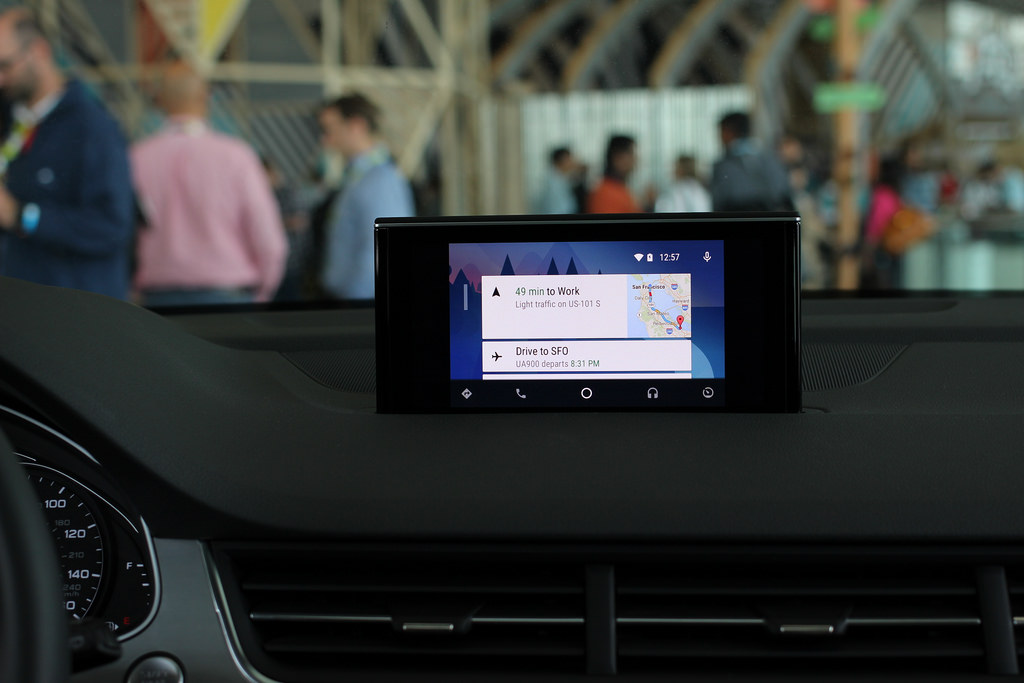 Vox populi says the boom of self-driving cars is going to arrive by 2020, and according to reports, 12 million self-driving vehicles will be sold worldwide by 2035. As a result, several automakers have started their plans to launch their autonomous vehicles in the upcoming years. The main companies involved include General Motors, Tesla Motors, Hyundai and Google. Of course, mobile app development companies also have something to say about it. Autonomous cars allow new and better apps with other features.

General Motors plans to have a fleet of self-driving Chevrolet Volts in Detroit this year (with engineers at the wheel just in case). The company hasn’t spoke a lot about the autonomous technology they’re using, but in fact they started exploring this kind of technology a long time ago, during collaboration with Carnegie Mellon University for an autonomous vehicle competition almost ten years ago. General Motors plans to launch “Super Cruise” on an unspecified Cadillac model next year; “Super Cruise” is a semi-autonomous technology that will let a car handle itself on the road.

As for Tesla, their Model 3 will be the company’s cheapest electric car, available from $25,000. The Tesla Model 3 will be unveiled this March 31 st , and costumers will have the chance to pre-order it in Tesla stores from March 31 st , and from April 1 st online. But it’s important to note that deliveries will begin in late 2017, so even if you book your Tesla Model 3 right now, you’ll still need to wait a bit to sit on it. 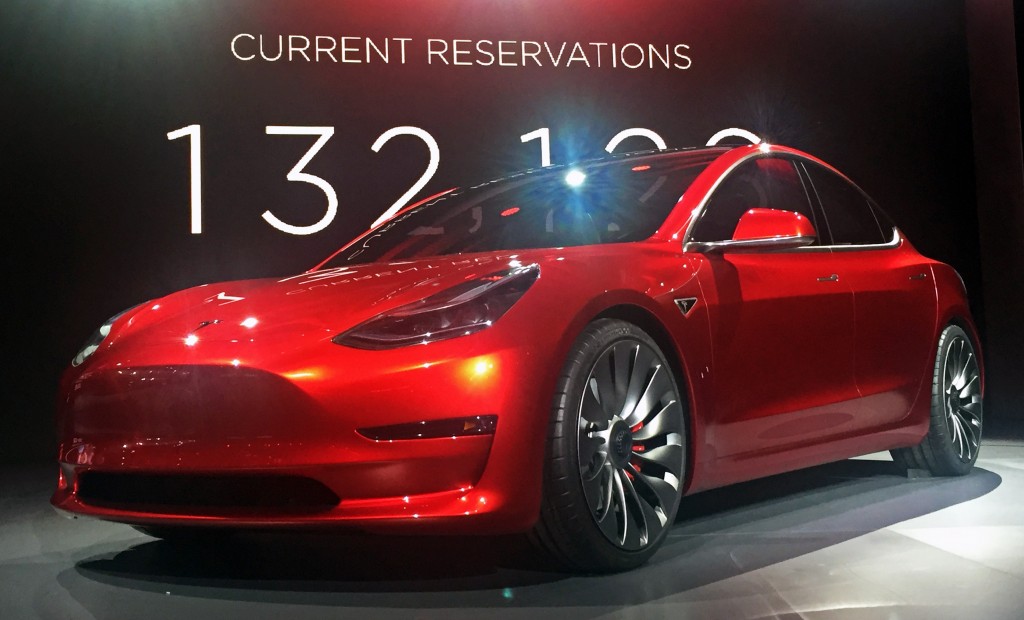 Hyundai’s bid is the Elantra, at a price of around $20,000. The Hyundai Elantra 2017 is on sale in the US since a few weeks ago, and it includes Android Auto and Apple CarPlay, a part from a rear-view camera, automatic headlights, Bluetooth, heated outboard mirrors, a hood insulator and touchscreen (though you can get a one with navigation for plus $2500).

Have you heard of Car-as-a-service (CaaS)? This new appellation has appeared to depict the fact that, in the near future, most of the cars will be dedicated to services instead of being owned by individuals. That’s one of the reasons why last January General Motors launched Maven, a car-sharing service born to compete with ride-sharing services such as Zipcar. The company estimates that around 30 million people will be using car-sharing over the next decade, so they decided to launch their own car-sharing service. For now, Maven will only be available in Ann Arbor, Michigan, but they plan to expand the service to other cities in the next months.

The initial fleet will consist of Chevy Spark models, and some Bolts will be incorporated when they rollout later this year. Costumers will be able to rent a car for $6/hour, and can use their smartphones to access the vehicle and turn it on remotely, as well as activate the heating and cooling systems. The Maven cars will have 4G LTE connectivity, and will be compatible with Apple CarPlay, Android Auto, and SiriusXM.

After the success of services like Uber, car-as-a-service is soon going to become a major force in urban transportation. And with driverless cars, ride-sharing will be even more effective, easier and cheaper, saving the money of the driver. CaaS will let users call a car from an app in the phone and have it right at their door in a few minutes. Experts consider the explosion of driverless CaaS will begin before 2025.

One of the central subjects in the autonomous driving arena is the anticipated Google self-driving car, the best driverless technology so far. Google car is already being tested in the US and giving good and even better results that human drivers in most of the situations, at least in good weather. Its software works by copying the driving skills of the best drivers and interpreting this information.

What it still lacks is the ability to predict and react to specific, sudden and non-traditional driving situations. So of course, autonomous driving still needs to make a big advance to offer a 100% safe driving experience, and it’s the authorities who will finally decide if it’s secure. Self-driving cars can represent interesting features to make driving safer, like keeping you from driving if you’re drunk; but they also face serious risks like hacking. If everything goes right, Google car could become an important player in the CaaS panorama. For now, one of the questions is: will Google car be controlled by Android Auto?

The main goal of Android Auto is to help the driver and to promote a safe driving experience. In order to support secure and responsible applications, Google published a series of guidelines to design specific apps for Android Auto. Designers have to focus on creating special apps for a car, so forget things like games. The keys? Simplicity, voice commands, interaction between device and driver, and connectivity.

It seems quite obvious that Android Auto’s interface must be extremely simple and easy to use, allowing the highest grade of interaction between device and driver. The point here is to provide only the necessary information at the right moment, avoiding any distractions while you’re at the wheel. So Google’s guidelines recommend using small amounts of text, a clear typography and, every time it’s possible, work via voice commands instead of typing. Night and day modes are essential to reduce distractions as well. Visual ads are forbidden, and only audio ads are allowed.

Finally, Android Auto should always be interconnected with our other Android products, in order to have all the information in all the devices. Android Auto doesn’t have an apps store; it receives all the information from the paired smartphone. Third-party apps compatible with Android Auto include I Heart Radio, Jyride Podcast Player, Kik, Spotify, Skype, TuneInRadio, Umano and ICQ Messenger, among others.

Aside from that, customers will be able to integrate Android Auto in their cars by installing a navigation system compatible with Android Auto. Pioneer is one of the pioneers in this field, and they announced Android Auto new head units for the US at last CES: the AVH-4200NEX ($700.00), the AVIC-7200NEX ($1,200), and the AVIC-8200NEX ($1,400). Each of them comes with Pioneer's own interface, but you can ignore it by plugging in your Android device and switching to Auto. Other marks dedicated to navigation systems who take part of the Open Auto Alliance include Alpine, Delphi, Fujitsu, LG, Nvidia, Panasonic and Parrot.

One of the key points when speaking about Android Auto is integration with the car’s own interface. For example, Ford introduced its Android Auto implementation at CES last January too, and showed that Android Auto will be a kind of app inside of their own custom interface, Sync 3. Ford’s Sync 3 system will stay out of the way when Android Auto is running by hiding its own redundant systems like the built-in navigation and phone apps.

And as an app development company, how can you take advantage of it? First of all, make your mobile app compatible with Android Auto or Apple CarPlay among other platforms. And be creative, what app would be disruptive in the auto world? Of course right now mobile apps are the most used, but in the near future, as we've analyzed in this article, cars will also play a major role in the app development industry. So take your development company to a next level and make some research about car apps.