The recent world crisis has made clear the rising of Asia as a worldwide economic power. The importance of the continent in the current market is undeniable, and it’s expected that in 2030 Asia’s GDP is higher than in the main economies of G7, thus becoming the main economic region of the world. During these years, China has also proved that it’s becoming the fastest-growth smartphone market: it is already twice the size of the US market. Right now, China is the top market for smartphone sales and overtakes North America as the world’s top smartphone market, though growth is expected to be stronger in India, Indonesia, Russia and Brazil in the near future.

So for now, four signs point China as the world’s top mobile market. First, the country has more than 1 billion mobile subscribers, which is more than three times the US. Second, China has more than 150 million 3G users. Third, it has more than 400 million mobile Internet users. And fourth, China is now the largest smartphone market in the world with 22% (overtaking the US at 16%). 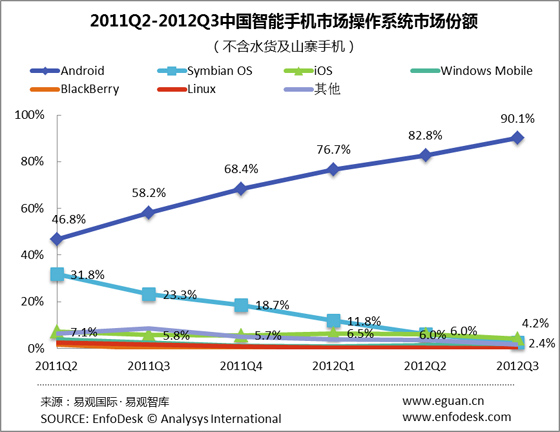 The battle of OS’s

For the moment, Samsung and local manufacturers (Huawei, Lenovo, ZTE, Yulong and Xiaomi) own the Chinese market, with Samsung trying to win the battle against them. The Chinese-produced Coolpad smartphone is the third biggest player in China’s smartphone market, surpassing both international and domestic leaders such as Apple and Huawei. In a market where low cost proves the best weapon for capturing consumers, Samsung faces now tough competition from them as they release low-price but sophisticated devices.

While Apple’s iOS is the most popular platform in the US, Android is the most popular one in Asia. iOS is the priority for developed countries, but many companies as Firefox prefer to target on emergent markets as Asia, India, South America, Middle East and Africa. Device manufacturers and OS providers are becoming increasingly focused on these emerging markets, where smartphone penetration lags far behind more mature markets and pricing is crucial. Right now, 80% of smartphones, 60% of all new computing devices and 60% of tablets run Android. And, while Apple is very strong in the US, it is weaker globally.

As usual, Apple may be insulated (for better or worse) by its operating system and high prices. The question with Apple is always the same: it’s a fact that it’s made for a minority, and it is a wealthy one, basically US based. So it seems that for the moment Apple is safe, for it will always be people interested in its one of a kind quality and, above all, the uniqueness of its brand and the exclusivity that its name brings. But Samsung, which actually dominates the market for phones with Google’s Android, may be more vulnerable.

The future of Xiaomi commanded by Hugo Barra

Xiaomi is a Chinese smartphone maker enterprise founded in 2010, and it’s becoming increasingly popular these days; the amazing expansion of this company is largely thanks to Hugo Barra’s incorporation to the group. Now, everything around Xiaomi becomes breaking news.

In September 2013, Hugo Barra, the Vice President and product spokesman of Google’s Android, left Google to join Chinese company Xiaomi, becoming its Vice President of International. Barra was one of the highest responsibles of Android’s success, and he’s now decided to turn Xiaomi into the new Apple or Google. For now, Xiaomi phones can only be bought in Occident through fan sites, but Barra’s intentions include of course expanding the company into various countries. Until now, Xiaomi has been basically oriented to the Chinese market, but with Barra’s incorporation it will surely become a global market leader, threatening giants like Samsung and Apple, its main competitors. At the moment, Xiaomi smartphones are among the Top 10 best-selling devices, which is more remarkable if we mention that these sales are limited to the Chinese market.

Xiaomi smartphones run Miui, an OS based on Android and developed by the same enterprise. In 2013, Xiaomi’s Mi2S was the best-selling phone in China, surpassing Samsung’s Galaxy 4 and Apple’s iPhone5. That October, Xiaomi launched the Mi3 and the first 100.000 devices were sold by Internet in less than 90 seconds. The secret? High-performance smartphones at affordable consumer prices, generating revenue not only from the hardware itself but the software and internet services provided to the users. A big part of Xiaomi’s success is due to the price of its devices; they are cheap but offer a high quality. This trend is clearly rising in a market where customers search for quality at the lowest prices. Companies like Motorola with Moto G already offer this, and enterprises as Taiwan’s MediaTek or China’s Spreadtrum are fighting to provide the best quality at the lowest prices.

Right now, global expansion outside of China into surrounding emerging markets is one of Xiaomi’s key priorities, and it’s here where Barra’s work becomes crucial: the executive will have to decide which regions should Xiaomi enter and how. 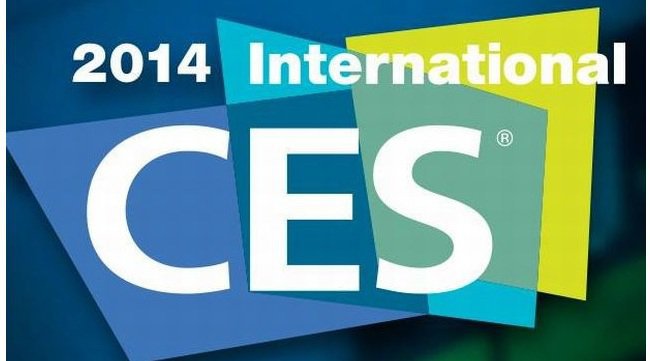 After the CES (Consumer Electronics Show) 2014, we can picture which will presumably be the Top 10 Chinese Android devices: modular phones as the ZTE Eco-Mobius will become the new fashion in the near future, allowing consumers to build their own smartphones by pieces. Phablets will also play an important part, like the Hisense X1 or the CoolPad Halo 7-inch phablet. Huawei presented its Tron Games Console, a simple cylindrical console powered by a Nvidia Tegra 4 processor and a Bluetooth gamepad. Asus introduced the PadFone Mini, a hybrid and convertible device: it’s a 4-inch phone that you can turn into a tablet by sliding it into the included 7-inch tablet body. MediaTek presented its multimode charger, a wireless charging solution which allows you to charge several mobile devices at the same time even if they are in another room. Among the new smartphones, companies will release some improved “sequels” such as Huawei Ascend Mate 2 and ZTE Grand SII. Finally, we will find new models as Lenovo Vibe Z and Asus Zenfone 4, an economical $99 smartphone to rival with Moto G as a main competitor. Clearly, this will be the new trend on the smartphones market: more and more users are saying that low cost Moto G is more than enough for them, with a great screen and a long-lasting battery. Definitely, consumers are welcoming mid-range, great value for money smartphones with open arms.