What You Need to Know about Smart Television App Development

Marc Coll, Business Development at AppFutura
Published on May 24, 2018 in App Development 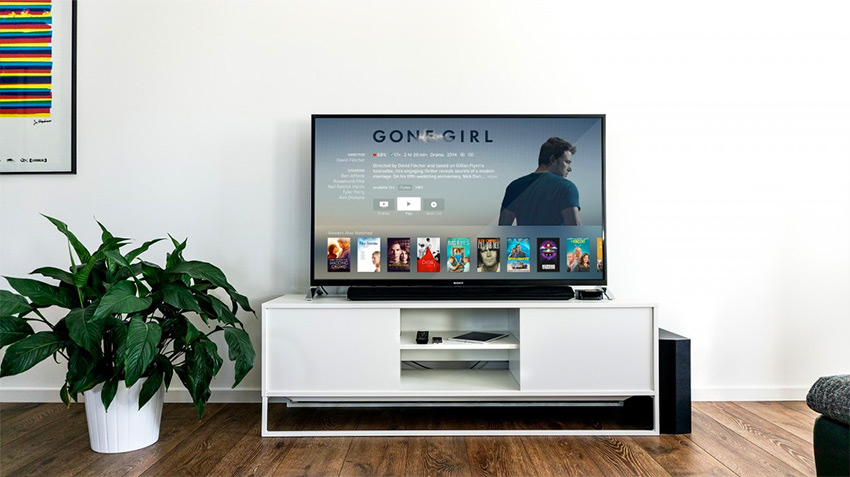 The future of connected technology is upon us. Smart televisions are one of many exciting innovations finding their way into the consumer electronics sector today. Many of today’s leading smart televisions are equipped with a variety of unique and powerful features, including the ability to stream popular content from the world’s leading media platforms as well as explore the internet through integrated browsers. Perhaps, what is most exciting is the relative affordability of many of these systems. Although the earliest iterations of smart televisions represented a hefty financial investment, the popularization of this technology and subsequent advancements have dramatically lowered the price point of even the most powerful of these devices.

Consumers searching for smart televisions today have a variety of options available. Depending upon your specific budget and preferences, you can find smart televisions which come pre-loaded with industry leading apps. Perhaps what is even more exciting is the opportunity to synchronize these onboard apps with your personal devices, including tablets, smartphones on both the Apple and Android platforms.

Although 4K smart televisions were once considered a premium luxury, the overwhelming competition in this sector has helped reduce price points for consumers around the world. This has made 4K imagery a de facto standard in smart TVs today.

Samsung’s QLED technology is an excellent example of these developments. QLED has been proven not only to augment general color accuracy, but also generate an even brighter color spectrum. OLED, an evolution of QLED, is an even more advanced system. That being said, OLED has proven itself to be far more expensive to manufacture. Unfortunately, these prices almost always find their way to the consumer. Technology such as QLED and OLED have now all but replaced the aging LCD technology that helped define the move towards more high resolution imagery.

For mobile app development companies, the superb imagery of smart televisions allow for the production of highly immersive experiences which can provide arresting visualizations alongside immersive interactivity. The 4k experience will help ensure that developers can create crystal clear experiences for their users that far outweigh the display capabilities of smaller devices.

Increased competition has not only influenced the mechanics and performance of the smart televisions being manufactured, but also the expenses associated with peripheral services, such as television installation. As a growing number of television retailers have begun to offer free installation in an effort to woo consumers, more and more individuals are opting for larger screens on their smart TV devices. According to recent analysis, the 46 - 55 inch television screen is expected to become the de facto size option for the bulk of consumers over the next year. As you can imagine, this is a dramatic expansion compared to the average size of televisions only a few years ago.

Mobile app development companies working with the smart TV industry have an ever-expanding array of opportunities to them thanks to the continued expansion of the hardware screen size. “Multi-panel” apps will allow for an abundance of information to find its way onto a user’s screen without appearing cluttered or disorganized. Likewise, the available space can provide app developers with attractive design opportunities that may not have been available with smaller devices.

For developers, smart televisions allow for ambitious explorations into new methods for consumer interaction and engagement. Smart television developer kits empower teams of tech-savvy professionals to create immersive new experiences which can be implemented on the bulk of app-enabled devices. Of course, the creation of such apps allows for an entirely new paradigm within the app industry. With this in mind, it is understandable why major industry players, such as Apple, Google etc. are intent on capturing an enviable share of this marketplace.

In keeping with trends that have long been established within the smartphone industry, smart televisions have been quick to integrate mainstream operating systems, including products from the world’s two dominant industry heavyweights, Apple and Google. Apple’s flagship smart television, dubbed the ‘Apple TV’ - has been designed to completely integrate within the product environment developed by the company over the past decade. Tablets, phones and computers can all be synchronized with the Apple TV in order to create the most seamless product experience possible.

This cross-device functionality is also embedded within the Android TV environment, Google’s competitor to Apple’s ambitious plans for industry hegemony. In both the Apple and Android TV, an ‘open-door’ policy to development has become the lifeblood of continued progress and innovation. Without enthusiastic promotion of the TV SDK’s, it is quite likely that these platforms would not be able to carve out their own niche in a market that has for decades been fully owned by cable TV.

Much of the ‘smart’ technology being designed today has as its ultimate goal the idea of ‘convenience’. Services such as Chromecast are an excellent example of such objectives. Using the Chromecast service, individuals have complete control over their media streams. Whether it’s a movie, tv show or YouTube content, Chromecast provides a one-stop system by which users can rely exclusively on a singular device to find their way in and out of multi-platform media. App Developers can leverage this unique opportunity to establish a seamless stream of data from an online hub to a user’s television platform. On the smart TV more than any other device, perhaps, convenience and hardware integration are a priority.

Reflecting back, perhaps be stated that the most exciting outcome of the smart television evolution is the growth of a truly open-source environment for media viewing. Now that the bulk of media has been liberated from the grip of a handful of cable companies, the opportunities for entrepreneurship, innovation and inspiration have never been more diverse.

It is difficult to know, at this stage, what the ‘next step’ in smart television app development will become. The market is far from saturated, and it seems reasonable to assume that many technological innovations have yet to be fully realized. It is quite likely that next generation services such as augmented reality / virtual reality will become common place in consumer-grade televisions. With these services there will, inevitably, be a surge in growth of new third-party apps deploying these tools. If smart televisions are to continue their wild ride into the mainstream marketplace, it is exciting advancements such as these which will ensure that the television industry remains at the forefront of consumer’s minds for the foreseeable future. For those hoping to learn more about these devices, we strongly recommend checking the news on an almost daily basis, as the pace of evolution in this industry seems to accelerate at impossible speeds!

Share your comments and opinions about Smart TV App Development on the forum.