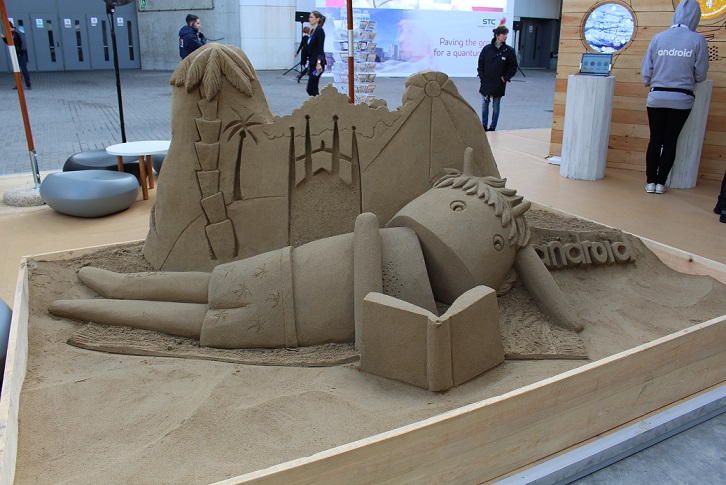 This year’s Mobile World Congress (MWC) has come and gone. Almost every large mobile manufacturer was at hand (that is everyone except Apple of course) to unveil their latest offerings to the world, be it devices or infrastructure developments. LG, Sony, Huawei, Nokia and even Blackberry released long awaited devices that surely caught the eyes of both consumers and the industry in general. Apple, meanwhile, will be hosting their own product releases later this year, and typical of the Silicon Valley giant the details of the event are being kept tightly under wraps. Other big names like Samsung were at MWC, but their presence was rather small and will no doubt be hosting their own launch events later this year, much like their main competitor, Apple.

MWC is synonymous with the reveal of many of the latest smartphones and other mobile devices like tablets (the event does bear the word Mobile in its title after all), but these days the event encapsulates more than that. MWC has also become the place to unveil the next generation of mobile devices like smartwatches, but it is also the place where the latest and greatest ideas and innovations in mobile technology are being tabled, discussed and rolled out.

Unsurprisingly, a handful of companies used the media buzz and eyeballs surrounding Mobile World Congress to generate attention for the release of their flagship devices. LG is one of these companies as was like a proud Papa as it unveiled the G6 to the world. The most noticeable difference from its predecessor, the G5, is the absence of the modular body with removable battery. The phone’s unibody design is now comparable with flagship phones from major competitors. The highly stylized, nearly bezel-less body comes in a trio of colors (silver, black or white). The phone is now highly water resistant, being given an IP68 rating, and was only accomplished by internalizing the battery. 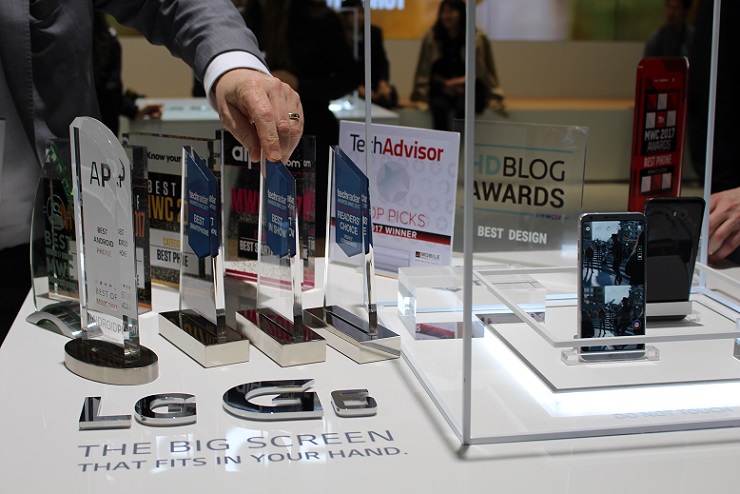 The G6 is jam-packed with features, not the least of which is its duo of cameras. The front facing camera is armed with 5 megapixels, while the main camera boasts a 13 megapixel, 120-degree wide angle lens. The high-resolution images captured by these cameras will be displayed on the devices 5.7-inch screen which is a vast improvement from the G5. The smartphone, which will run on Android, will be pre-loaded with the powerful Google Assistant which will enable the user to interact with the device via voice commands and prompts. Finally, the G6 will be powered by Qualcomm’s Snapdragon 821 processor, which is not the most powerful processor on the market, but will allow the G6 to compete with the other giants of the industry.

Sony also decided that the world should meets its flagship device, the XZ Premium. Those familiar with the Fiskar Karma sports car will see a resemblance to the XZ Premium right away in its body. Both the XZ Premium and the Karma share a shiny, metal chassis. So chromed out is this phone that people can actually see their reflections in its body. But the dazzle doesn’t stop there. The main camera is loaded with a 19-megapixel lens that can shoot slow motion at a ridiculous 960 frames per second. Its 5.5-inch screen will display video and images in 4K resolution with HDR (a feat that Sony claims is a first in the smartphone world). Sony ended with the XZS, the lighter version of the XZ Premium with slightly less features and is more cost effective. 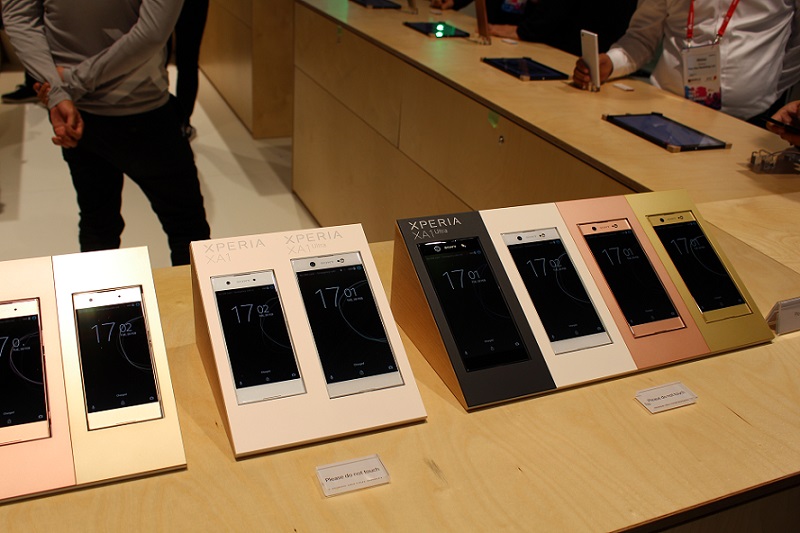 Blackberry, yes that Blackberry, unveiled their long-awaited smartphone at MWC. KeyOne is supposed to represent the brands comeback. On the outset, it doesn’t look all that different from previous Blackberry incarnations. The phone bears what seems to have been the company’s unofficial trademark, a physical QWERTY keyboard. However, upon closer inspection this is no ordinary tap and touch keyboard. They seemed to have taken the concept and elevated it to a new level. Almost every key on the keyboard can be swiped left and right, launching up to 52 shortcuts. Some shortcuts are baked in, while the majority of the shortcuts can be manually programmed. Want to launch Facebook? Swipe right on F. Want to launch Tinder? Swipe right on… well you get the idea. This innovation is all thanks to the capacitive sensors built into the keyboard which gives additional function to the keys other than just being tapped. On the inside, Blackberry fans will be happy to know that Blackberry HUB is alive and well. The Universal message inbox also allows users to connect with other users via BBM (Blackberry messenger). For the enterprise and business minded, the KeyOne will readily interface with BES servers.

There were several smartwatches being shown or talked about throughout MWC, but Huawei‘s Watch 2 showed the most potential. The device will run on the latest Android Wear OS (2.0) and will look to compete against the likes of LG’s Watch Sport and Watch Style. Combine that with a sleek design, customizable features and high functionality, and the result is a smartwatch that not only looks good, but one that listens, learns and communicates with its user. 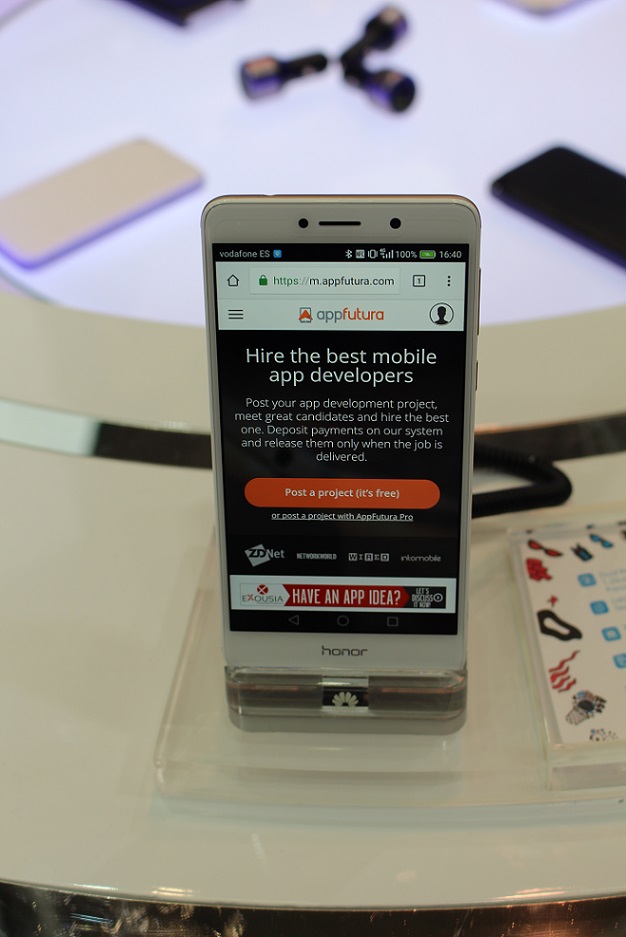 Of all the companies and manufacturers present at this year’s MWC, Nokia seems to have made the greatest impact and impression. First, the familiar ad recognizable. Nokia is literally going old school by releasing the Nokia 3310 cellphone. This is by no means a smartphone, and those old enough will notice that it almost looks exactly like the notorious Nokia’s of old. It even has the classic cellphone game, Snake. The phone is equipped with an Opera Mini browser that will barely allow the user to browse through Facebook and Twitter. It comes with a 2-megapixel camera which will proudly show its images on the 2.4 inch 240x320 screen. With all this awesomeness (sarcasm) why make it at all? Nokia believes that the phone will appeal to retro phone fans, and those looking for a highly affordable, disposable phone. Oh, and did we mention that each battery charge can last up to a month! 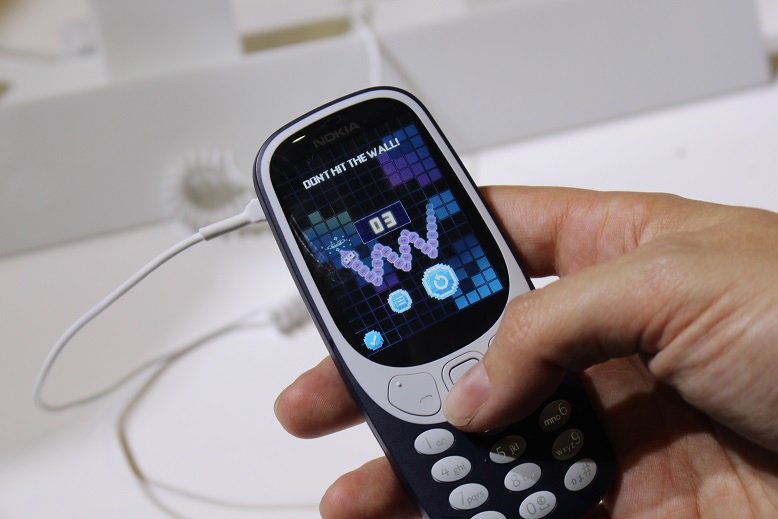 This great and all, but it is what Nokia is accomplishing in the background that is really grabbing everyone’s attention. Nokia has announced that it will introduce 4.9G technology by the end of 2017. This development will allow operators to prepare their infrastructures for the arrival of the 5G technology while enhancing current network performance. 5G is looming over the industry and Nokia’s advancements will make it possible for cell capacity to be increased 5-fold with the use of their MIMO Adaptive Antenna.

Furthermore, Nokia is planning on using their AirScale and AirFrame platforms to complement existing Radio Antenna Systems to decrease costs on the operator’s end while simultaneously increasing performance. By utilizing this system, Nokia believes that it can drastically affect network performance and availability in dense urban centers.

On another note, Nokia is looking to bring the smart devices of the world even closer with its recent launch of WING (Worldwide Internet of things Network Grid). Think of it as a global nervous system that provides a client with IoT connective no matter what form of technology, device or system they are using. This along with their expansion into the Cloud market through Cloud Packet Core is making them stand out in the technology world, for now they are no longer considered solely as a mobile company. Indeed, these developments and innovations allows them to tap verticals such as energy, transportation, public safety and the like.

And what about the place where we were? We had such a great experience our first year as exhibitors. Lots of clients, mobile app developers and companies offering services for mobile app development companies approached us. We had very interesting conversations with all of them, we learnt a lot and got a lot of useful feedback from our users. Thank you for that, we've finished the Mobile World Congress experience with more new ideas than ever.

The App Planet pavilion was full of companies willing to meet clients and partners, and after visiting the Mobile World Congress for five years now, we can state that it was the year with more exhibitors in this part of the event.