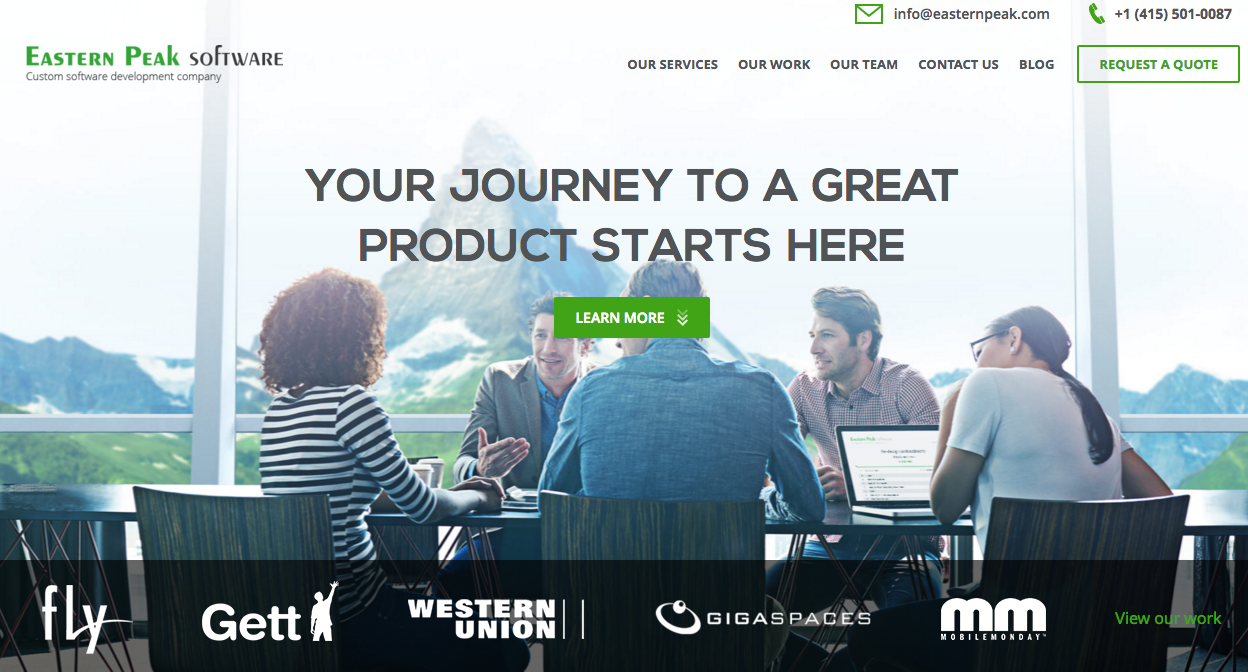 The CEO of Eastern Peak Software, a european top app development company, tells us all about his company, which employees almost 70 people. The company provides services from A to Z: from the business idea to defining the product, the best graphic design and finally, the best mobile app development and back office of the mobile app project. Eastern Peak Software offers the best product managers, graphic designers and marketing support after all the process.

The apps they have developed are focused on medical devices and transportation. They also have some apps for education. But they don't close any door to other industries. Eastern Peak Software strongly believes that crowd economy based apps are the next big thing in mobile.

Usually the projects that Eastern Peak Software develops take from 2 to 3 months, but they also have customers that have been working with them for years, and those have customized teams.

And why does outsourcing work? Alexey believes outsourcing mobile app projects means reaching the best talent possible worldwide. It is not easy to find the right people locally, and it can also mean that it is expensive, so it is a great opportunity for companies to cut costs.