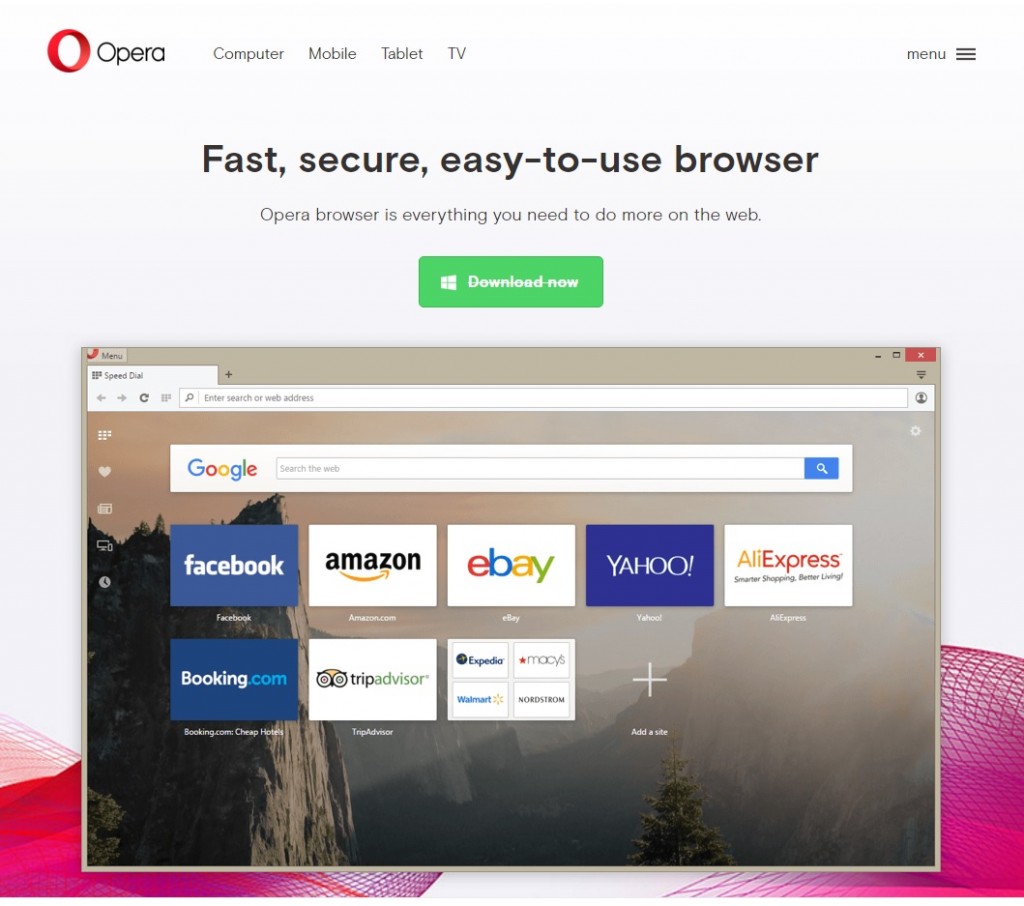 Bruce Lawson, Web Evangelyst at Opera Software, is our special guest in this mobile app development video interview series. Bruce Lawson started working in technology, mobile and web industry accidentally. The Web Evangelyst has written a well known book for all our mobile app development companies: Introducing HTML5 by Bruce Lawson and Remy Sharp. He also wrote a book about how to make websites accessible for people with disabilities and lots of articles about Opera, mobiles, devices, CSS, Javascript, HTML 5...

Let's see what Bruce Lawson has to say about Opera's plans for this 2016. Mobile app developers, beware of what he says, Opera is planning a new trend on mobile apps!

For those of you who still don't know Opera, Opera is a web browser and a compression technology. It's the oldest web browser still active, thanks to the compression that Opera offers before the data comes to you, the website comes fast, safely and affordably.

This 2016 Opera among other things is revamping desktop products and it's launching Opera Max which compresses all data in your device as well as videos and it also offers a layer of encryption, for example, your facebook passwrod will be used encrypted.

When we asked Bruce Lawson to compare Opera with other browsers, he told us that Opera is similar to Google Chrome or any other browser. They actually work closely with the Chrome team. Opera is the second biggest contributor to the software Chromium.

Opera for Android has a turbo mode that applies a 50-60% compression of all the stuff coming in the smartphone or any other device. This is an advantage not only for countries with less purchasing power, but for all the people that travels abroad and want to save some money when they have to pay for the data they use in another country.

So what is Opera starting? Opera, Google Chrome and Firefox are working on what they've called progressive web apps. Across all browsers in mobile devices (particularly Android ones), many mobile app development companies and freelance developers have a hard job getting app installs, it can also be expensive. On the other hand, there is the problem that a lot of people don't have enough space on their smartphones for all the apps available in the app stores.

So a new mechanism has appeared. With the progressive web apps, mobile app developers only create a website with a manifest (few kilobytes). It works already with Opera for Android and Chrome for Android. The user can add the website link to the home screen (it looks like a regular app in your smartphone screen), and the next time you want to access that app, you don't need to go to the browser. The user presses the icon and the app launches, but it's on the web.

With this new mechanism, UX design and great and useful features like geolocation, access to the camera or microphone's phone; progressive web apps match the dots between web and native apps. Opera for Android allows this apps to go full screen if the URL is HTTPS, if not, the user will see the URL at the top of the app (Chrome for Android allows all progressive web apps to launch full screen). This kind of apps also work offline (until now it was one of the greatest advantages of Native apps).

Bruce Lawson tells us more advantages about progressive web apps for developers: if you make a change to your app, there is no need to wait for the user to access a Wi-Fi network and download the newest version of it. The moment you update the website, the user will be able to see the latest changes once they launch the app again. Lawson gives us an example: Flipkart. This e-commerce company from Bangalore, India, shut down its mobile website a year ago, but they've now launched a progressive web app so everyone in India can access it. And it looks absolutely like a Native app.

And for all those mobile app developers that after reading this or watching the interview want to start developing progressive web apps. What recommendations does Bruce Lawson give us? Make sure the website works well without Javascript and looks nice, get the manifest (he wrote a manifest generator to crawl the website for the metadata) and have a HTTPS website.

Watch the interview to know all the details about Opera.

If you have some doubts about what mobile app development company to hire, read our blog post about the steps you have to follow before hiring the best company for your mobile app project.