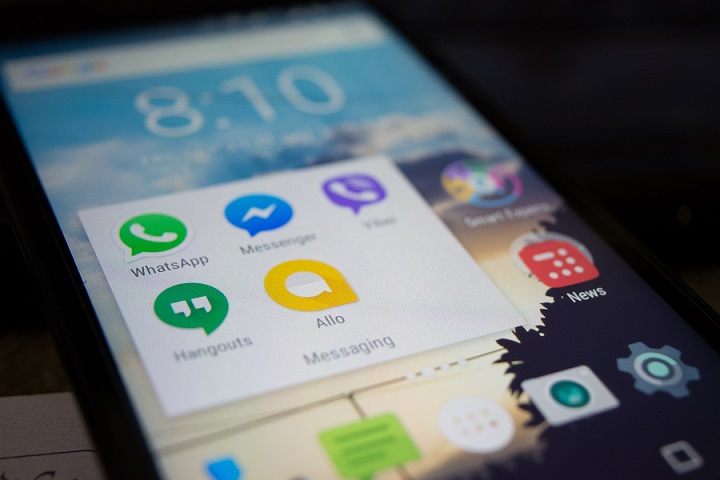 When text and SMS messaging first came out it was outright mocked by some people. Why would I send someone a message when I can just call them? Fast forward to today and it seems like the exact opposite is true. Nowadays people are more reluctant to engage in an actual real live conversation, rather using typed words and chat style conversations is the preferred method of conversation. Unlike vocal conversations, digital conversations can be delayed at will. Entire dialogues can be put on pause and resumed at a later time. The conversation can be traced word for word and everything is recorded on the chats history. Nothing is rushed, everything is remembered.

Text messaging used to only allow a single device to communicate with one other device at a time. This rang true for SMS services and the first wave of messaging apps. However, that quickly changed as adoption rates increased. Mobile app developers soon saw the potential and opened conversations up to groups of users. What started to develop was not only a discussion between two people but a conversation within a community. This notion grew rapidly and now people from different parts of the world can take part within the same discussion. Businesses studied this idea and were soon testing it as an alternative method of communication within their organizations.

Once the technology was stable and secure enough it spread like wildfire throughout the enterprise space. It has grown to the point where it is considered a mission critical tool for the majority of corporations out there. Messaging apps shrinks the business environment. Departments, divisions, offices and employees from across the globe can instantly communicate with each other. This goes far beyond simple communication and digitizing the watercooler talk. It is about providing a new way to train people, increase productivity and instantly share mission critical data. It is assumed that in a couple of years messaging apps will take a backseat to customer service and support apps (for the business space at least), but for now messaging apps are king.

Security is a hot topic all throughout the digital environment. Passwords, encryption, permissions and privacy are at the top of users minds these days, doubly so for businesses who have so much more to lose; money, the trust of their customers, the investments of their shareholders, and their reputation in the marketplace. Messaging apps are not immune to this scrutiny, especially the complexity of such apps increases and users can do much more than just send a message on them. Today’s messaging apps allow the user to engage in ecommerce, send money to their contacts, view secured websites and log on to social media.

Sadly, not all messaging apps are created equal. Some have phenomenal security that can even stump some of the world’s best law enforcement agencies, while other apps have security that can only be described as abysmal, or nonexistent. The best of these will have end-to-end encryption which protects messages being sent on both ends of the conversation, both the sender and recipient. There will exist options to delete not just the message, but entire conversation histories. Seeing this need and outcry from users who demand better security, a handful of messaging companies stepped up to meet the challenge and have integrated some truly remarkable security features on their apps.

Facebook is the world’s largest social media platform, it is the largest repository of photos in the world and its messaging app, Facebook Messenger, taps into its user base of hundreds of millions. Needless to say, Facebook implemented the best security standards and technology that they can get their hands on. This included integrating many of the security features from WhatsApp which it owns (but is technically also its rival). End-to-end encryption for both text and voice messaging can be had through a feature known as Secret Conversation. On top of this Facebook also allows the user to set a timer, at the end of which will delete the contents of the Secret Conversation. For those select few who do not have or want a Facebook account, the afore mentioned WhatsApp and Viber are both safe and viable options, with WhatsApp edging out the competition on a global level.

With the popularity of messaging apps everywhere it may be tempting for a budding developer to get in the game and create their own breakout messaging service. But do they know exactly what it takes? As previously noted, not all messaging apps are created equal, and to create a messaging app that people will actually use and spread will require more than just a quirky name, slick interface, stickers and emojis. They will require a host of attributes that will provide the user with security, stability, connectivity and functionality. Before they worry about looks, developers will need to get the bones, muscles and organs of their apps right.

Starting with security means that the developer has the user in mind. In fact, security is such an important matter in today’s landscape that it should be a developer’s primary concern. User data and conversation histories including multimedia should be safeguarded from the prying eyes of snoops and cyberattackers. People would be surprised at how much of their very personal information is recorded in their online conversations and it is imperative to make sure that no one else has access to them. Connectivity is the next focus. This is logical since this is a communications apps and the goal should be the real time transfer of information. Without solid, stable, clear and fast transmission of data, user frustration will surely mount.

With the infrastructure settled, the attention can be then turned to the features of the messaging app. Group conversations is what really put messaging apps on the map. Users should not only be able to message each other but also share files, media, documents and more. Voice and especially video calling should be included. While messaging is the most popular way to communicate, a call or face-to-face is sometimes needed. Reduce the users urge to use another app by providing the option to do so natively within the messaging app. Social media has played an incredibly large role in the lives of people everywhere throughout the last decade and this trend is likely to continue which is why the messaging app should integrate aspects of social media. Features like presence indicator and location sharing allows contacts to know when and where the user is online.

For the longest time the de facto method of communication for businesses has been email and to a certain degree this is still true to this day. However, more and more companies are starting to make the switch to the more nimble and agile messaging systems. The changing of the guards is slower when it comes to the enterprise space due to their requirement for stringent security and record keeping. And, while apps like WhatsApp, Facebook Messenger and Viber are popular among personal users, businesses are a bit wary at using them. The developers of Slack saw this and purposely built a messaging solution for the enterprise space. Slack uses interfaces and chatboxes that employees are familiar which means that there is veritably no learning curve. Slack allows employees to connect with their peers, other departments and their management team. Users claim that it increases productivity since everything is logged in a running history, removing the need to dig and dig through heaps of email archives. Even the overall dialogue of the conversation is improved since the need to exchange pleasantries and formalities has been removed. It is as if employees are constantly jumping in and out of one long but ever running conversation.