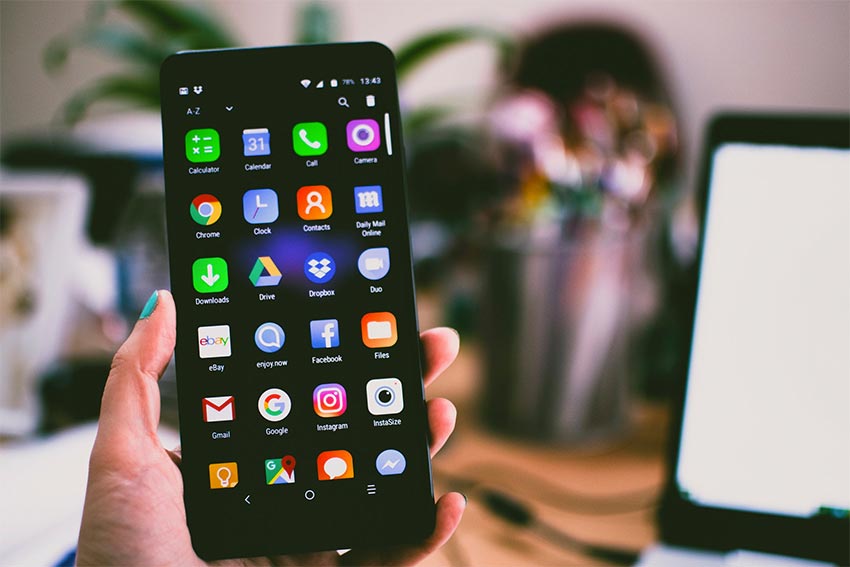 People regularly carry their mobile phones wherever they step out of their house, so having the option of online shopping in their devices adds one potential way of making lives simpler.

No doubt, mobile apps have taken a seismic shift as it has been growing years-on years. According to the research, the global mobile e-commerce revenues was 184 billion U.S in 2014 and are predicted to reach 669 billion U.S. dollars in 2018.

That’s the reason mobile app developers are no longer depend on in-app purchases to monetize their apps and started focusing on banner ads and native ads. According to a Harris study, 95% of the U.S. population prefers free apps, according to affluent consumers, this percentage has increased i.e 96% of people prefer free apps.

In the year 1994, the first banner ad was published for AT&T by McCambley and that first-ever online Ad didn’t feature the logo of the advertiser. On the basis of the Nielsen study, display ads helped businesses to grow 26.3% globally because of this reason Asia-Pacific and Latin America adopted display advertising 33.2% and 48.2%, respectively. 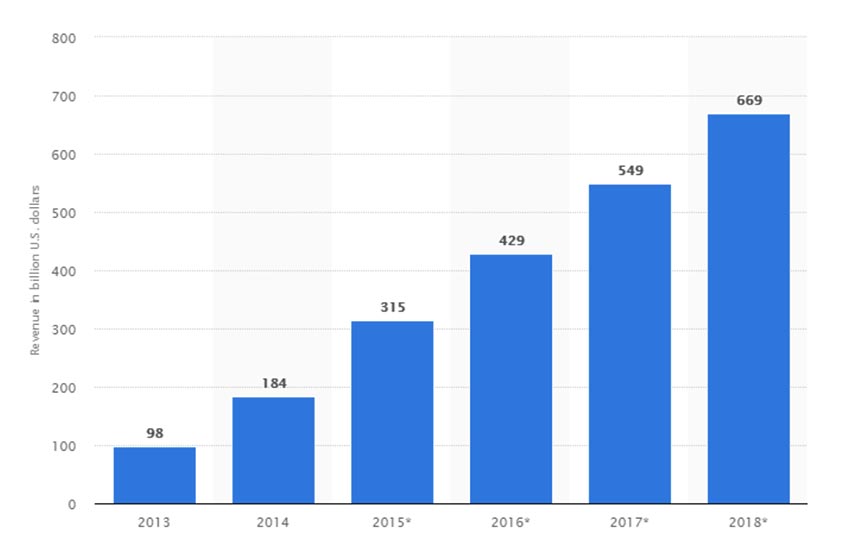 Yet, despite this success, the question, how to monetize mobile app still a concern of many mobile app developers. In this article, we are going to discuss four basic ways to try to make money as a developer i.e.

While the first option is well known and unambiguous but at the same time, it’s a most difficult method to achieve success. Most of the successful app available for purchase are basically of games from popular studios or fortune five.

Before discussing above mentioned points in details, let's discuss what exactly mobile monetization is?

What is mobile monetization: how to make money with apps!

Coming up with an innovative idea for your mobile app and making that vision into a reality is just the establishment of app. Even if your mobile app has been live, it’s never too late to monetize the mobile app! App monetization is exactly the same how its sounds like: how to get revenue from an app.

Choosing the best monetization strategy which is suitable for your mobile application can affect development and affect both revenue and user acceptance.

How to choose correct monetization model for your app

We should not blindly follow the common monetization guidelines. While developing an app monetization model, an app owner should ask himself a few questions at the starting point:

It's a phenomenal way to monetize mobile application in the meekest way. Now users don’t have to deal with ads as most of the companies are integrating additional features in their mobile apps that are available for a price and users can purchase if they consider it necessary.

Usually, users are more likely to download the apps that are free, which means companies have a substantial opportunity to increase the conversion rate by offering engaging additional content at their desired price.

Another benefit of In-App purchasing, for mobile app developers perspective, is that it is very easy to set up an app with in-app purchasing on the iOS operating system, for example, users can purchase whatever app they like only tapping a few buttons with their finger.

According to the research reported on last year, in-app purchases have become the greatest revenue driver for apps, this method has kindled 76% revenue in the App Store in February 2013 and more than 90% for many Asian countries.

Despite these benefits, in-app purchasing comes with few disadvantages that are in this business model, many people question the ultimate sustainability of. Mostly in-app purchases are made by a small section of the user base of a particular application.

Software developers who use this method have limited opportunities as there are few people who spend money on the app. And if these people suddenly move onto another app, the app will dramatically lose profitability. So before depending on in-app purchases, keep in mind that it not a guaranteed money.

However, the other methods are a topic of debate and offer flexibility and options to brands to gain huge recognition. When we talk about ads, banner ads have ruled over native ads at the app space but we can’t ignore the power of native ads as it has been gaining adherence and attention by many to take the flight soon. When it comes to In-app purchases, some users have adduced that apps that offer them aren’t really free.

The roots of native ad’s stretch back a century, at the time when newspapers and radio stations were the main sources of advertisement, Native ads shout out its presence amazingly.

Native ads appear as a part of the design of the web page on which they are placed. It commonly visible as sponsored posts in social media news feeds or as listings in search results on search engines such as Google or Bing.

Initially, native ads caused controversy as masters think that it would cause journalism to collapse. But in 2013, the ASA in U.K. issued act that the new practice of native fell under the existing “CAP Code”.

Now native advertising has become a popular method of introducing brands in front of audiences. By showcasing winsome content that aline with theme and style of businesses can effectively attract the new audience and enhance visibility for their brands. Viewers not only watch native ads but also pay more attention as compared to banner ads.

According to the sharethrough study, 52% of people easily understand native ads and they also contribute to uplift brands than display ads. Also in 2016, native ads hold 56% share of online advertising in the US and predicted to rise to 74% by 2021.

Master of Native-ad Conno Christou, commented that the world’s largest social media platform - Facebook is a master of the mobile advertising industry and expert in using native ads and recently Twitter also started using it to increase its users.

Before investing in native ads, you'll need to understand exactly what native advertising is and how you can use it to get the best possible online visibility.

Banner ads are the image-based popular form of website advertising. It helps businesses to promote their brand and/or to get visitors from the host website to go to the advertiser’s website.

Basically, banner ads are intended to generate traffic through a website by connecting it with the deal.

This advertising method is also known as display ads as it consists static images, animated images or media. Banner ads more attractive than the native ads and help brands to reach their target audience, generate leads and re-target an audience. These ads are quite similar with

Traditional advertising, only the method by which advertiser pays the host is different. In the banner ad the host is paid through one of three methods:

Today, the average click-through rate for a banner ad is less than 1% but the first AT&T banner ad recorded an astonishing 43% CTR. These ads are completely external to the app and feel spammy to the users.

How does Banner Ad work?

Banner ads work the same way as a physical banner outside a shop, both aim to make customers enter in the shop by revealing the great discount on a specific product or launch of a new product that sparks curiosity.

The main aim of banner ads is to generate traffic to a website by linking it with the specific deal. But while designing these banner ads you need to focus on its content and overall structure otherwise it won't work according to your expectations.

In this dynamic industry, nothing is ever set, but in this advanced pace mobile app users are growing and become more advanced so mobile app developers should ready with the solutions that make their users happy and quenched as possible. What do you think? Which monetization format will win the mobile revolution?

Will Presence Of A Website Help In Enhancing The Business In 2018?
Why Should You Focus On On-demand Service App Development