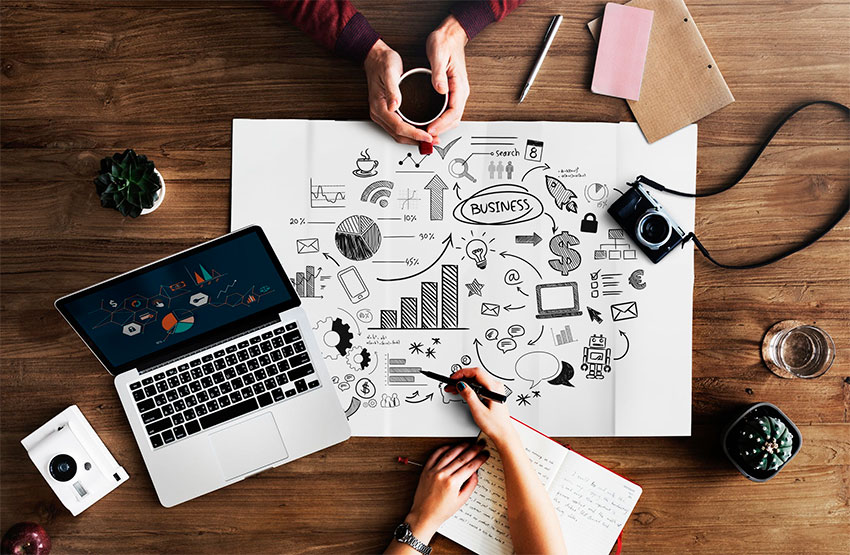 In this Hyper Competitive World, the various industries around the world are investing their huge capital in technology, research and innovation not only to enhance their product functionality but also to improve their daily operations which could provide an edge over rivals in the market as well as satisfy the increasing customer demand instantaneously.

Considering this notion in mind, the Business pioneers around the world, are focusing more on Mobile App Development procedure, because of they quite aware that it would be a better approach to interact with clients in one go, just as Mobile technology is evolving day by day. In the present scenario, all customers would like to get information at a single touch on their mobile. This is why, various companies, whether they are a small or big one, are designing their strategies for developing responsive Applications for their business users.

If you look at it, various frameworks pertaining to mobile applications are easily available, but one which is gaining popularity these days, that is React Native. Before the advent of React Native Applications, organizations need to design applications for both iOS and Android platform. The tragedy was that they both need different programming languages for coding, but with React Native Approach, this scenario ends here. Your developer can write code in one language .i.e. JavaScript and port that on various platforms.

Focusing on the significance of React Native over HTML5, Mark Zuckerberg, an American technology entrepreneur, says, “The biggest mistake we made as a company was betting too much on HTML as opposed to native".

Similarly, a report published by Market Research Future The Mobile Application Market is expected to reach approximately USD 165 billion by the end of 2023 with approximately 14% CAGR during the forecasted period from 2017 – 2023.

Here, in this latest write-up, we’ll show you some perks for hiring a react native app developer if you are considering taking on the latest mobile project for your organization:

Saves Your Time and Capital

Basically, various programming codes are made for cross- platform, which means they are compatible with both Android and iOS operating systems and developers had to design only one app. This not only saves your precious time for a development process but also saves your capital for your future investment. Apart from this, updates and maintenance are made at the same time, which reduces future cost once the app is launched.

A Way to Better Performance

If we talk about the performance of React Native Applications, they work exactly like native applications that are designed specifically for iOS and Android platform. They are fast in nature because the programming language is well optimized for Smartphones. Similarly, React native apps take benefit of graphical processing unit instead of a central processing unit. All these stuff make them much faster than cross-platform hybrid technologies.

When it comes to a type of interface that is widely used in React Native Applications, make it simple for various developers to reach where someone left off and continue building. This scenario not only increases the flexibility for your developers but also helps them to update mobile applications in a rightful manner. Apart from this, the testing scenario becomes an easy ride for your testers as well.

Various Frameworks to Move On

In the nearby future, if you are thinking to move your Business applications onto another development framework, then your dedicated App developers don’t need to write programming codes from the scratch. They can derive the application from the react native and place it into an android studio or some other development environment.

Enables You to View Changes

React native also features live reloading and hot reloading that helps a developer to instantly view the changes that are made to the programming codes. This provides a great benefit to the app developers due to the virtual feedback.

Updating Apps in a Quick Way

At first, publishing updates for applications used to take a lot of time, requiring app developers to move through an entire process again for each app, but with react native solution, this procedure is getting simplified. Not only both applications can be updated simultaneously, but the whole procedure becomes simpler and can be performed in a much faster way. There won’t be a need to update the applications through the app store and have them approved by android or apple.

A community of App Developers

React Native is an open-source JavaScript platform where every app developers are free to contribute to the frameworks, which is quite easily accessible for all users. So at this point in time, you can fully utilize the benefits of community-driven technology.

Simple User Interface for You

The React native solution also provides a simple user interface for mobiles. It offers responsive designs along with the time that is taken while loading.

The React native also provides support for third-party plugins through a couple of options that consist of native modules as well as JavaScript modules. As a result, if you implement a map in your app, react native enables you to do so by connecting the plugin with a third party module.

Helps You to Rewrite the Codes

With react native technology, your app developers are not needed to revamp their code entirely. Instead of this, they may create components, rewrite and assemble the code in an easy manner.

Summing Up the benefits, it would be right to say that preferring React Native App Development for virtual platforms would be a wise move by Business users if you really want to reach your customer in a quick manner just as technology is advancing and reaching on their palm in the form of smartphones. In addition, by leveraging the potential of React Native App Development you not only save a huge amount of money but also deliver new quality with a fast-paced and agile manner.

Faiz is the Technical Content Writer at Coding Brains. He interacts with multiple different development teams in Coding Brains and writes amazing articles about new technology segments company is working on. He also interviews clients and prepares vi...