AppFutura
Published on May 01, 2017 in App Development 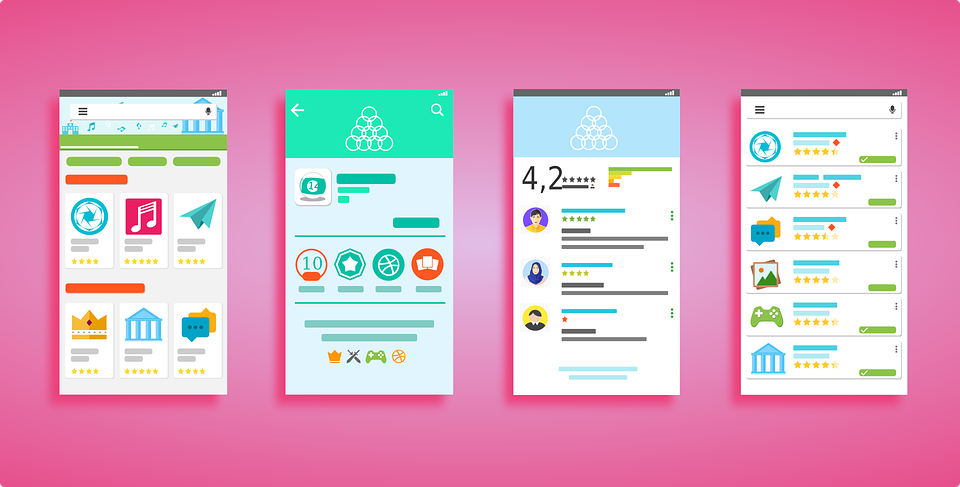 For many mobile app developers, regardless if it’s their first time or their hundredth time, releasing the app that they have been working hard on for such a long time can be very exciting and relieving. The time has finally come to set the idea loose in the marketplace, to see how it is received and what possibilities will arise. Of course, those that have already gone through the launch process know that there are hurdles to overcome before finally crossing that line and publishing the app in the Google Play Store. Familiarizing yourself with these items and how to deal with them makes the process that much quicker and easier.

Launching an app can actually be quite an ordeal for some people. The hoops you have to go through, the formalities and regulations that need to be endured are enough to dissuade even the most ardent mobile app developers. However, by taking stock of the situation and systematically going through the checklist, by breaking things down into smaller, bite-sized chunks developers can ensure that they hit every step and successfully launch their app into the Google Play Store.

As with most things in life, it begins with a fair bit of reading. For all intents and purposes, the Developer Program Policies are the law of the land. Read it. Understand it. For you would not want to violate it in any way. There are significant repercussions to violating these policies from stern warnings to having your app pulled from the Store. If you are planning on launching on both Google’s and Apple’s platforms then you must read and follow the guidelines for each. While there is significant overlap in their policies, do not for a second believe that they are one and the same. There are subtle differences between the two, but will nonetheless carry repercussions if not adhered to.

Then it is time to spring into action, and the next logical step would be to sign up for a Developer Account. Treat this like any business document by providing up to date, valid and correct information about yourself, your company (if you have one) and the app. If you will be selling products through the app, then sign up for a Merchant Account. Now take a pause and don’t rush to release the app right away. Yes, income and traction are important but so is making sure that the app is responsive on the platform.

Build a release ready APK and then upload this to alpha and beta channels so that it can get some real-world usage before the masses have their way with it. This way you as the mobile app developer will be able to get some valuable insight on the apps performance when used in the real world. These mobile app tests will generate pre-launch reports which may reveal any bugs within the program or in the interface with the platform that can be remedied before the app is really put through its paces. Be sure to test for as much variables, factors and elements that you can, from device compatibility to customer service.

Speaking of the latter, pay attention to the feedback of the testers. These are app fans and part of your target market. Be responsive, hear them out, adjust the app accordingly and you may just turn them into advocates for your app. Some see testing as a waste of time and resources, but it is actually a very important step in making sure that the app being released is the best that it can be. This phase not only serves as a test to make sure that it is functioning correctly, but that it is also in compliance with the guidelines of the platform.

Be sure to cover the financial side of your app endeavor before launching it to the public. Integrate Android Pay, which can be done through the Google Play Developer Console. Determine the revenue structure of your app. Will it be a paid app or will it run of a freemium model, where the initial download is free but users can also make in-app purchases? Also set the countries where you want your app to be available in. Determine which age categories the app is for. And finally, do not overlook the taxation portion of the set up. Once you launch a revenue generating app, you will be a business unto yourself (if you aren’t one already). Do not give the government a reason to shut your app down and/or seize your assets. Enter the correct tax information and pay your taxes.

Now that the backend has been taken care of it is time to position and promote your mobile app. There are many amazing apps that never make it big. This is mostly due to a severe lack in marketing and salesmanship. Your apps’ store page on Google Play is its face to the public. Invest a significant amount of time and resources into making this page the best you can possibly make it. Include detailed descriptions, graphics, videos and screenshots that are not only representative of what the user will experience, but will also entice them to try it out. You can try going for something original or search for some of the top games in the marketplace and use their format and content as a template for your app.

By this point, the time to launch is within sight and there just a couple of points to hit beforehand. Include a privacy policy. Seems like a silly thing to do, but it will go a long way towards building trust and rapport with your user-base and potential customers. Determine which devices the app is compatible with. If you are planning on simultaneously releasing the app on multiple platforms, ensure that the app is compliance with all rules, regulations and guidelines before proceeding.

Launch. Go ahead you’ve earned it, and if you believe that the app is 100% ready for the public to view, use and discuss then go ahead and release it to your audience. But do not rest on your laurels just yet. There is still much to do post-launch.

Not many people like the idea of marketing and selling, but it is essential to the survival of the app. Getting the word out there, informing and educating people about the app is crucial to its long-term success. Getting in touch with bloggers, testers, industry insiders and app evangelists would be the best case scenario as they will act as advocates and amplify your reach. You can also dabble with ads to get your app literally in front of people. Sponsored ads are great for this as they allow a great deal of control as to how far you can reach and the amount of money you can spend.

Remember that the goal is not just to successfully launch an app, but to have a successful app that is around and relevant for years to come. With the long game in mind, be sure to constantly be in touch with your users. Respond to their feedback, for they provide information about the app and its usage in ways that the publisher or developer would have never fathomed. Finally, remember to keep iterating. No one likes a stagnant app, and updating your app ensures that you not only keep things interesting for the user, but that you are always trying to improve the quality of use for your app.