Keep your app from draining the battery of the users 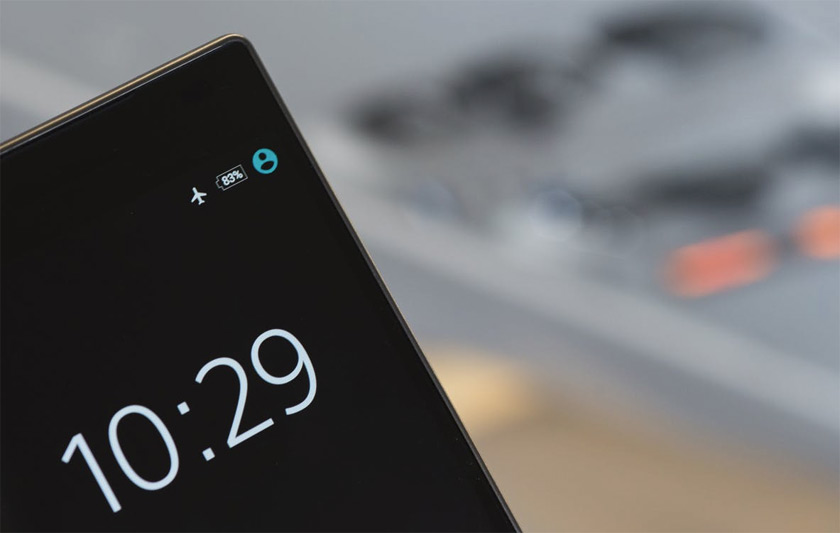 There’s no shortage of amazingly powerful tasks that can be accomplished in mobile apps today. Compared to the apps produced only a few years ago, today’s mobile applications seem to reveal completely new horizons with respect to user engagement, efficiency and overall performance. That being said, with an increase in sophistication often comes one of the most undesirable elements of the modern mobile app experience: battery drain.

For many mobile phone users, there’s nothing more frustrating than downloading a new app only to find that their phone battery simply is not capable of withstanding the intensive drain placed on it by this software. Particularly when it comes to apps such as video games and other resource-heavy products, it’s entirely possible that customers will completely avoid a download or purchase if customer reviews or feedback indicate that it will take a toll on their battery.

Fortunately, not all is lost. Knowing that mobile app developers have an immense load of tasks to juggle at any given time, Google has incorporated a host of new features into Android O which will allow for significant insight into battery drain and potential solutions for this problem.

Even if you don’t have access to Android O, however, there are still several easy fixes that you can implement in order to ensure that your mobile app doesn’t become a notorious battery killer. Here are some of the most popular:

PAY ATTENTION TO THE BATTERY MENU

As is common with Google, the company has created a new series of battery saving standards which mobile app development companies within the Android framework will be strongly encouraged to follow. Among these standards are several restrictions which are guaranteed to optimize battery life. Some of the most noteworthy among them include limitations on the frequency with which an app can ask for a device’s current location, as well as inter-app broadcasting. For example, when a user takes a picture with a phone, it is quite likely that several other apps will receive information about this action. This, of course, is a major battery drain over time.

Those who are using Android O now have the option to observe both foreground and background app usage in order to see precisely what the app is doing in an active and passive state. For app users, this information will likely add a much needed degree of transparency that has long been sought out in the app marketplace. For mobile app developers, this also instills a new degree of accountability. Knowing that customers will have a new degree of access to battery information, Android app developers will not be able to hide inefficient battery operation like they have previously.

Although mobile app developers have long been preached regarding the merits of multi-device app testing, there is little current discussion as to why this form of pre-release analysis can help optimize battery life.

Knowing, for example, that a new app consumes significantly more battery life on older generations of phones may lead app developers to compromise on certain aspects of performance in order to ensure that they do not inadvertently exclude a significant portion of their target demographic.

Of course, feedback provided by end users will also prove to be immensely valuable, particularly for mobile app development companies who may be planning updates to a previously released product. Customers are often quick to respond when they discover problems or frustrating quirks in their app purchases. No matter how annoying it may be to address these concerns, app developers can stand to learn a lot about their own product from consumers who use it on a regular basis. Ultimately, this type of feedback recognition is just good business.

KNOWING HOW TO TEST WELL

There are a number of apps available to mobile app developers today which allow for fast and accurate battery usage testing. For example, the GSam Battery Monitor allows app developers to rapidly reset testing cycles while observing battery drain, overall app power usage, and app power usage in situations where a battery is at specific charge levels, among other features. As an added convenience, all metric data can be exported and shared quickly and easily with dev teams.

CleanMaster is another popular alternative that has attracted a loyal follower base in recent years. Thanks to an extensive notification system, mobile app development companies can monitor precisely how their app is engaging with their battery and can receive instant reports for occurrences or events that app developers want to stay on top of.

Both Clean Master and GSam Battery Monitor represent alternatives to the onboard battery monitor already provided by the Android development platform. Given the fact that this is pre installed on virtually all Android devices in existence, both Android app developers and customers alike can use this tool to monitor and observe battery drain at all times.

KNOWING WHEN TO MAKE SACRIFICES FOR THE GREATER EXPERIENCE

No matter your ambitions or goals when designing a mobile app, the simple truth remains that there must be a device available to consumers that is capable of running it. There exists a widespread array of Android and iOS devices that are actively used in the marketplace, each variety of which is capable of varying levels of processing and performance.

If your goal as an app developer is to elicit the greatest, most powerful technical response from today’s leading mobile hardware, then compromise is likely not needed. However, if you are serious about connecting with the largest possible audience and, in turn, reaping the largest possible profits from your app, then you will need to understand when it’s time to reign in ambitions and curb the technical aspects of your app to meet your customers halfway. As a mobile app developer, such ‘sacrifices’ are likely quite annoying. However, given the stiff competition in the app marketplace today, anything that can be done to boost sales and customer retention should be embraced wholeheartedly.

Sometimes, knowing that an app already in existence is a huge battery drainer will allow you to observe its performance and, hopefully, learn from its mistakes. Some noteworthy examples of battery-draining apps today include, ironically, many wildly popular products. Snapchat, for example, is seriously guilty when it comes to battery drain. In fact, according to every survey ever undertaken regarding battery usage, Snapchat is the most inefficient social media app in existence today. Tinder is also another example of a hugely inefficient app. The constant geographical tracking and always-on background usage are a staggeringly large drain phone resources.

Both of these apps offer powerful lessons to mobile app developers, one of which may be surprising given the content of this article. If an app is popular and “needed” enough, customers are willing to put up with annoying battery drain. However, the caveat here is that very few apps will likely ever reach this level of popularity. Secondly, app development companies should pay attention to the overwhelming background usage occurring in both of these apps, which is one of the most significant contributors to their overall inefficiency.

Hopefully, the information presented in this article will allow you to move forward with your development is as resource-conscious a manner as possible. Ultimately, this is not just a matter of clean design, but rather an integral component of keeping customers feeling happy and loyal. With a bit of extra effort, battery efficiency can be greatly improved in virtually all apps being developed today. Good luck!

How did mobility weave its way into fitness?
Grace your business with an Android app developer as a partner