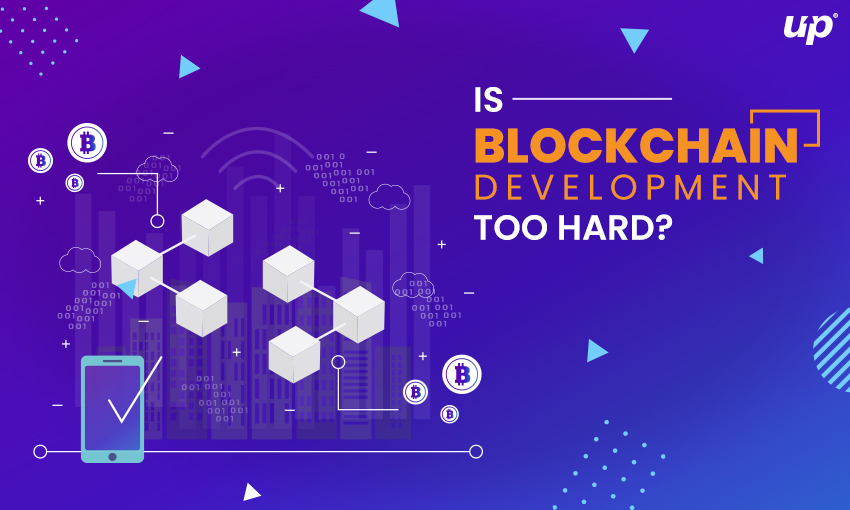 Is Blockchain development is really hard? If yes, then what’s the reason behind it? Let’s try to find out.

Inevitably, Blockchain developers seem to be a limited breed of programmers. Numerous organizations are attempting to headhunt them down. Though the distributed ledger technologies have been around for a long time, “it’s still early to get in...” as per Haseeb Qureshi, a public speaker, and writer.

Therefore, if you anticipate yourself as a Blockchain Developer, we have prepared a few quick observations into the exhaust path of becoming one. Yes, it not so easy. These are some key things to prepare yourself. We will talk about them later, let’s just go through a brief introdcution of Blockchain.

A Brief Introduction of Blockchain

Blockchain is basically a data structure that is associated with a set of algorithms for saving, distributing, and accessing data. Dissimilar computer programs make use of the protocols of Blockchain Technology to ensure that the complete information/data is accessible in a secure manner. The cause behind calling it an absolutely dependable network is due to its distributed architecture. The technology validates and carries out the transactions, including documents, contracts, cryptocurrency, and more. There is no necessity for any third party in executing any sort of transaction, making it one of the popular innovations among organizations all through the world.

Things You Should Prepare For Before Blockchain Development 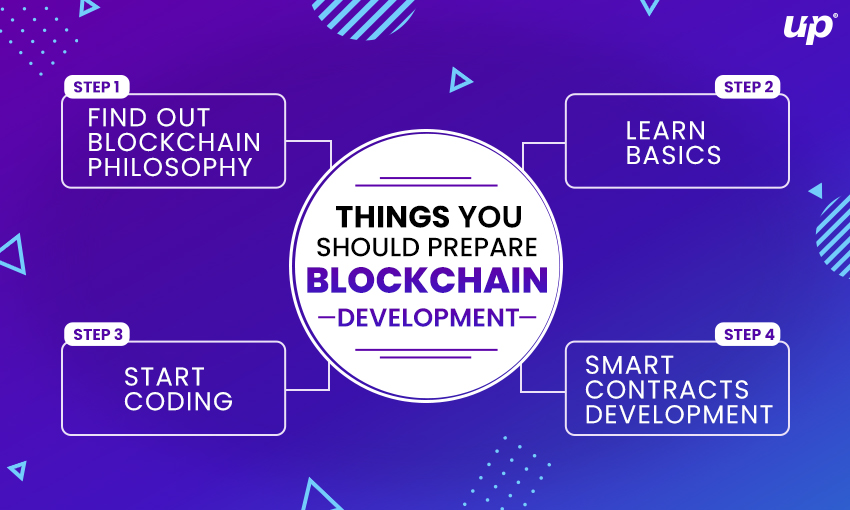 It is recommended to read some good books, and have a thorough understanding of Blockchain. You can read “The Internet of Money”, by Andreas M. Antonopoulos. There is sufficient literature explaining how Bitcoin and Blockchain technology operates. But, you need to find out why they exist in the first place. You can even get familiar with Satoshi Nakamoto’s vision.

Blockchain is revolutionary and complicated, hence seems tough to grasp. However, you should not be afraid of learning its fundamentals. Distributed Ledger Technology (DLT) is based on four fundamental principles that every Blockchain development team should know. These are cryptography, peer-to-peer networking, distributed systems, and game theory.

The basic concept of Blockchain is decentralization, mining, and consensus mechanism. It is a chain of immutable blocks that are cryptographically secured. The first hash of each block is similar to the last hash of the previous block.

Apart from learning these terms, it is essential to distinguish three states of specific assets, i.e. utility tokens, securities, and cryptocurrencies. Read the book “Cryptoassests: The Innovative Investor’s Guide to Bitcoin and Beyond,” by Chris Burniske and Jack Tatar.

There are three crucial characteristics of Blockchain, including security, performance, and isolation.

While Ethereum has a programming language, Solidity, it provides various programming choices, such as Go, Java, Python, and more. It is Solidity that allows writing the smart contracts on EVM (Ethereum Virtual Machine) for building new tradable tokens. The tokens should utilize a standard coin API called ERC20. It should make contracts compatible with any exchange, wallet, or other contracts, automatically.

Note: In case you get stuck in any of the steps, you can contact to Blockchain development companies.

Undoubtedly, there is more to Blockchain technology than the brief description I have given here. There are public and private Blockchains, a wide variety of applications, etc. Therefore, the more you try to learn, the more understanding you get of Blockchain and its development. In addition, if you are looking for a development partner, then Fluper is a one-stop solution for you. From Android, iOS, to iPad app development, we are a one-stop solution for you. We offer a list of benefits, including:

Description: Though Blockchain is new on the market, it has already become one of the well-known technologies among businesses. However, Blockchain development is too hard. Why? Read the article!

How Artificial Intelligence Can Transform Food Industry
Progressive Web Apps (PWA): What you need to know

The Future of Blockchain in Recruiting