BlackBerry, the OS that was once a $20 billion company and dominant in the business world, seems to have lost its direction since two years ago. In this time, the company has made several changes on the OS and the managing team, but with no results. Predictions for the group are alarming: BlackBerry's global market share is expected to fall from 0.8% to 0.3% by 2018, and they will ship 50% fewer units this year than last year. BlackBerry’s perilous situation was reinforced on March, when a fourth-quarter net loss of $423 million was reported, bringing the loss for the company’s fiscal year to $5.9 billion. Quarterly revenue fell to $976 million, a 64% drop compared with the same period a year earlier, and annual revenue declined 38% to $6.8 billion.

It looks like BlackBerry will practically disappear from the global market within the next five years. However, it’s still one of the favourite smartphones for business and enterprise solutions, which is translated as a strong brand name. But the panorama may turn darker with the alliance of IBM and Apple: the business giant and the biggest software brand signed an agreement to introduce Apple’s phones and tablets into the business world. In the last years, Apple has been the leader of consumer market, but its devices have been more focused on providing content for users, not for enterprises. Now, the new devices will focus on business productivity and will bring a hundred apps developed by IBM together with Apple. If everything goes right, Apple devices will become the main working tool for enterprises, which are very bad news for BlackBerry. 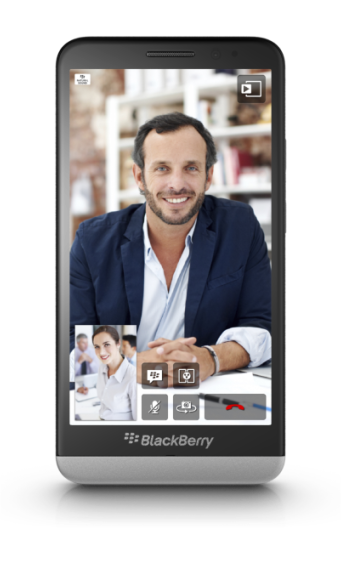 The future of BlackBerry

BlackBerry 10 was launched in March 2013, but it wasn’t as successful as they expected. It was already too late and handset sales kept falling quarter after quarter. Actually, on BlackBerry 10’s first anniversary, BlackBerry’s US market share hit 0%.

The company needed a change, and John S. Chen was named BlackBerry’s CEO on November 2013. He arrived with new ideas and a new plan of action: he’s turning his attention to the troubled company’s future, and wants to make sure that BlackBerry is here to stay. Nevertheless, BlackBerry still has an important presence in emerging markets such as Indonesia, South Africa, Nigeria and the Middle East, so on May they launched BlackBerry Z3, a low-cost touchscreen smartphone specifically for Indonesian customers. It was the first phone launched since Chen became the company’s new CEO.

Anyway, things look tough for BlackBerry: in the future, Apple and Samsung will continue to dominate the market. Both Windows Phone and BlackBerry 10 are trying to build a competitive app ecosystem, but most developers focus on leading platforms iOS and Android. Samsung is expected to maintain its overwhelming lead with 78% market share in 2018, while Apple will have a 14% share. In its last earnings report, BlackBerry said it only sold 1.9 million total smartphones on the quarter, and most of them were BlackBerry 7 devices targeted toward emerging markets. This means BlackBerry probably got a 0% market share in the US over that period. Apple iOS had 48% of mobile phone operating systems (clearly benefitted from launch of the iPhone 5S and 5C just a couple of weeks before the quarter started), while Android had 46%. Windows, Blackberry and non-smartphones each accounted for less than 3% of activations. Most of US smartphones subscribers use Android (51.7%), closely followed by Apple (41.6%); with much lower percentages we find Microsoft’s Windows Phone (3.2%), BlackBerry (3.1%) and finally Symbian, with just 0.2%. For the first time, Windows Phone controls more US smartphone market share than BlackBerry, though Windows Phone’s market share in the US isn’t budging a lot anyway. The two leaders are clearly Android and Apple, and they don’t seem to have real competence from the rest of OSs.

Is it worth developing for BlackBerry?

Under Chen’s leadership, BlackBerry started showing signs of following a specific plan and revitalising, but one thing didn’t change: their commitment to developers.

BlackBerry offers a completely risk-free environment, with fully engaged support and tool options to develop apps. For developers, the problem comes after publishing the app; for them, being successful may be measured in terms of money earned, number of downloads or a high rating for their app in the BlackBerry World app store. But the truth is BlackBerry’s current status in the top markets doesn’t help: there's not a lot of incentive for developers to publish apps into it.

Although BlackBerry is still a best-selling handset manufacturer in some emergent countries and regions, it must improve its standing in major markets to be interesting enough for developers, because it’s not easy to target those specific markets. Some think the main reason for low device sales in key countries is the lack of apps, but maybe it’s the other way around: more device sales - more users - more profit for developers – more apps.

There are some important parameters still missing from the BlackBerry platform, which might be keeping many developers from migrating or adopting to BB 10. But they should also keep in mind that BB 10 is one of the newest OSs out there, so there’s still a lot of room for growth. And BlackBerry is still a leader in enterprise solutions, so it seems that there can be potential for BB 10.

On the other hand, thousands of apps from Amazon's store will be available on BlackBerry 10 phones this fall. BlackBerry has been trying to find traction with its latest smartphones, but its lack of exciting and quality apps hasn’t helped. So, the company has finally decided to bring over more than 200,000 Amazon apps to its phones. By developing directly for Amazon, apps will work both on BlackBerry devices and on Amazon's line of Kindle Fire tablets. Access to Amazon's store will be a part of the update to BlackBerry 10.3, which is planned for release this fall, though we still don’t know if the entire Amazon Appstore will be available for Blackberry users. BlackBerry's app store stopped selling music, movies and TV shows on July, but BlackBerry users will still be able to download third-party apps that offer these things.

BlackBerry opens its software for developers