Importance of Progressive Web Apps in 2019 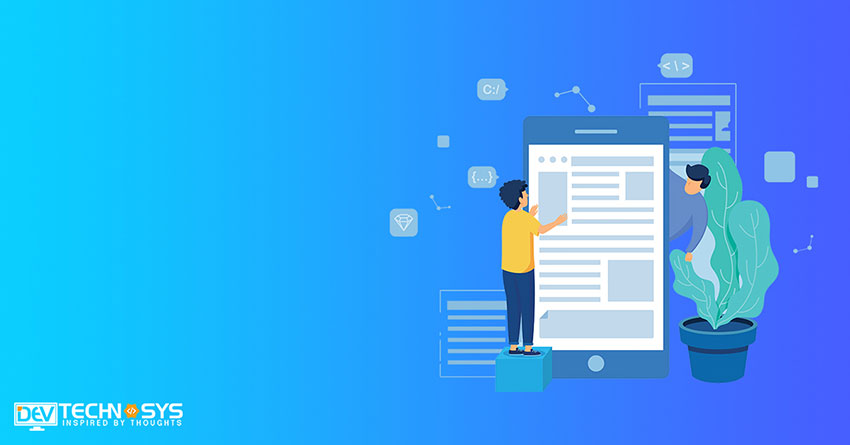 Almost every business is routing its marketing skills towards mobile devices. The reach to the mobile devices of users establishes hold that is more powerful over the mindset of the consumer. Earlier, the question was if they should do it, which has shifted bit leftwards to how they should do it. For implementing your mobile-based marketing strategy, you have three ways to go. First is to build a responsive website, native app development and third is to build the progressive web app. Today, leaving behind the native app, the industry is moving towards the progressive web apps. However, the PWAs do not decimate the immersive experience and reach of native apps, rather offers speed, engagement, reliability, and performance with the perfect fusion for futuristic solutions.

To support PWA, it has a range of powerful tools which are as:

React is the powerful platform for the core work. It is managed and supported by Facebook, which enhances its trustworthiness and longevity in the market. Alongside, it is tested by 1.18 million users daily. Its other component, React Native allows porting the app build by React to native, applications, that make it the preferred choice for development. It utilizes the component-centric approach, where the component built using JavaScript can again be used. In addition, you are able to render application to various operating systems, devices and browsers.

The progressive, complex and frontend driven web apps are smoother with Webpack. The webpack is unbeatable when it comes to forming the dependency graphs in a swifter manner for progressive web app development. Although, it is notorious for its bit tricky learning curve, still this best module bundler you ever find with the elimination of managed dependency requirements.

Knockout is recommended for small progressive web apps, where execution speed is key. Knockout shakes hand with JavaScript, and let you handle the MVVM (Model-View-View-Model) binding. At the time of design sprint, Knockout can be used the proof of concepts and extending HTML and templating.

The web development services are incomplete without the proper monitoring. Lighthouse can be installed as a chrome Plug-in for performance monitoring. With lighthouse, you get detailed analytical reports for numerous subsections, which consist of a specific technology, which can be modified or added to amplify the progressive web app performance. Lighthouse accompanies with the optimum performance through guiding you on the right path and testing your websites as well.

The progressive web app is the current trend and going to make the significant boom in 2019. It is yet to see if it is really the impact making a trend or the just the common open and shut case. Although, the native apps have some magnificent advantages, which progressive apps are still lacking, still there are many things that progressive app ranks at.

The most viable is the scope of availability. With a native app, your audience gets limited. Two mobile operating systems reigning in the market, Android and iPhone both have their own loyal users, whereas with PWA running, you enjoy 100 percent access with your universal tool. Windows is just limited now for web development services, so it is not the issue to think now.

Android integration is better with PWAs which iOS does not offer. Comparing the native app and progressive app, the Android integration is equally good. The home screen installation is simpler and straightforward on Android. As user access the PWA over its Android browser, he is prompted to install on the home screen, which renders to the quick access. The iOS devices also support the installation of PWAs on the home screen, but there is no prompt symptom, which could tell the user that it is a viable option. Moreover, iOS also does not give any clear instruction for the process.

PWA is compatible with iOS upto a certain level that sometimes seems less in comparison to Android, but still whatever favor it does, thanks to Apple. Apple's took its latest move with the service worker support in Safari, which is a major improvement. If you hire PWA developer, he may explain how important this change is.

With PWAs, the user will not receive the location-based notification. The progressive web app and the native app gives the same features with one major difference of PWA apps not supporting the location-based notifications. Right now, it is a big hindrance for progressive web app development, but later with the technology enhancement, it can also be tweaked. However, PWA let you send push notification according to targeted factors such as country and city. Therefore, enhancement is always there.

Once you hire PWA developer and get your app running, the discoverability is an issue that is needed to be checked and solved as early as possible. SEO helps the businesses in their fledgling stages, wherein helping the customers to discover more about you. PWAs are centered on search engine queries. App store optimization lacks the power of traditional SEO, which is a significant issue in 2019.

In 2019, trends are steeply changing; requirements are enhancing and constantly shifting to another side. Progressive web apps are not yet fully developed, but no doubt is there, that it has powerful platforms, sound growth and slowly replacing the native apps. Why go for the partial market segment, when you can just aim for the complete portion of the meal. In 2019, a challenge is thrown already to native apps by PWA based on the exponential increase in its power every day.