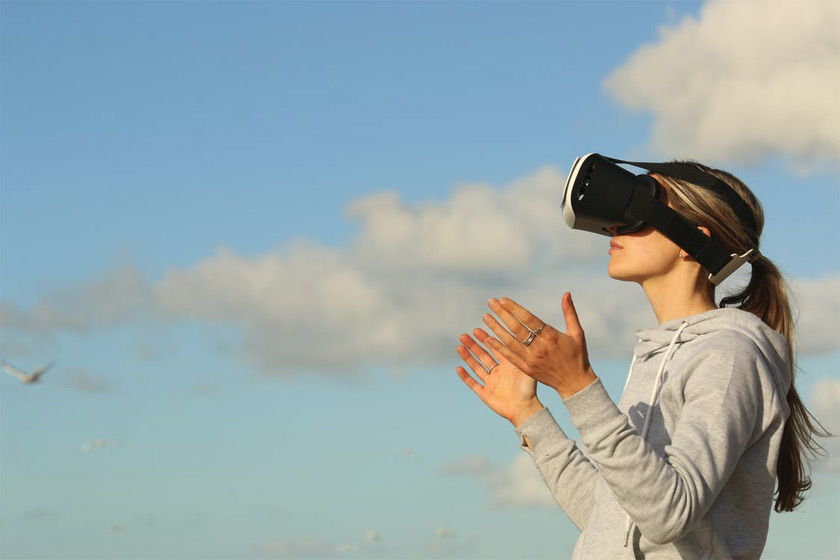 Complex as technology goes, people often fail to differentiate between AR and VR. AR stands for Augmented Reality which means to enhance and add computer generated elements like voice, touch, graphics and video in the real world. It is a hybrid of the real and the virtual world.

If you are an iPhone app development company, you already know for how long the AR and VR technology is being used to develop apps and games. Well, the AR and VR technology started gaining much prominence in 2016, although, almost a decade’s work was involved in the backend. With the launch of many mammoths in the world technology like Oculus Rift and Pokémon Go!, many iOS app development companies jumped into the scene.

Now let’s take a look at some VR miracles from the best iOS app developers in the world. To be able to experience VR you will need to have a VR headset (Oculus Rift, Vive, Carboard) and some of these apps. Let’s get started.

Youtube is already installed in your iPhone, and it is becoming one of the best VR technology based iOS app. The integration of 360 degree videos is increasing the amount of VR content on a daily basis. The 360 degree videos lets you rotate and look around as you would do in real life. It’s immersion at its best. The introduction of 360 degrees camera is like a boon as professionals and amateurs shoot and upload content for you to explore and exploit.

Originally called VRSE, Within is a platforming story teller in the virtual world. It features gripping sagas set in fictional world, documentaries to enhance your intellect and take it to a whole new detailed level. It has a wide rainbow of genres that bring excellent story telling experiences. Undoubtedly, it’s the future of world renown platforms such as Netflix and Amazon Prime.

Price: Within is free to download from the App Store.

Google Street View is the pocket version of Google maps’ ground level feature. Combine this with Virtual Reality. Now what you get is a VR view of anywhere you want to visit in Street View on Google Earth VR. It is not limited to Google Maps only as the users can also use Street View to make their own 360 degrees photographic spheres and add to their collection.

Price: Google’s Street View and Google Earth VR can be downloaded for free from the Apple Store.

The company behind the idea of Jaunt VR is easily one of the best iPhone app development companies due to it’s revolutionary idea. The technology it provides offers a high class and extremely immersive solution to experience cinematic VR. They have also developed various hardware and software tools that make their VR immersion one of a kind. Ranging from travel, sports, music and films, Jaunt offers a variety of 360 degree virtual reality videos.

Price: Jaunt VR offers amazing value to the VR and is free to download.

Explore the heavenly bodies in space and experience the divine beauty of the solar system, in this accurate space simulator. It is called the first Virtual Reality Planetarium. This star gazing app has generated 20 million downloads worldwide. It offers a virtual 3D solar system to explore. It also boasts a Sky View mode that creates a night sky view based on your coordinates.

Price: Star Chart is available to download on the Apple Store for 4.99$.

Let’s talk about the other counter part of digital reality i.e. Augmented Reality (AR) and apps based on it. Though AR has sounded like a thing of the future, it has been around for a while. iOS application development based on the AR has produced some masterpieces in the world of technology. Some of the best are listed below:

Released in mid 2016, Pokémon GO! Took the world of mobile gaming by storm and showed what AR is really capable of. It quickly gained popularity amongst the young and elders alike and gave them a reason to wander around in the real world to catch Pokémon. The application uses GPS technology to track and mark your current location. Currently it has a pool of 150 pocket monster for you to catch and train. After the release of Pokémon GO! Niantic became one of the best Android and iOS app development companies universally.

Price: Pokémon Go! can be downloaded for free on the Apple Store.

Ink Hunter is a unique iOS app that let’s you try out tattoos on different parts of your body. You can either choose one from the collection or add one of your own creations. Tattoos placed on body is the exact replication of tattoos you get for real minus the pain you go through. You can also calibrate tattoos by the in app editor. Earlier only featuring Black and White Tattoos, it now supports colored ones as well to give a better understanding of how they will turn out when permanent.

Price: Ink Hunter is also free to download from the Apple Store.

Google translate lets you translate one language to another language and vice versa. But it’s not only limited to typing as it also has a voice input feature and an AR feature. The voice input works by recognizing the voice input and translating it to a readable language. The AR feature let’s you translate any language by just snapping the picture of a text you don’t understand. It scans the text and then converts it to the output language selected. It supports a vast number of languages and features language packs for users to download. It may not be a hardcore AR app but will for sure help you out when you get stuck somewhere.

Price: Google Translate is free to download app on the Apple App Store.

Amikasa is a free app from one of the best iPhone app development companies – INDG. Amikasa styles and recreates your room using décor and furniture from real life brands. It helps you figure out your desired layout before investing in some piece of décor. You just have to walk around in your home and position your camera to place augmented 3D models of furniture you fancy. It is technology, fun and utility combined.

Price: Amikasa is exclusively available to download for free from the App Store.

Wallame is a free app that lets users uncover and hide secret messages in the real world via Augmented Reality. The messages you leave can only be revealed by users who have Wallame installed. You have to take a picture of a nearby place and then use the in app painting and scribbling tools to create your own and unique secret messages. There is also a friend only feature which ensures that only your Wallame friends can uncover your messages. This free app also helps in reducing the amount of damage people do to public walls and buildings.

Price: It is available on the App Store for a free download.

Summarizing it all up, the AR and VR technology which were perceived to be a futuristic technology, are making it’s presence felt nowadays. This technology will

take over every aspect of our life, not just the mobile world. Prepare yourself for some breathtaking digital reality innovations.