How to make your app startup go viral the Uber way

Why do you attach those social sharing options to your app? Simple, for it to go viral. To be viewed and downloaded by as many users in a day/month so that you reach a milestone with your startup app business.

A remarkable example of this is how Uber started out. It officially launched in 2010, and just six months later, their user base touched to 5,000 users with a total of almost 10,000-20,000 rides. There was no magic spell; Uber too started with a completely new idea, a completely new approach but then, what got it here where it is now (valued at $66 billion operating across 527 cities worldwide)? How much does an Uber app cost? Does your startup really need virality? These and other questions are answered by the mobile app development company Konstant Infosolutions in this article.

Thinking of developing a mobile app in itself is a great idea to reach out to global audiences and spread your message. As far as mobile app development is concerned, it’s all about going viral and gaining popularity.

Though it’s true that virality through social media plays an important role in increasing the app downloads, what takes you up initially is all what you serve, how you serve and where you serve. Hitting the bull’s eye for all these three What, How and When differentiate you from other startups that either fail in the very start or fade out eventually.

Many think that they know what startups are all about and how they behave, but very few actually know the architectural layout and rendering of an app growth.

What’s the secret behind those few successes? It’s indeed a valuable service that serves a societal need.

But what’s confusing here is that a funny baby video can go viral on Facebook or internet across global users but a profitable, problem-solving app or software can’t. No wonder, some products are amazingly powerful to spread like wildfire, you don’t have to effort crazily once the process is initiated. Only a smart strategy, an eye for the future is the pressing need.

It’s not only Uber, apps like Pinterest, Twitter, Pokémon Go, Instagram, Instacart and many others have received accolades and have been catching on with each new year. How can you create that buzz about your mobile app? What should you do if your app does not make a penny in three months? What do users think when they download a mobile app? How can a startup gain that acceleration and motivation to go beyond its possibilities?

Read through and getanswers to all these questions here.

Chiefly important, until your mobile app can serve a real-time everyday purpose of a user, it’s of no use. The audience everywhere around the world is smart enough in identifying what is useful for them or what will just be eating out their phone storage.

Uber entered to resolve a problem, to unburden people from standing in the hot sun, thunders and chilly winters outside their houses/places waving their hand to a cab or a taxi. It all just went off with just one app on your smartphone. Book a cab wherever you are just through few taps on your mobile screen. Who doesn’t need to hire a cab? No denying, all of us have used an Uber service at least once.

Before just launching the app, give it a second thought. Think what you are doing is meaningful and adding value to the user.

This is what we, at Konstant Infosolutions, do the best. We help you serve the society, the users, the customers in most engaging way through our intuitive and innovative mobile app development.

To go viral, you need to grab audience attention, and for that, you must offer something in return. Most users are attracted to heavy discounts and savings. If they can get benefited for sharing your app with family and friends, they sure will do it.

Improve user experience with new and innovative and more valuable each time an existing user opens your app.

For each share, let them enjoy a paid service for free, offer them few interesting boosters during the app usage. Increase the payoff when more people share it massively. Create groups or sharing campaigns that will help those group members save more if they share more.

Besides, keep it effortless. Just a click and their cousin or friend with whom the user wants to share should receive a message, an email on their smartphone. One like from Facebook will count. Design some easy ‘call to action’ buttons that visitors can choose to share. 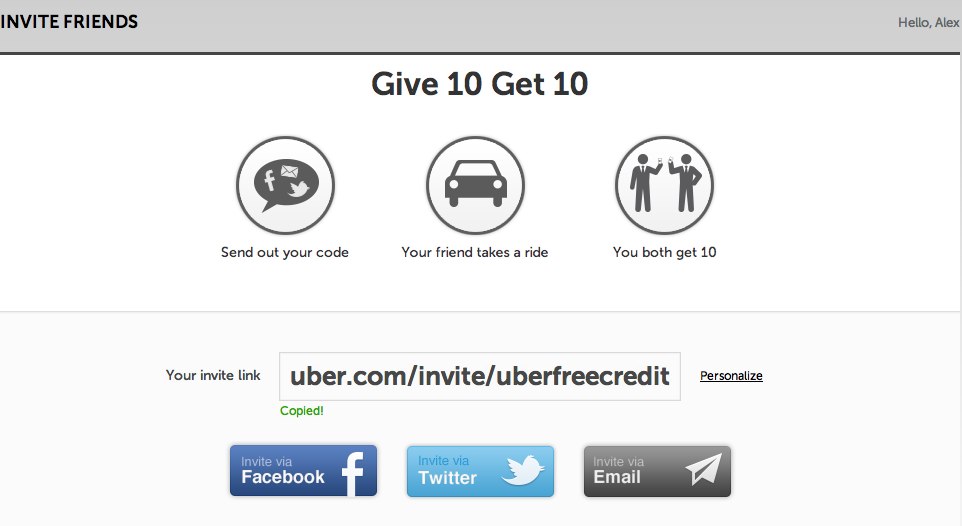 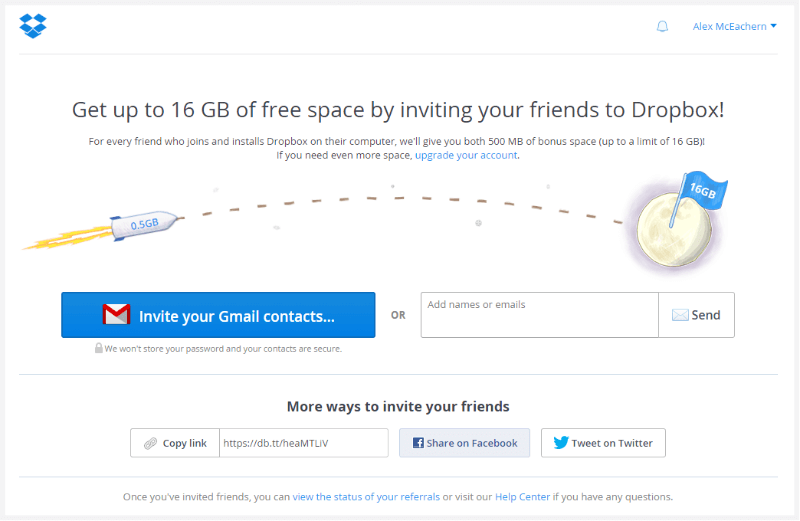 And what human behavior says: if things like an app download is suggested by a close family member or friend, the recipient would definitely open and explore it for once. Once downloaded and opened, the frequency of use completely depends on how well you do the value positioning. It’s the flow of your app, the design, the usability that will take on the virality now.

Identify your star users and reward them

Humans are empathetic, they love to be recognized, to be rewarded, to be acknowledged by an external party apart from family and friends. That’s the kind of emotional appeal you have to create of your business app in the user’s mind. Since you are a startup, nobody knows you until now, but to gain that identity, you have to first give that identity to users.

How to take your users to the next level of app usage? Refer them as a Star user like Zomato did when it categorized users based on how often they open and perform an activity on the apps like Big Foodie, Super Foodie, Connoisseur and alike. This certainly has increased customer engagement of the existing users as they feel like a part of the app family and can relate well.

These star ratings or ranks fire them up emotionally, attach them to the app, give them a positive vibe and then they are inspired to recommend it to fellow mates and colleagues.

Integrate your product with a powerful app features

Pokémon Go, for example, why did it grow at such high speed, capturing the top download rankings everywhere it launched? It used your phones’ current location.

One thing that enticed users is showing them a Pokémon where they werec urrently playing the game in a real-world location. The app made effective use of GPS and Mapping apps such that it is more popularly known as location-based gaming. The innovation lies in it using user’s location and where they move.

Similarly, Uber made the best use of GPS. In fact, without location tracking, Uber is of no use to anyone. Though location-based app integration is not new, it is how Pokémon Go implemented it with its own gaming idea was worth those number of downloads.

If you have a gaming app and a user loves to play the game you have developed, that user may be interested in playing some other games of similar types or its other variants.

A startup, if endorsed by an established brand, will certainly grab a sudden attention. This is called cross promotion. As a mobile app development company, promote your app on a similar (related) app that can help you with a number of clicks. It’s like ad sharing but in a more relevant and related manner.

All you need to do is implement a cross-promotional bar on the top or side of the already viral app, track the number of clicks and installs you get from this and then decide to continue or drop it. Many of the apps have been seen adopting this strategy like Candy Crush.

Nonetheless, avoid doing too much of it because in that case, you can be thrown as a spam and lose your credibility before you ever gain it.

Perhaps, as a startup or as a developer, if not initially, you may be able to create that existence in the later stages. Don’t be discouraged if your mobile app idea doesn’t gain that speed or is not naturally viral. Try coming up with more creativity, more problem-solving skills, a purpose so convincing users to choose you over others and help you build a brand value.

Android or iOS? Which mobile platform should you choose for your app?
News of Build, Microsoft’s annual developer conference