How to go global with your app via localization

Today, being global means you go local. What does this mean for your mobile application? It means making your app truly global through localization. What is localization and why is it important for your app? How to go about making your app compatible to the local audience? Let’s examine these aspects in detail.

The world’s population is spread unevenly across the globe, with the maximum population in Asia. The Asian continent therefore represents the biggest audience for any mobile application, given the fact that there is the highest concentration of mobile app users in this region. Understandably, anyone who wishes to make their app global should be concerned about reaching this population. The catch - English is not the first or even the second language to most of the population in Asia.

Localization means adapting your app to ensure that it’s available to every audience around the world. This is why localization is important. Here is a spread of languages across the countries of the world. 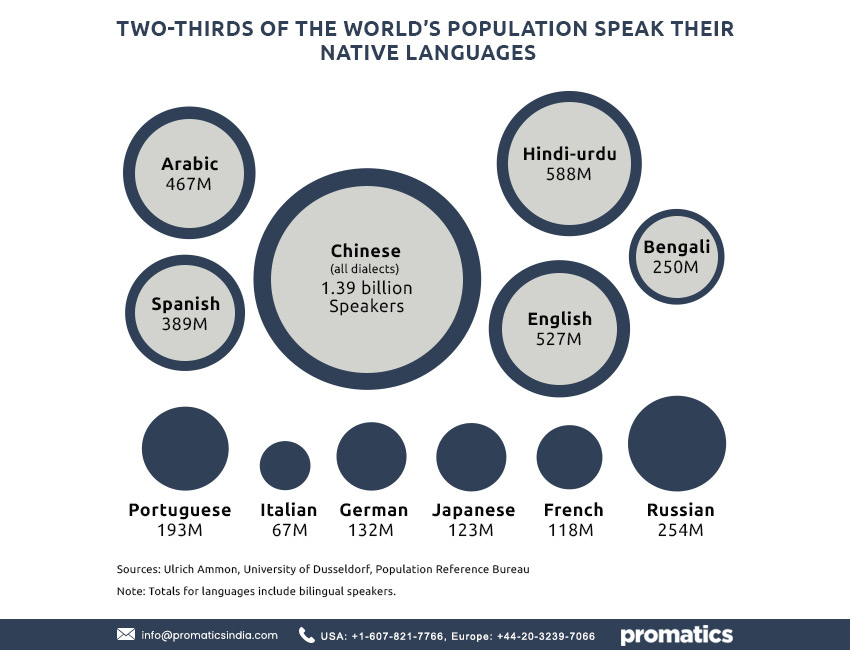 As you can see, the English speaking population is quite small and represents less than a quarter of the world’s population.

For years, global businesses such as Pepsi, Ford and McDonald’s have tailored their products to suit local tastes and preferences, but recent years have seen a cultural revolution – In which people groups have sought to be seen as being ‘global’ or ‘in fashion’ by adapting the tastes and preferences of other countries into their own cultures. With the lightning speed at which the internet and media connects with people across the world, it’s no wonder that people are beginning to realize, in real-time, that their preferences are in fact quite similar to each other.

That said, a small gap still exists between people groups, only in terms of language. When the internet and other media sources are available for each people group in their local languages, it is imperative that a mobile app must be available in all or at least most languages. Hence, it’s because of globalization and the rise of the global marketplace, no mobile app development company can ignore localization. 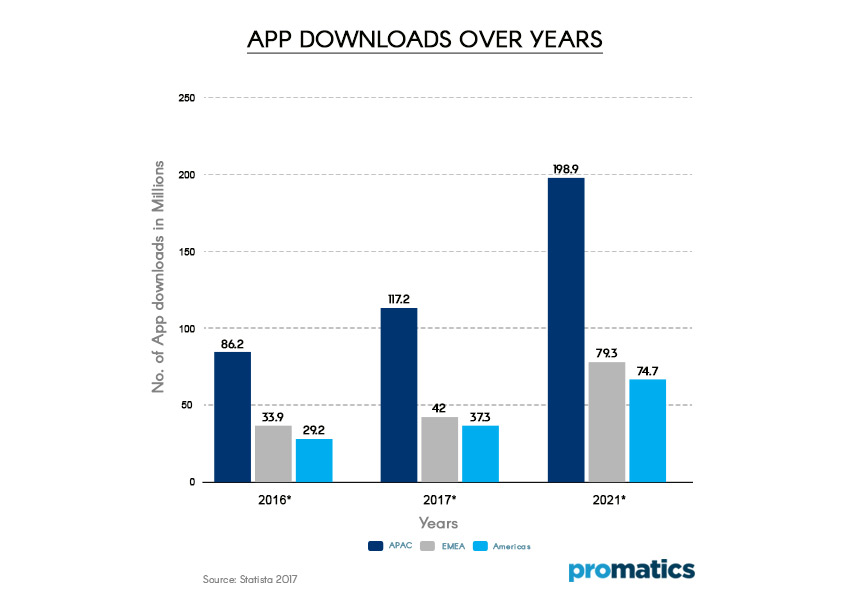 HOW DO YOU LOCALIZE YOUR APP?

Any serious mobile app developer must consider localization at the initial phase of development of the app. This is because adapting the mobile application to a local language at later stages could be much harder, owing to the fact that space requirements, layouts, special characters and the general compatibility of replacing English with another language may not match with the original app design. 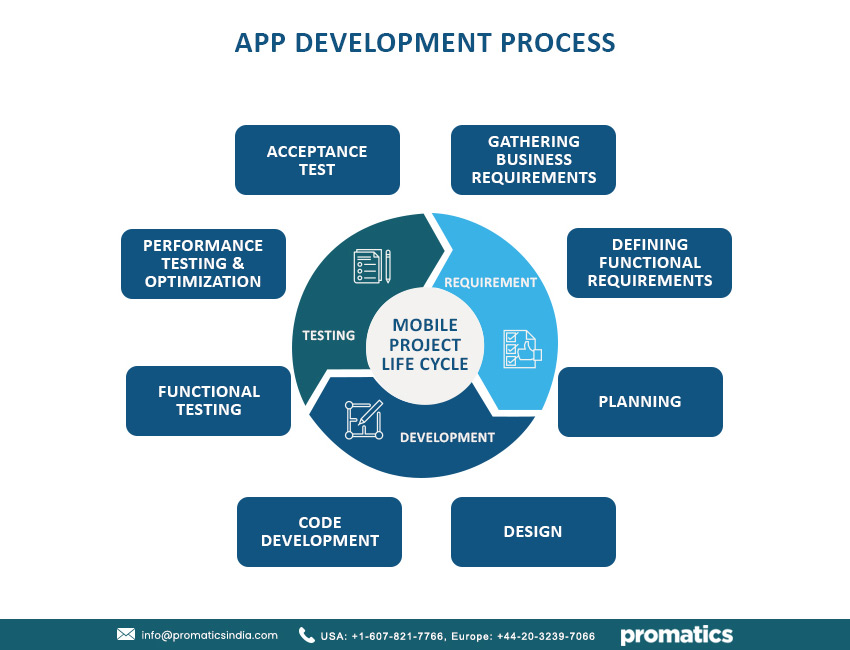 There are different approaches to localizing an app. However the most common ones are:

1. The first step to begin with is to decide which languages your app will support. Based on this, use a different format of code for each language, for example one could use a four letter code for the Chinese language with suitable sub-tags. Having decided on the codes to be used, each language with their most popularly used dialects are also included. For example: US English and UK English, or Metropolitan French or Canadian French, Brazilian Portuguese or European Portuguese, etc. So, left to right scripts are easy to handle, however, right to left scripts need additional changes. First, the mobile OS most compatible with the language is used when writing the code. Further, the declaration that the app supports RTL formats is included in the app manifest file. In following, the RTL code replaces ‘left’ and ‘right’ with ‘start’ and ‘end’. Example of RTL languages are Arabic, Hebrew or Farsi.

2. Translation: Mobile app developers are certainly not experts in languages. Hence, giving your app content to a translator is necessary to ensure proper testing and release. This is a step that runs in parallel to the first step of including relevant code in your app’s design.

An additional task for you is to provide your translator with the correct context in which the text will appear. For example: a line of text appears next to an image, or just below an image, whether it’s a header, a quote or a clickable button or the size of the button will be of tremendous help to your translator, thus reducing time consuming re-works on the script.

3. Resources and layout: images, text, audio and video files are all resources used by your app. Resources that do not contain specific language text or location identifiers are all placed external to the code, such that the app is programmed to simply load these resources when opened regardless of the language of choice. When doing this, ample flexibility has to be worked into the design layout so the resources fit nicely even if the script expands or contracts. Example, the German language expands up to 35% compared to the English language while Japanese language translated can contract up to 55%. In this case text or video files must be flexibly placed to prevent them from running off-screen or from leaving large unaesthetic spaces on the app page.

Example: when the text may expand or contract, giving the layout a flexibility to be displayed in landscape or portrait form is just one among many ways to program flexibility into your app’s layout. 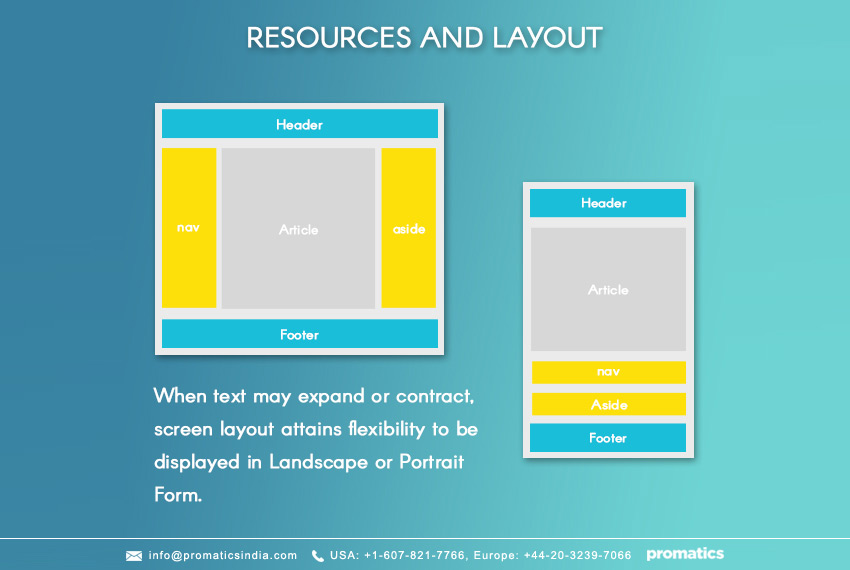 In addition to externalizing resources such as images, audio and video files, another resource to consider is the date, time, currency and units to be used. The simplest way to deal with this is to access the user’s system date, time, and include a location specific select option for units of quantity and currency.

4. Testing and App Store Optimization: testing of your app must be performed on multiple devices with varying OS and screen sizes. In addition the compatibility of the app with chosen languages and its functionality is tested. Furthermore, a test to check whether your app returns to default settings if an incompatible language is chosen is also done. Once the app passes the testing, ensure that your app is available at relevant app stores. Example: Google Play or Apple Store is not widely available or used in China, so if your app has been painstakingly designed for the Chinese, there would be no takers if not made available at Chinese app stores.

So, for all mobile app developers who wish to own a truly global app, they must go local. Localizing reaches far more customers than a simple app, it also produces exponentially more income and also paves the way for more satisfied customers and new business avenues.

It’s critical to remember to have a set plan of action – in deciding which languages to have the app available in, to ensure that context based translation is done, and that the resources and layouts are well thought out. Furthermore, as with any new product, thorough testing is conducted to ensure that every app user is engaged and satisfied with the mobile application.